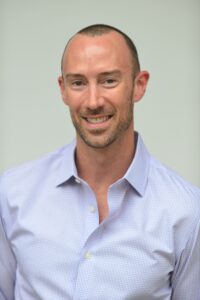 James Ady began dancing when he was 15 in Clinton, Iowa, before attending the North Carolina School for the Arts his junior and senior years of high school. After graduating from NCSA, he trained at the San Francisco Ballet School before joining Pennsylvania Ballet in Philadelphia. Ady danced numerous lead roles before leaving in 2002 to join American Ballet Theatre. While with ABT, he performed in Swan Lake, Le Corsaire, Romeo and Juliet, La Fille Mal Gardee, and toured nationally and internationally with the company. During his time with ABT, he worked with Lar Lubovitch, Natalia Makarova, Stanton Welch, James Kudelka, Georgina Parkinson and David Parsons. Ady returned to Pennsylvania Ballet in 2003 as a soloist and was promoted to principal dancer in 2005. Favorite leading roles include Romeo in John Cranko’s Romeo and Juliet, Albrecht in Giselle, Prince Siegfried in Christopher Wheeldon’s Swan Lake, Colas in Sir Frederick Ashton’s La Fille Mal Gardee, the 3rd Sailor in Jerome Robbins’ Fancy Free, and in numerous George Balanchine ballets including Agon, The Four Temperaments, Slaughter on 10th Avenue, Valse Fantasy, Serenade, Ballo della Regina, Bugaku, and Concerto Barocco. After retiring in 2008, he graduated magna cum laude from Boise State University in 2012 with a degree in journalism.

In 2013, James accepted an offer to become Rehearsal Director with Ballet Memphis. This position gave James the opportunity to develop his pedagogy and combine various aspects of his dance experience, while teaching daily technique class for the company. During his time with Ballet Memphis, Ady staged numerous ballets including The Nutcracker, Matthew Neenan’s Party of the Year, and Petr Zahradinek’s Day and Night in FedEx City. Ady enjoyed extensive touring with the company to multiple dance festivals in Saint Louis, Baltimore, Shreveport, and Kansas City; preparing many ballets such as Trey McIntyre’s In Dreams and Julia Adam’s Devils Fruit.

In 2015, Ady became an assistant professor and lecturer for three years at the University of Utah in Salt Lake City. While there, he taught all levels of ballet technique, partnering, men’s and women’s variations, pointe, and men’s technique class. He assisted numerous choreographers, including Matthew Neenan in a world premiere, as well as Stacy Caddell, from the Balanchine Trust, staging George Balanchine’s Walpurgisnacht.

Coming back to Los Angeles in August of 2018, Ady is excited to be part of the vibrant LA dance community. He is currently teaching at the Trudl Zipper Dance Institute at the Colburn School and Westside School of Ballet.