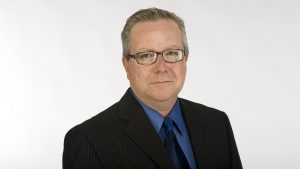 Paul Hodgins is a musician, composer, arts journalist, critic and educator who has worked with dancers and choreographers in the U.S., Canada and the U.K. for four decades. Hodgins is an important contributor to the field of choreomusicology, the study of relationships between music and dance. His 1992 book, Music, Movement and Metaphor, was the first extensive analysis of choreomusical affinities.

Hodgins holds a DMA degree in composition from the University of Southern California, where he received the USC Jimmy McHugh Endowed Composition Prize and studied with Morten Lauridsen, Frederick Lesemann and Robert Linn. Hodgins earned a MM degree in composition from the University of Michigan, studying with William Bolcom, William Albright and Leslie Bassett. Hodgins received his undergraduate music degree at the University of British Columbia in his hometown of Vancouver, where he studied composition with Stephen Chatman. At 17, he was granted an Associate Diploma in piano performance from the Royal Conservatory of Music (Toronto).

Hodgins has enjoyed a full career in two fields, academia and journalism.

As a dance musician and teacher of music for dancers, he has worked at Simon Fraser University, Nonington College (Kent, U.K.), Eastern Michigan University, and the University of California Irvine, where he was music director of the dance department and founder of the Gassmann Electronic Music Studio. He has been active at summer festivals and conferences as well, including ACDA’s National College Dance Festival, Regional Dance America’s Craft of Choreography Conference and the Banff Centre’s Summer Professional Dance Program. Hodgins also served as a faculty member for the Carlisle Project under Barbara Weisberger.

In the studio, Hodgins has worked with Reid Anderson, Alexander Godunov, Choo Chiat Goh, Jillana, Andris Liepa, June Mitchell, Grant Strate, Antony Tudor and many others. He is an accomplished keyboard improviser in a multitude of styles. Hodgins’ chamber compositions have been performed by the Kronos Quartet, the Current and Modern Consort, the Sierra Wind Quintet and other groups.

Hodgins has been a performing-arts critic for almost 25 years, working principally for The Orange County Register and covering major events in Southern California and New York. He has also written for American Theatre, Backstage West, Electronic Musician, The Journal of Alta California, Journal of the International Guild of Musicians in Dance, The Sondheim Review, The San Diego Union-Tribune, Variety and other publications.