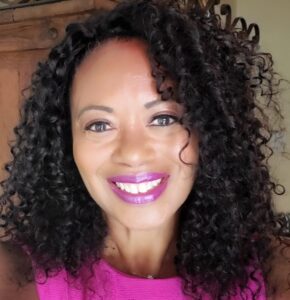 Prior to this role, Alleyne was the Director of US Citizenship and Market Management for Microsoft’s West Region; covering two districts and 13 states. In this position she led all of Microsoft’s regional public affairs and community affairs programs and strategies.

Prior to Microsoft, Alleyne was Nike’s Western Region Community Affairs and Communications Director. Alleyne started her career at Nike as Group Public Relations Director of Core Sports. She joined Nike after eight years with AT&T’s Pacific Region in Los Angeles where she served as Western Region Director of Public Relations and Community Affairs.

Alleyne served as Cultural Affairs Commissioner under Mayor Antonio Villaraigosa for six years, and currently serves as a board and executive committee member of the Los Angeles Area Chamber of Commerce and the Greater Los Angeles African American Chamber’s Education Fund. One of her passions is to mentor youth and adults –especially the underserved—providing STEM and Artificial Intelligence skills and programming. Most recently, Alleyne was appointed to the prestigious USC Glorya Kaufman School of Dance Board of Councilors. Dance is a great passion for Alleyne who studied under Virginia Williams at the internationally acclaimed Boston Ballet. Also at USC, Alleyne sits on the Marshall Corporate Advisory Board, an advisory group that serves as a crucial link between the school and the international corporate business community and provides input on the strategic direction of the school.

Alleyne graduated with honors in Semiotics from Brown University and studied Broadcast Communications for a Masters’ degree program at New York Institute of Technology.

She is the author of a self-help book, A Punch in the Stomach: Taking Back Your Life After Job Loss, and has received community, social impact and D&I awards from Microsoft, EmpowerHer, The Help Group, Claremont Lincoln University, National Action Network and the Boys & Girls Club of America. She is a member of the distinguished Microsoft Gold Club, which recognizes extraordinary employee performance and contributions towards achieving key company objectives. She is also a member of the prestigious Aspen Institute Socrates program.

Alleyne is a native of Boston, Mass., and an avid gourmet cook, professional baker and wine collector. She has appeared on national TV’s Food Network and currently resides in Silver Lake, Calif.