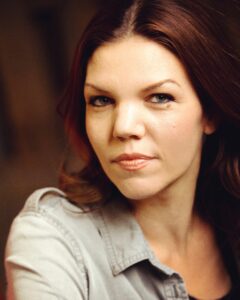 Kelly Alvarez, MFA, is a dance artist, scholar, educator, and native of Los Angeles. She received a Bachelor of Fine Arts in Dance with honors from The University of the Arts in Philadelphia, and a Master of Fine Arts in Dance from The University of California, Irvine, where she was the recipient of the Medici Scholar Award, The Elizabeth and Thomas Tierney Scholarship, and The Claire Trevor School of the Arts Travel and Research Grant.

Alvarez has danced original works by Christopher Huggins, Curt Haworth, Kim Bears-Bailey, Brian Sanders, Winifred Harris, Paula Present, Rei Aoo, Deborah Brockus, Chad Michael Hall and Manfred Fischbeck, among others. She has also appeared in commercials such as Diet Coke and in music videos for The Smashing Pumpkins and Depeche Mode. Alvarez’s choreographic work has been presented nationwide and has received numerous awards and recognitions. An avid teacher for over 25 years, she has taught dance and Pilates throughout the U.S. and is also certified in the ABT® National Training Curriculum. She has taught at Loyola Marymount University, Cypress College, The University of California, Irvine and The Edge. Alvarez is currently on faculty at the American Ballet Theatre William J. Gillespie School and Glendale Community College and is honored to be teaching at USC Kaufman School of Dance beginning fall 2022.

Since receiving her certification through Core Conditioning in 2007, Kelly has taught Pilates and worked as a physical therapist’s aide, training and treating people of all ages and abilities. In this setting, her interest in injury prevention and rehabilitation was cultivated, and she brings this knowledge and expertise to her approach to teaching dance technique. Alvarez was an on-set Pilates instructor to Michael Jackson’s dancers in preparation for the famed “This Is It” world tour and can also be seen in Balanced Body’s official webisodes and in Richard Simmons’ Workout Wednesdays videos.

Through her scholarly research, Alvarez aims to bridge the gaps between modern dance’s rich historical past and the current dance climate, with emphasis on the ways in which dance history influences ones’ own “artistic ancestry.” She examines the ways in which Denishawn and Los Angeles affected one another, and how the element of a celebrity figure might have played a role in the success of the company and its founders, Ruth St. Denis and Ted Shawn. Alvarez has presented her research at the Osher Lifelong Learning Institute (OLLI).