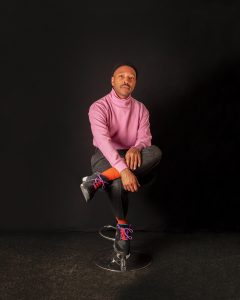 Kyle Abraham joins the USC Glorya Kaufman School of Dance in fall 2021 as the new Claude and Alfred Mann Endowed Professor of Dance. In addition to Abraham joining the USC Kaufman faculty, up to 10 members of his dance company, A.I.M., will teach a week-long intensive every December at USC Kaufman for BFA students, as well as professional and pre-professional dancers.

Kyle Abraham | Photo by Tatiana Will