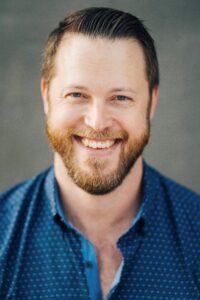 Kyle de Tarnowsky is an educator, composer, and music director/pianist in the musical theatre, film/television, and dance worlds of Southern California.

Kyle is a Lecturer at the USC Thornton School of Music, teaching the Music for Dancers course. Kyle is also on the faculty at the AMDA College of the Performing Arts, where he teaches music classes and is a vocal coach. In the film/television world, Kyle has composed, arranged, and/or orchestrated music for a variety of projects, from award-winning short films to studio features and the Academy Awards telecast. His music has been premiered by the Urbana Pops Orchestra, and he is in the process of composing an original musical based upon the long-running television series “Murder, She Wrote.”

Kyle is the Music Director at the USC Glorya Kaufman School of Dance, where he supervises the school’s music department and serves as a pianist for dance classes. Additionally, he is active as a music director/conductor and instrumentalist for various stage productions in and around Los Angeles. An east coast native, Kyle grew up in New England and studied piano and clarinet. He earned his Bachelor of Music degree in Music Composition from Florida State University and completed the Scoring for Motion Pictures & Television graduate program at the University of Southern California.