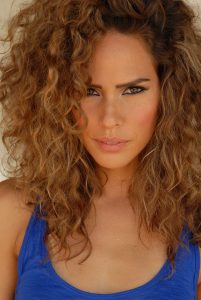 Rosanna Tavarez, MFA, is a choreographer, performer and educator. She has worked with Marina Ambramovic, Ryan Heffington, Travis Payne, Tony Michaels and Rosanna Gamson/Worldwide. She also toured with N’SYNC and Jessica Simpson as one-fifth of the girl group Eden’s Crush and covered the Emmys, Grammys and Oscars in addition to hosting her own shows, as a television personality for FOX, E!, TVGuide Network, and Telemundo/NBC. Rosanna teaches Countertechnique and is a certified 500-RYT Yoga Instructor.