Student Blog: Dancing on and off the screen 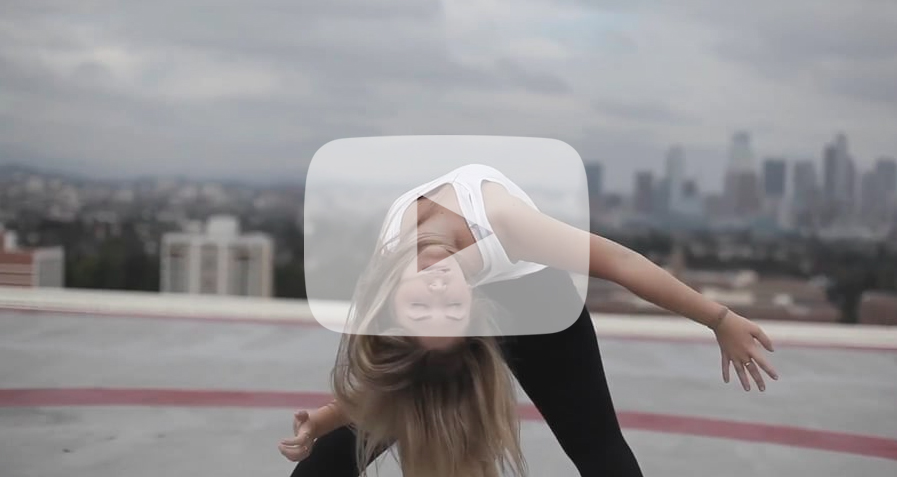 This semester, I had the opportunity to take DANC 363: Dancing on The Screen with professor Jennifer Lott. Throughout this course we stepped through the history of screen dance. Because modern dance had been brought about around the time that the medium of cinema was created, both dance and filmmaking had intersected in a very natural relationship in which they evolved hand-in-hand. As students, we learned to think critically when observing dance on the screen by identifying camera & editing techniques, choreographic trends, possible influences from filmmakers & dance directors of the past, and the greater cultural, socio-political, and economic context within the development of the film. We studied the great innovators of this art, including Georges Meliès, Loie Fuller, Busby Berkeley, The Nicolas Brothers, Gene Kelly, Fred Astaire, Jerome Robbins, Paul Taylor, Michael Jackson, Pina Bausch, William Forsythe, and Merce Cunningham. We looked at the earliest days of filmmaking combined with modern dance to how it progressed to the musical cinemas with the advent of sound recording; to the art of dance within contemporary music videos; to the recorporalization of the body in post-modern performance art.

As a dancer and aspiring media creator myself, this class enriched my palette for dance on the screen and bestowed upon me the skills to properly analyze and critique screen dance. Professor Lott encouraged her students to explore this art with a critical eye, prompting us to look beyond what we saw on screen and at the greater context of dance and media-making as a whole. When viewing modern-day examples that contained elements of dance, we were challenged to notice film & choreographic influences from hallmarks of past innovators that we studied. Professor provided us with a wide range of screen dances to watch from the past & present, enlightened us with her critical knowledge of the medium, as well as shared informing texts by authors such as Sherril Dodds, Doug Rosenberg, and Adrienne McLearn who critically analyzed the dance filmmaking landscape and the players within it.

Our final project assignment was to create a dance film ourselves in groups of six. As a student with various areas of interest, I’ve always been interested in finding an intersection of dance and other disciplines that I’m engaged in. I saw this project as an opportunity to explore the medium of film along with dance. I was excited to utilize my experience in film production, my dance background, and the knowledge I learned throughout this course to produce a work of art on my own. I felt very advantaged with my group because we all either had film production experience or dance experience. After discussion, we decided to pull inspiration from Yvonne Rainer’s “No Manifesto” written in 1965 during the post-modern revolution of performance art. This had us thinking: what does it truly mean to eliminate spectacle, virtuosity, and style from dance? How do you create a piece around the essence of nothing? Our choreographer, Makenzie Murdock, had suggested the song “Introduction; Nothingness,” a song containing Allan Watts’ spoken word about the void experienced in life: we are in a present state of nothingness, simply meaning that we are constantly surrounded by the lack of something else.

As the director of this project, I utilized my experience in both film and dance to envision the piece as a whole and oversee the process of creation. We decided not to have a clear narrative for this piece, but instead present an appreciation for life and movement in its greater context. The No Manifesto motivated us to make choices without putting too much thought into the intention behind what we were creating. Makenzie, the choreographer, stated that the spoken word had led her to work with the idea of negative space. She attempted to create moments of negative space that were to quickly be filled with new movement. Influenced by the No Manifesto, she also chose to have moments of structured improvisation included in the piece, with mainly pedestrian movements that were stripped from style. During filming, we had two cinematographers, Annalise Pasztor and Rachel Glouberman, who were able to capture different camera perspectives and even different frame rates while filming the same shot. I decided to shoot in multiple locations to take advantage of the manipulation of space and time that filmmaking provides. I directed the dancers during improvisation, based on my inspiration by both the lyrics of the spoken word and what I saw on camera within the moment. Our filming process purposely did not have much structure, which gave me a lot of a creative control as the editor because of the volume and variety of footage we ended up with.

Similar to how the words influenced the choreography, it also impacted my editing choices. I went through the footage and pulled pieces of movement and imagery that stood out to me as relating to pieces of the spoken word. For example, on the word “illusion” I inserted a close-up of a hand, symbolically relating to a magician. I was also inspired to make certain cuts, such as on the word “transition,” where I fade from two shots of the same dancer but within different locations. When the speaker talked about death, I used darker shots where the performers were low to the ground; whereas, when he talked about life, I used more energetic movement. I also muted the colors of the entire picture to contribute to the monotone feel of the piece, which reflected both the music and the spoken word. Having dance experience also made me aware of the timing of the cuts I made. I would either make cuts right on a chord change or use a clip with dancers performing a certain action right on the beat. During the crescendo at the end, I sped up the timing between cuts to contribute to the intensity. I cut between the two locations of the mise-en-scene in the sun and under the shade of the parking structure to further accentuate the idea of a manipulation of space and time. I decided to include intercuts of nature to contribute to this idea that there is more movement to consider in life than just humans dancing. It drove the film away from a narrative about the performers and put the audience in perspective of the world they live in. Because the No Manifesto steers away from spectacle, we did not want to have a clear message or novel perspective, and I believe my directing and editing strongly contributed to this idea.

This project provided a valuable learning experience. I enjoyed working with people of different backgrounds, because we were all able to bring something unique to our work. The awareness of the history of dance on screen benefited us when brainstorming ideas, types of shots, choreography, and editing style. I have a strong appreciation for past work done by great filmmakers and choreographers, and hope that our project shows a reflection of a creative direction of dance film in the contemporary area. I am so thankful that I had the opportunity to be a student in Professor Lott’s class this semester. Everything that I learned will influence me in the future work I do in creating media involving dance.