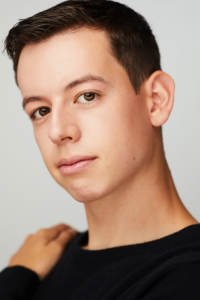 Brodie Wolf is originally from the San Francisco Bay Area, where his training exposed him to an array of artists and dance styles, and sparked his interest in choreography, performance and dance education.

Brodie’s affinity for movement investigation led him to pursue a BFA in Dance at the USC Glorya Kaufman School of Dance in a range of techniques including hip-hop, ballet and contemporary. He has performed works by Ohad Naharin, Jiří Kylián, Yin Yue and Penny Saunders, among others. Brodie attended the School at Jacob’s Pillow Contemporary Performance Ensemble, where he collaborated on three new creations with Sidra Bell, Rena Butler and Antoine Vereecken from Studio Wayne McGregor.

While at USC, he pursued a double minor in Cinematic Arts and Entertainment Industry, allowing him to work with production company RYBG.co and earn production credit on IMDb from his work on Soundstage. Multimedia exploration and interdisciplinary research lie at the nexus of Brodie’s desire to challenge the idea of contemporary dance.

Throughout his time at USC, Brodie has been involved with Kaufman Connections, a community engagement initiative that provides dance classes to students at 32nd Street Elementary School in Los Angeles. Additionally, he has pursued his passion for dance education by bringing concert dance choreography into competitive studio environments for the next generation of artists.

Brodie hopes to continue his dance journey in a contemporary company, performing new creations and repertory, while continuing to pass embodied knowledge to future artists.