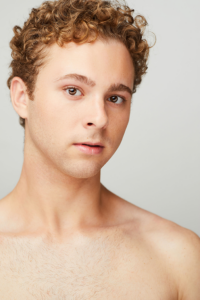 Originally from Plainfield, Illinois, Colin Heino started dancing when he was eight. He discovered his passion for dance through his early dance education at Times III Performing Arts Academy. When Colin was twelve, he began training under Nick Pupillo at Visceral Dance Center in Chicago, Illinois, igniting a deep appreciation for ballet and contemporary movement. Colin later auditioned for the Chicago Academy for the Arts, where he received a scholarship
to train under the direction of Randy Duncan and Patrick Simoniello. At the Academy, Colin strengthened his technique by rigorously training in ballet and modern dance and performing works by Gerald Arpino, Alvin Ailey and more. During his summers, Colin expanded his training at the Juilliard School, the Pacific Northwest Ballet School, the Joffrey Academy of Dance, the Royal Ballet School and the Jacob’s Pillow Contemporary Ballet Program.

Colin’s intellectual curiosity and love for dance led him to pursue a BFA at the USC Glorya Kaufman School of Dance. He has learned and performed the works of George Balanchine, Jiří Kylián, Justin Peck, Merce Cunningham, Ohad Naharin, William Forsythe and more. Colin is a student worker for the Student Services and Dance Operations departments of USC Kaufman and serves as one of two student liaisons to Faculty Affairs. He also serves on the dance school’s Student Advisory Board and as the Financial Manager for the university’s Southern California Choreographic Collective. Colin values the interdisciplinary education he has received at USC and, upon graduation, hopes to join a ballet company where he can continue to pursue his love for dance while further exploring his artistic and personal voice.