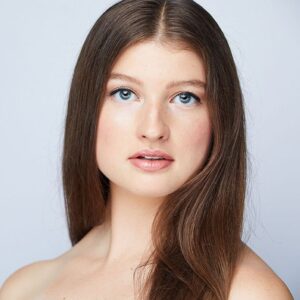 Elise Monson is a performing artist and choreographer originally from Salt Lake City, Utah. She continued her dance studies at the USC Glorya Kaufman School of Dance as a Presidential Scholar recipient where she was exposed to the choreographic minds of influential dance makers such as William Forsythe, Jiří Kylián, Jermaine Spivey, Bret Easterling and Barak Marshall, among others. While at USC, Elise also maintained many leadership positions, such as being Co-President of the Southern California Choreographic Collective, where she created platforms for USC artists to showcase and present their artistic work. In this position, she also developed the SCCC Student Production Fund, which provides financial support to USC artists who want to create their own shows and productions.

Through her academic and artistic studies, Elise has become predominantly interested in how dance can be a form of communication and a tool to better understand the human condition. Through her work, she aims to deconstruct the intricacies of human emotions and question preconceived social and cultural ideals. Her choreography has been presented in venues around the United States and has won prizes at both national and local choreography competitions. Elise was named the Student Choreography Winner at SALT’s Shape Choreography Festival and the Judge’s Choice Award and Student Choreography Award at the Utah Dance Festival. Elise is also a certified Stott Pilates instructor and implements this gained kinesthetic awareness and knowledge into her own personal practice.