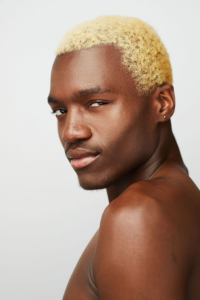 Born and raised in Atlanta, Georgia, Eugene Bois began training at The Cobb County Center for Excellence in the Performing Arts. While studying, he participated in numerous regional and professional theaters, performing in musicals and concert dance. The experience and training landed him at the USC Glorya Kaufman School of Dance, where he is also studying Occupational Science.

Eugene is a versatile artist. He has trained in classical and contemporary forms, as well hip-hop, and he performed work by choreographers William Forsythe, Jiří Kylián, Toyin Sogunro, Penny Saunders, Peter Chu and Max Pham, among others. He is eager to apply his diverse skills and passion to work in the commercial realm, in musical theater and in the fashion industry.

After graduation, Eugene wants to combine dance and fashion to create a multimedia platform where dance and his interdisciplinary studies are unapologetically presented. The platform will allow him to explore the intense underpinnings surrounding sexuality in dance and fashion, through a medium in which his artistry and creativity can be expressed freely. Eugene also sees himself encouraging the next generation of artists to express their choreographic voices.