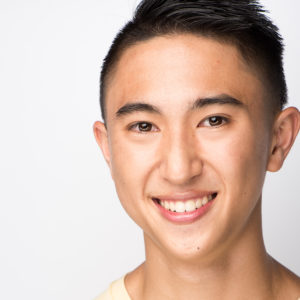 Justin Pham is a choreographer, dancer and creative director originating from San Diego, California. In addition to studying dance at USC Kaufman, Justin is receiving his Minor in Cinematic Arts, focusing primarily on film production. Throughout his time in school, he has signed with Go2 Talent Agency and was featured in the Top 20 of “So You Think You Can Dance,”where he had the opportunity to perform in the Emmy award-winning number, Brand New. While his love for dance is strong, Justin has found a true passion for choreography. In addition to teaching and setting pieces for dance studios across the country, he has directed and produced multiple independent dance films and was a finalist at the 2017 McCallum Chore- ography Festival. Most recently, Justin was awarded as a finalist at the prestigious Capezio A.C.E. Awards, where he presented an original work at the Montal- bán in Hollywood in January of 2020. Justin hopes to create a more cognitive and educational perspec- tive on dance and choreography, specifically through the mediums of film and television, and to become a multifaceted and interdisciplinary artist, who will innovate the dance industry for generations to come.