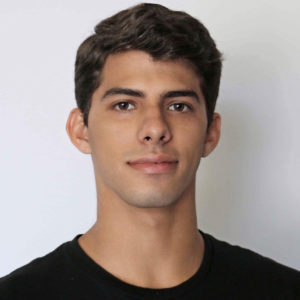 Mariano Zamora González (He/Him) is a Costa Rican artist residing in Vienna, Austria. He began dance training at Academia Jazzgoba and later continued at CityDance Conservatory in Washington, DC. He accepted a scholarship to pursue a BFA in Dance from the University of Southern California. Mariano strongly values family and aspires to be part of a dance company that is run as such; as his passion to move emanates from human connection and physical contact. Being an aesthetically driven person, he enjoys visuals such as drawings, photography and film and is interested in gaining inspiration through others’ specific visions. He aspires to continue traveling the world to engage with different cultures to better understand his creative mission. He is acquiring a minor in Architecture to combine his visual and kinesthetic talents with functionality of form and space. He is devoted to the improvement of arts education in Costa Rica and later in his career would like to bring awareness of the advantageous benefits of stimulating creativity by leading a project to encourage youths to follow artistic avenues against predominant Latin American stereotypes. Mariano is eager to explore various platforms, on concert stages, commercially and through media entertainment, as his artistic career takes off around the world.