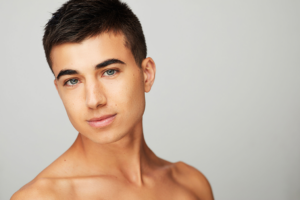 Stefano Gallelli attended the nationally recognized studio Elitedanceworx, just outside the city of Toronto, under the direction of Dawn Rappitt. Early on, Stefano became passionate about an array of styles and believed that it was necessary for him to be a versatile dancer. He was heavily influenced by in-house teachers and guest artists such as Sonya Tayeh, Jermaine Spivey, Bryan Arias, Spencer Theberge and many others.

To fuel his passion for versatility, Stefano pursued a BFA in Dance at the USC Glorya Kaufman School of Dance in Los Angeles. While deepening his vocabulary in ballet, contemporary and hip-hop techniques, Stefano performed repertory by William Forsythe, Ohad Naharin, Jiří Kylián, Justin Peck, Yin Yue, Penny Saunders and Merce Cunningham. He has also been able to work creatively with interdisciplinary artist and mentor Mike Tyus.

Stefano is pursuing a Minor in Entrepreneurship at the USC Marshall School of Business, where he has worked on several startups, including one of his own called Studio Sketches. Studio Sketches was a virtual platform for pre-professional artists to share their works with other artists during the pandemic. As an artist, Stefano wants to provide access and build community for underrepresented artists through virtual spaces.

Upon graduation, Stefano hopes to continue his dance journey in a contemporary company performing new creations and repertory internationally, while utilizing his interest in entrepreneurship. Stefano also hopes to continue his passion for floorwork and begin working on his own pedagogical approaches in studio spaces.