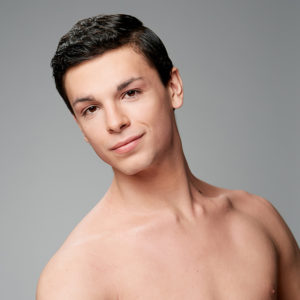 Paulo Hernandez-Farella is a first-generation Salvadoran-American from Los Angeles, California. After four years at the Los Angeles County High School for the Arts, they attended the University of Southern California on a full-ride as the Inaugural Class of 2019’s only Trustee Scholar. In just four years, Paulo graduated with both a BFA in Dance from the USC Glorya Kaufman School of Dance and a Master’s in Public Administration from the USC Price School of Public Policy. Additionally, Paulo graduated Magna Cum Laude and completed an undergraduate Minor in Nonprofits, Philanthropy, and Volunteerism. Paulo has been a scholarship student for a multitude of renowned schools such as the Juilliard School Summer Intensive, the Joffrey Ballet’s International Intensive, and Alonzo King LINES Intensive. Paulo is also one of seven 2016-2017 dance scholars with Nigel Lythgoe’s Dizzyfeet Foundation. During their career, Paulo has studied and performed the works of Forsythe, Kylián, Duato, Balanchine, Graham, Taylor, Petipa, Lopez-Ochoa, Rhoden, Cerrudo, Andrea Miller, Aszure Barton, and choreographed their own original work. Paulo is currently a company dancer with Ballet Hispánico in New York, touring all over the United States and internationally.