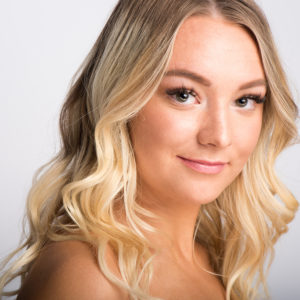 Originally from Dallas, Texas, Whitney Hester trained at Booker T. Washington High School for the Performing and Visual Arts, where she studied ballet, modern and repertory from various choreographers. At the end of her junior year, Whitney was offered an apprenticeship with Complexions Contemporary Ballet where she spent her senior year performing repertory and new works by Co-Artistic Director, Dwight Rhoden. While at USC, she has had the opportunity to collaborate in choreographic processes with William Forsythe, Jodie Gates and many other Kaufman students, as well as perform iconic works by George Balanchine, Barak Marshall, Dwight Rhoden and Jiří Kylián. Whitney has a strong admiration for pointe work and aspires to join a ballet company that does classical and contemporary works. In her senior year, Whitney will be starting and finishing her Minor in Sports Media Studies at the Annenberg School of Communication and Journalism, in hopes of working in the National Football League after her dance career. For her senior project, Whitney plans to work with the USC Trojans and Dallas Cowboys to research how to prevent football injuries using ballet techniques.