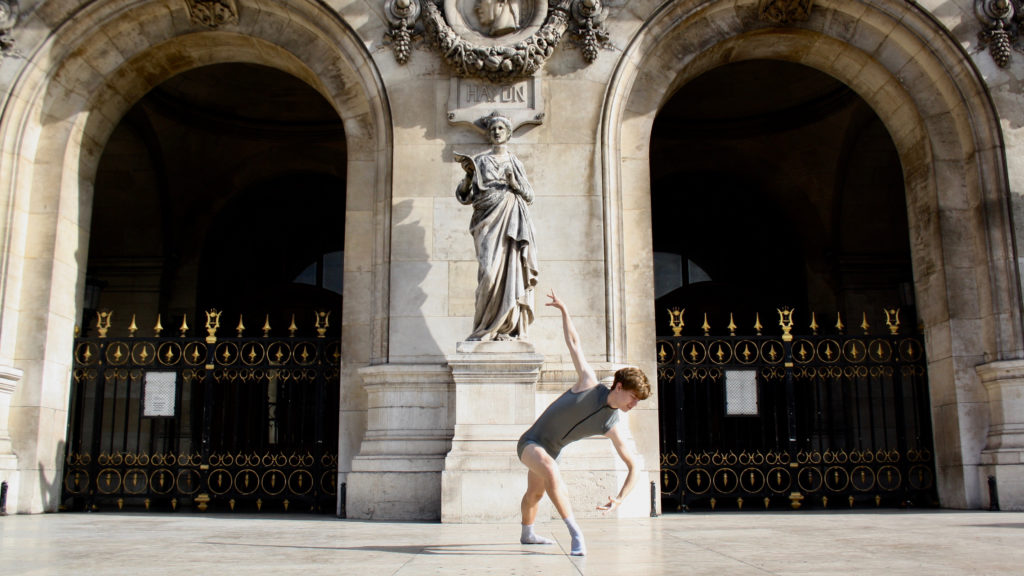 Our final week of the Paris Maymester came way too fast! We began at the Centre Pompidou, to see modern art and Move 2019, an exhibit on dance, featuring live and screened performances. On Tuesday, we attended the Grand Mosquée de Paris, where we were met with such open arms and love. Later that night, we had our first USC Kaufman/USC Thornton jam, to bond in the studio before beginning our final projects.

For our last outing on Wednesday, we went to Atelier des Lumières, a huge, immersive light show. Later, in small groups, we had two hours of studio space to create our final projects: collaborative pieces which would reflect everything we’ve seen and learned here, from art history to cultural concepts to a range of professional performances. The following morning, we presented these to our fellow classmates, professors and families! We ended such a rich three weeks with desserts and a group discussion later that night. Check out Win McCain’s student blog about arts patronage in France and stay tuned next week for a Paris Maymester poem by Rachel Harris (BFA ’20).

In comparing the European attitude of supporting the arts, there is a distinct difference between that of the United States and France. During my time here in Paris, I have been able to see different aspects of that in how governmental politics intersect with daily life. In looking at the structure of how art is supported fiscally, we were able to see a variety of state-run institutions. These include massive opera houses and symphony halls, in addition to the many museums and smaller exhibits led by artists around Paris.

I was able to learn about this support through the figure I was assigned to study, Emmanuel Macron. He believes that the arts can be used as an educational factor to bridge divides and prevent extremism. I think he holds this belief to the wide perspectives art can cover in its variety of forms. We saw this component in education through the variety of ticket discounts for those under 25 and for school groups. In most of the museums I would say there were more students visiting than tourists. The result of this added education is a greater respect for the arts. This is something I wish was more emphasized in my education growing up. I was lucky enough to grow up in a household that placed value on going to museums and live performances. However, many of my peers were not afforded the same opportunities.

Another aspect of arts patronage I have found interesting is those who follow dance. In the dance shows we have watched, there is a large percent of the audience that are not currently dancers. This is different from some shows I’ve attended in the States where many dancers come out to see the show.

I have also been able to take open dance classes, and the atmosphere here is also different. There is a wider demographic of dancers taking class, almost all for pleasure. I would say the trend in the US is when dancers change professions or quit, they often cut dance out. Many young adults I’ve talked to have mentioned that when they realized they did not want to dance professionally, they completely quit. I wish there was more emphasis placed on taking dance for fun in the States.

Introduction by Lillie Pincus and student blog by Win McCain