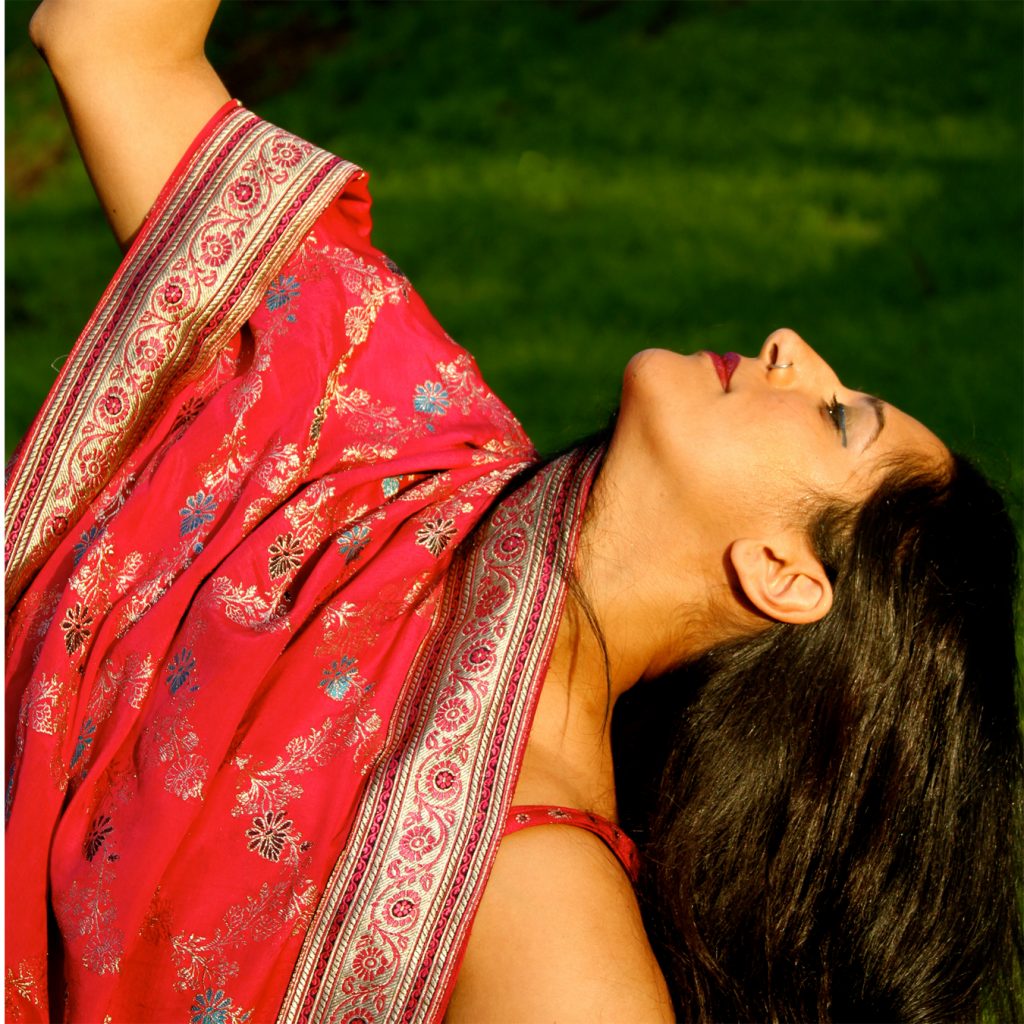 Faculty member Achinta S. McDaniel joined the USC Kaufman School of Dance this fall, and since has introduced Bollywood dance to the school’s curriculum. A pioneer in the contemporary Indian dance style, McDaniel is proud to create “truly American” dance works, which she defines as the product of hybrid multicultural references. McDaniel currently teaches non-major dance students.

How did your dance journey start?

I began dancing when I was 3 years old. My mom put my sister and me in ballet and tap classes for babies at the YWCA in Ohio. My first dance memory is seeing the ballet barre up above my head and trying to hold on to it in a pink tutu, black leotard and pink ballet shoes.

I was born in New York but I grew up in Cleveland doing ballet, tap and a little bit of jazz. When I was 14 years old, I fell in love with modern dance and I was very lucky to go to the Hathaway Brown School, which values performing arts as few other schools do. We had our own studio and student-choreographed concerts twice a year, which gave me the chance to thrive in dance.

What led you to Indian dance?

My mom was born in Kanpur and my dad in Agra. They came to the U.S. in the 70s, but I was born and raised here, so it somehow felt natural for me to start with Western dance classes. There were no classical Indian classes here.

The Bollywood that I did ran concurrently like a split personality with my studio work and it came mainly from growing up in an Indian household. It developed organically by watching Bollywood films, listening to the classical Indian music played at my home, belonging to the South Asian community and going to the parties and gatherings where I choreographed for local community events. It was completely self-taught and I definitely viewed Indian dance as being outside of my “normal.”

After graduating from New York University, where I majored in dance and choreography, I decided to run away to India. I lived in Bangalore for six months and studied Kathak (one of the 10 major forms of classical Indian dance) with Maya Rao. We learned the classical Indian footwork with bells on our ankles, beautiful hand gestures, facial expressions, storytelling and Hindu mythology.

How do you merge Indian dance with traditional Western styles in your work?

It was a natural progression. After returning from India, I found that my modern dance work had completely changed. The way of learning, the sounds, the rhythms and how complicated they can get–for example, you don’t count in 4/4–were drastic changes.

Even though ballet requires a lot of strength, Kathak is the complete opposite of everything your body is used to doing as a ballet dancer. It involves flattening out your arches, turning on your heel instead of your toe, and hitting your foot flat on the floor, which is obviously a “no no” in ballet. It gave me bleeding feet and blisters the size of my heel, but once I started to overcome the differences, it changed my world.

With the contemporary Indian style, we can merge styles in multiple ways. Examples are the inclusion of facial expressions such as the movement of the eyes, from left to right, or the simple tiny neck movements from side to side. We combine the posture of ballet with the arm that’s opened, strong and away from the body with a twisting wrist and fingers that wave through the space like a fan.

Tell us the story behind your company Blue 13.

When I came back from Bangalore, I was still working in modern dance but I had so much passion for the rhythms I had learned in India that I decided to form Blue 13 and integrate both worlds. I was only 20 years old, but after that experience, I couldn’t wait to start something new. I couldn’t join another company or audition anymore.

It has evolved a lot since it started in the Lower East Side of Manhattan in 1999. In New York, we worked with the South Asian Women’s Collective and other South Asian diaspora groups and we also explored nontraditional venues.

We’ve toured to many countries, from Morocco to France, doing contemporary Indian. Our dance includes some rhythmic formulas and inescapable hand gestures, alongside passionate storytelling.

When you started your company, there were not many references for contemporary Indian dance in the industry. How has that changed?

It has evolved. It’s nice to be one of the pioneers of contemporary Indian. When I started, there was no name for it, so I just called it neo-Kathak. Now it’s become its own monster, as demand for Bollywood performances started to grow and have a huge impact on the development of the style.

Contemporary Indian also serves to get the Bollywood-loving audiences introduced to classical or contemporary work. You pull them in with Bollywood and then say, “hey, check this contemporary style or look at this Kathak too!” It’s nice to take the audiences through a different educational journey without boring them.

You’ve said you have a passion for creating “truly American dance works.” What does that entail?

I think of myself as truly American. That doesn’t just mean that I was born and raised here, but that I’m the product of a melting pot. I carry elements from the country that my parents call home, but America is home to me. My respect and love for Indian dance and music are a symbol of my American identity. My work is a synthesis of modern ballet and the beautiful classic Indian gestures and technique.

Part of me has always struggled with labeling my work and I believe that’s a feeling that children born to immigrant families experience. You don’t want your work to be pigeonholed, but at the same time you want to be proud of your origins and show the influences from your past. In the end, it is very simple. It means being American.

What are the major takeaways that you want students to have from your class at USC Kaufman?

My Bollywood class is a moment to have a blast. We look effortless and light and are smiling through our performances, but it’s coming from a place of structure and cultural context. Students learn that Bollywood is more than a flirty style. It has a lot of history to it and it’s tied to thousands of years of evolution in dance.