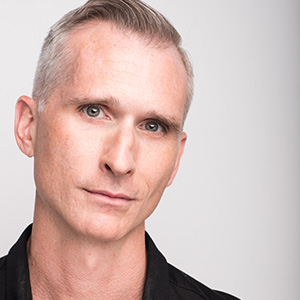 Bruce McCormick is an educator, choreographer, performer and scholar. He earned his BFA from The Juilliard School under the direction of Benjamin Harkarvy and his MFA from the University of Washington, where he also worked as Assistant Professor of Dance. He joined the faculty at the University of Southern California Glorya Kaufman School of Dance in 2018 where he serves as Associate Professor of Practice.

Originally from New Jersey, he trained with the Vineland Regional Dance Company and the Rock School of Pennsylvania Ballet, spending summers at the School of American Ballet, Central Pennsylvania Youth Ballet, Boston Ballet and as a private student of Maestro Héctor Zaraspe in Argentina and Ecuador. He performed in 12 countries on four continents as a member of Les Grands Ballets Canadiens, the Bavarian State Ballet and the Bern Ballet, where he was a soloist and ballet master. He also served as Assistant Artistic Director of North Netherlands Dance and Guest Rehearsal Director with Ballet BC.

McCormick has presented his own choreographic work in various venues throughout the Americas, Europe and Asia, and has taught master classes for several companies including BalletX, Malpaso Dance Company, National Dance Company of Wales, Matthew Bourne’s New Adventures and Whim W’Him. He choreographed the opera Eugene Onegin for the Stadttheater Bern, as well as The Merry Widow and William Tell for the Korea National Opera. His most recent festival credits include Against the Grain/Men in Dance, Dance Deck, the Seattle International Dance Festival, the International Festival of Contemporary Dance of Mexico City and the ITS Festival in Amsterdam. He has presented for the National Dance Education Organization, and his scholarship has been published by The International Journal of Arts Theory and History.