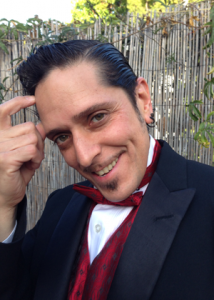 Jesus “Jay” Fuentes is a New York native who received his BA in Theater with a minor in Dance from the University of Southern California, as well as training in Dance & Dance Education at New York University. Under the direction of Judith Schwartz, Director of the Dance Department at NYU/S.E.H.N.A.P., he was recruited to work in “Kaleidoscope Dance for Children.”

His teaching career began at USC in 1992 where he teaches Ballroom Dance and has taught Elements of Dance Production and Advanced Movement. In addition to being a talented educator, described by USC students as “an amazing teacher and dancer” who teaches “one of the best classes ever,” Fuentes is also an accomplished performer in the entertainment field, including many appearances in film and television, as well as in commercials, and music videos. Discovered by Kenny Ortega, some of his works include iconic dance films such as Dirty Dancing, Salsa, Newsies, and Mambo Kings.