Student Blog: To this year’s applicants 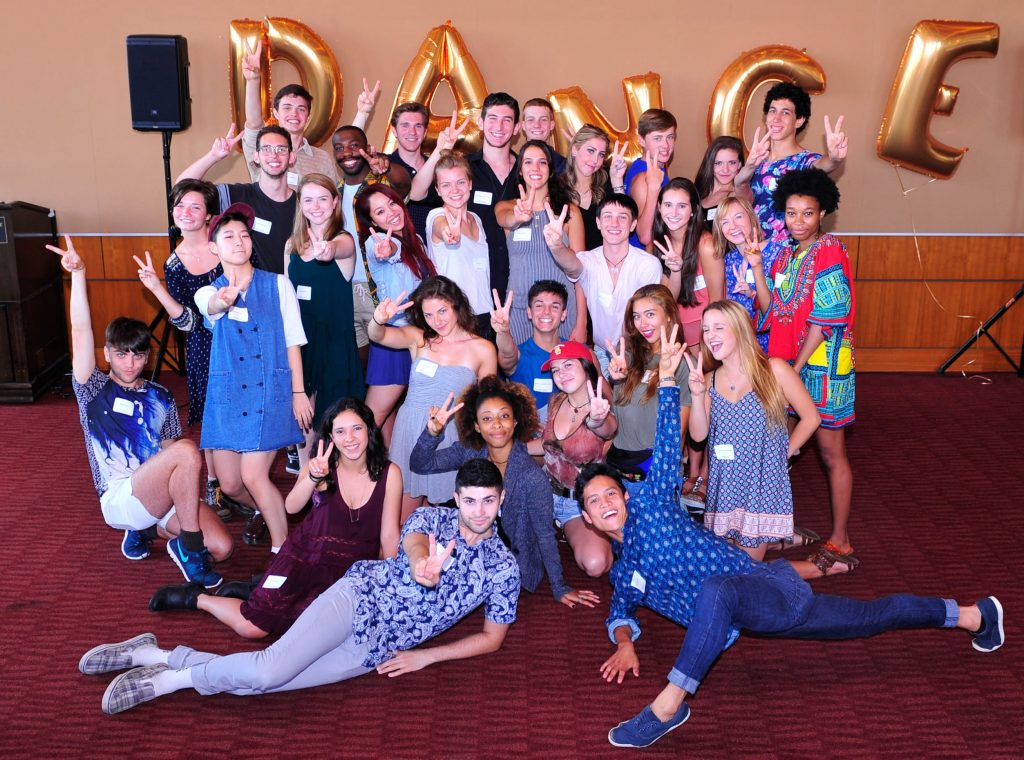 This post is addressed to this year’s USC Kaufman applicants: those who have submitted their essays and résumés and eagerly hit refresh each day, awaiting an invitation to a live audition.

First off, last December, I didn’t even think I was going to receive that invitation. The invitation email both surprised and terrified me; if I was going to attempt an audition, I would have to shape up. Applicants, don’t worry. Should an invitation come to you, take a few deep breaths, and sign yourself up for lots of classes before your audition date.

As a bunhead almost completely oblivious to the world of dance around me, I attempted to gather as much as I could from other styles on the internet. Not the greatest idea–if you can make it to a class somewhere, opt for the studio experience (more space and people who are more likely to know what they’re doing). Fortunately, this process helped me become familiar with the sensation that is embarrassment. Rather than hold back for fear of being laughed at, I learned to give my entire self to the movement, and no matter how awful I looked, I improved at twice the speed. Had I held back in the audition, my ballet would not have been nearly enough.

So that’s my first and most important piece of advice: even if you’re not comfortable in the audition, give your everything. It won’t go unnoticed by our seasoned faculty, and it shows a work ethic that teachers and choreographers appreciate.

The other piece of advice I have to give is to relax and really enjoy yourself; as cheesy as it sounds, you will come across as much more personable to other dancers and to the panel. And to reiterate, our faculty is the most wonderfully caring group of people. They are not going to bite you. To go along with this advice, I’ve gathered a few audition stories from my fellow Kaufman students.

Ardyn Flynt: I finished my solo and interviews and they were absolutely wonderful and positive and all I could hope for. As I ran out, I wasn’t looking and ran headfirst into a column in the middle of the Ailey studio. Vice Dean Gates was terrified for me, Anne looked mildly concerned, and Professor Grimes laughed really hard.

Rachel Walton: I told the panel about a giant milkshake I had right before my solo audition. In the interview, they were trying to make me feel comfortable so they asked what I did on my break. I explained my unhealthy meal and they all laughed at me…If you talk to Anne she still remembers it and makes fun of me.

Aidan Carberry auditioned with his leg in a cast. He had injured himself in between the video round and the live audition, but he was determined to follow through. His solo consisted of a few minutes of finger tutting–and as someone who has seen Aidan’s finger tutting, I can confirm that this alone was enough to guarantee his acceptance.

Jordan Johnson, our oldest student, didn’t have ballet shoes or tights. He wore sweats to the ballet audition, then was called back for multiple interviews afterward…as talented as he is, they really wanted to make sure that he was serious about being a part of USC Kaufman.

In my own audition, the wrong music played for my solo, but the panel was so friendly that I wasn’t shaken. Professor Grimes, the hip hop teacher, laughed at me when I told him I was new to hip hop. He had already seen me in class, so he obviously was not surprised. He also still laughs at me in class on a regular basis, but it’s an endearing laugh.

Finally, I strongly recommend that you talk to other dancers at your audition. Not only did I meet almost ten of the current USC Kaufman students (who are now my very good friends) at my audition, one of them became my roommate and another became one of my best friends. If you like the way someone dances, tell them: it might be just the confidence boost they need.