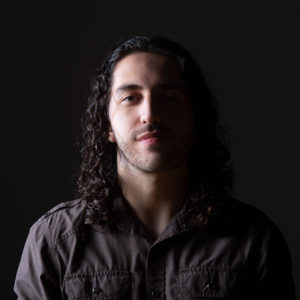 Edward Oyarce-Solomon is originally from the San Francisco Bay Area, where he trained primarily under the guidance of Mark Foehringer and Brian Fisher at the Conservatory for Contemporary Dance Arts. During his extensive training, Edward found his love for character-driven dance performance. During this part of his dance education, he was given the opportunity to perform numerous times with MFDP/SF, a contemporary dance company with whom he performed works throughout San Francisco as well as traveling with the company to Peru by invitation of the US Embassy to participate in a multinational dance festival. Due to his Peruvian heritage, this was an incredibly moving opportunity. This led to his desire to explore his Latin American roots as an influence in dissecting cultural interweaving. Supplementing his dance, Edward studied drama throughout high school. He continues to explore how acting and theatricality inform his dancing. Edward aspires to join a contemporary dance company while continuing to utilize his choreography as a way of examining history through character.