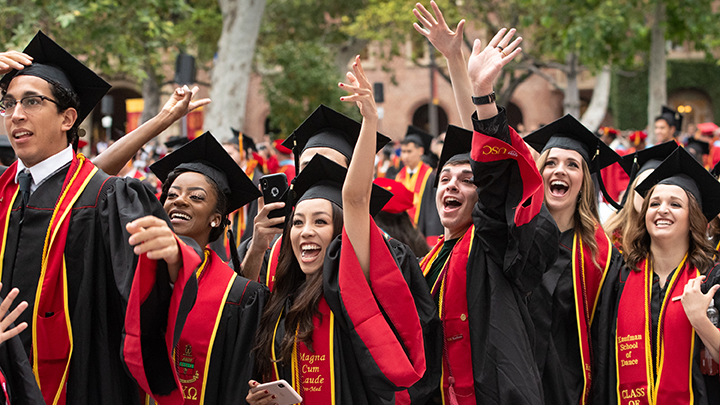 On Friday, May 10, 2019, the USC Glorya Kaufman School of Dance graduated its first-ever class of BFA students. In addition to opening remarks from Dean Robert Cutietta, Vice Dean and Artistic Director Jodie Gates and visionary founder Glorya Kaufman, Ardyn Flynt (BFA ’19) gave a poetic student address. Internationally-acclaimed dancer Mikhail Baryshnikov delivered the ceremony’s keynote address. In his speech, he discussed the importance of being generous, allowing yourself to take risks and being open to failure.

Graduates received certificates designating them as Glorya Kaufman Scholars. They also received original paintings by Glorya Kaufman painted specifically for each of them. At the end of the ceremony, they recessed to the song “How I Got Over.” This song has significance to the group as it was part of the first piece they created as freshmen with faculty member d. Sabela grimes. It was also the song they last danced to as seniors during this year’s Spring Dance Performance. More photos will be posted to the USC Kaufman Flickr page later this week. 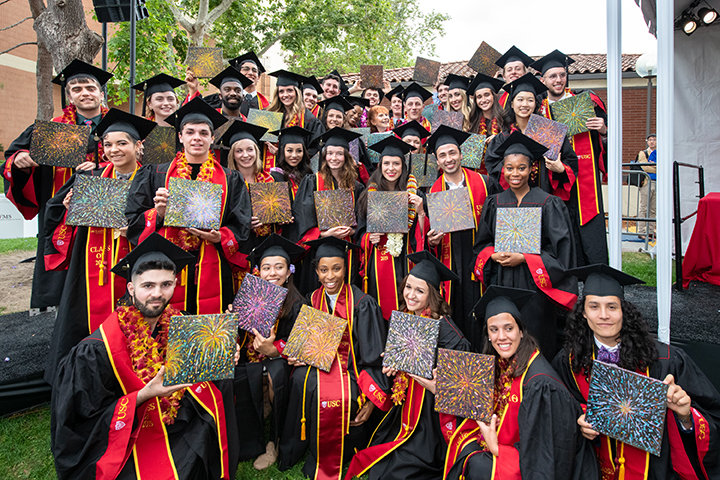