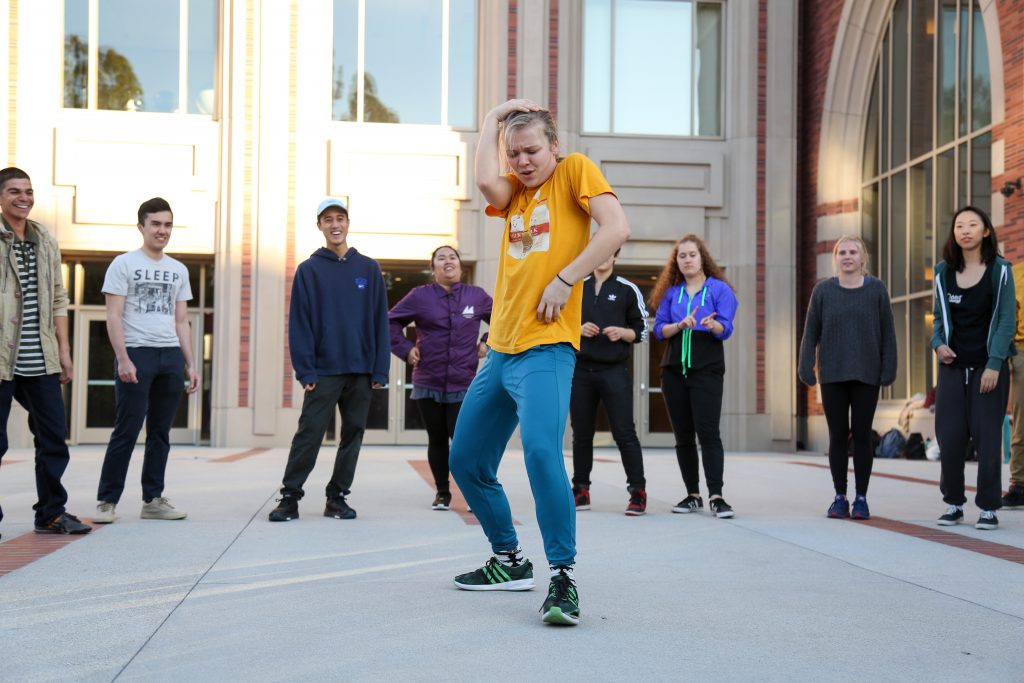 USC Kaufman has amassed some of the top innovative visionaries who embrace all different styles of dance. The New Movement growing here is truly a hybridity of dance styles. The inclusion of hip-hop as a core class for dance technique is a strong representation of the school’s focus on the creation of hybrid artists. This inclusion heavily influenced my decision to join the Class of 2021. Although I am trained classically in ballet, I am trained as a breakdancer, along with almost everything in between.

At the early age of seven, I discovered my inner b-girl and fell in love with the style. I became heavily immersed in the culture. Inspired by other young breakdancers, I created my own breakdancing crew, the Curfew Breakers. We street hustled in Downtown Phoenix, entered the competitive breakdancing scene, and practically lived inside of the cypher, which is a circular space created by the formation of bodies and is intended for a flow of energy between individuals.

Safe in the cypher

My introduction to hip-hop with Professor d. Sabela Grimes began in this familiar space: the cypher. It is incredibly important to recognize the Kaufman faculty’s culturally appropriate and truthful approach to teaching hip-hop. Hip-hop is a style of dance that can quickly lose its authenticity in a classroom setting. Using the “wireless transmission” method of teaching, Professor Grimes exposes each student to hip hop culture in a genuine way. Additionally, there are varying levels of hip-hop exposure; however, Professor Grimes has created a safe environment for all individuals.

In our freshman hip-hop class, we break the movements down to its basic form and drill these fundamental, aka funkamental, isolations. Individuals who are newly exposed to the form are able to explore this style of dancing with the correct groove-based technique, and those with experience have the opportunity to review and refine their technique.

Overall, USC Kaufman’s school mantra, the new movement, has been integrated and incorporated in an incredibly genuine and comprehensive way, specifically realized in the inclusion of hip-hop education. This contributes a considerable amount to the creation of hybrid artists here at USC Kaufman, and we hope to further integrate the curriculum as the dance world grows and changes.