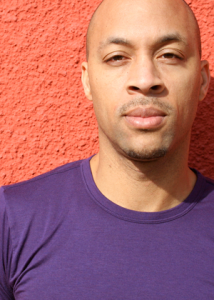 d. Sabela grimes, a 2014 United States Artists Rockefeller Fellow, is a choreographer, writer, composer and educator whose interdisciplinary performance work and pedagogical approach reveal a vested interest in the physical and meta-physical efficacies of Afro-Diasporic cultural practices. Described by the Los Angeles Times as “the Los Angeles dance world’s best-kept secret” and as “one of a mere handful of artists who make up the vanguard of hip-hop fusion,” Grimes is considered one of the most imaginative and innovative artists in his field. His AfroFuturistic dance theater projects like World War WhatEver, 40 Acres & A Microchip, BulletProof Deli, and ELECTROGYNOUS, consider invisibilized histories and grapple with constructed notions of masculinity and manhood while conceiving a womynist consciousness. He created and continues to cultivate a movement system called Funkamentals that focuses on the methodical dance training and community building elements evident in Black vernacular and Street dance forms. Previously, Grimes co-authored and performed as a principal dancer in Rennie Harris Puremovement’s award-winning Rome & Jewels. He received a BA in English and MFA in dance and choreography from the University of California, Los Angeles.