What Whelan and Brooks brought: how they collaborate, recover, and more 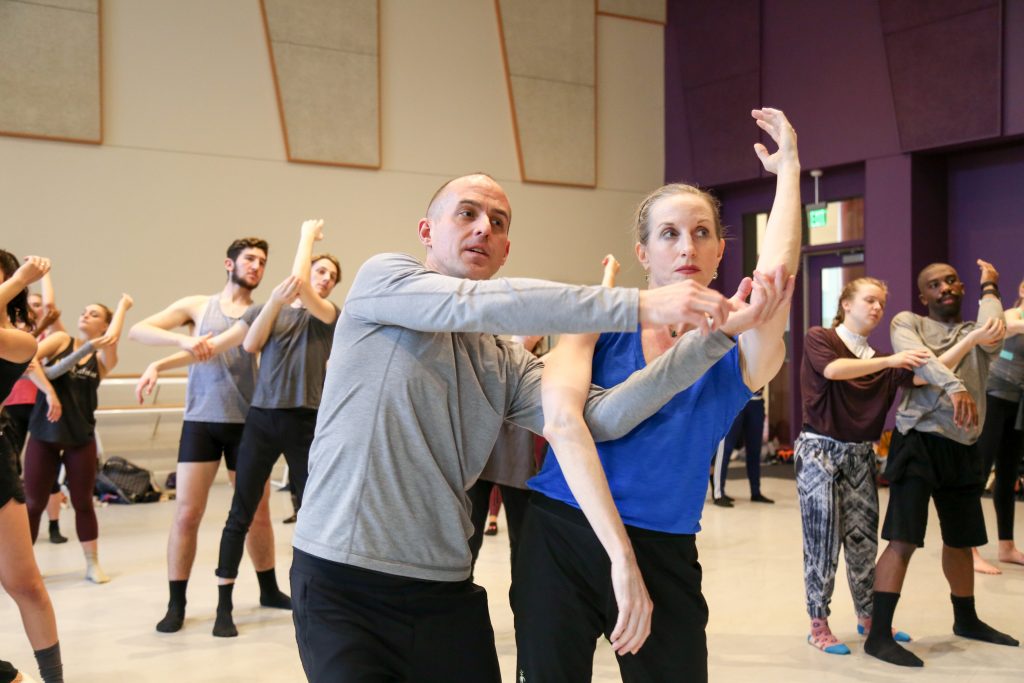 Ballerina Wendy Whelan had an illustrious 30-year career with the New York City Ballet, during which she performed in works by countless choreographers, from Balanchine to Wheeldon.  Now, she has chosen to collaborate with acclaimed choreographer Brian Brooks, currently the first choreographer-in-residence at the Harris Theater in Chicago. The first stop for their program “Some of A Thousand Words” was none other than USC’s Bovard Auditorium on Feb. 21, in a Visions & Voices event.

“Some of A Thousand Words,” choreographed by Brooks for himself and Whelan, was composed of five sections. Brooks and Whelan designed the piece in collaboration with string quartet Brooklyn Rider, and the quartet accompanied the dancers live, playing the works of five contemporary composers.

In the week before their performance, Whelan and Brooks rehearsed their program in the Glorya Kaufman International Dance Center and led USC Kaufman’s BFA dance majors in several classes. Whelan taught ballet technique, Brooks taught contemporary technique, and the two united forces in repertory class to teach part of a duet from “Some of A Thousand Words.” The duet, titled “First Fall,” was commissioned by Vail International Dance Festival’s artistic director Damian Woetzel.

“I jumped at the chance to have Brian make something for both of us to dance—it was perfect timing. It was amazing timing, actually,” Whelan said.

Their performance at Vail was Whelan and Brooks’ first collaboration. Intricate and weaving, the choreography requires that the dancers both be aware of their contact and remain steady, grounded. In class at USC Kaufman, the freshmen and sophomore students focused on staying connected to each other and continuing the flow from one movement to the next. 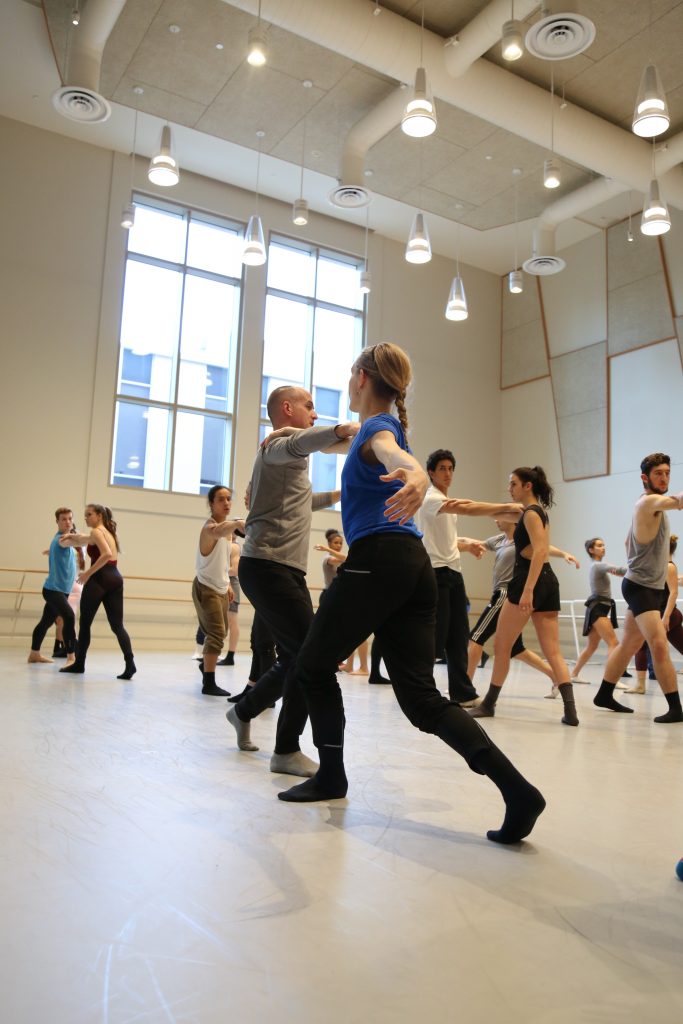 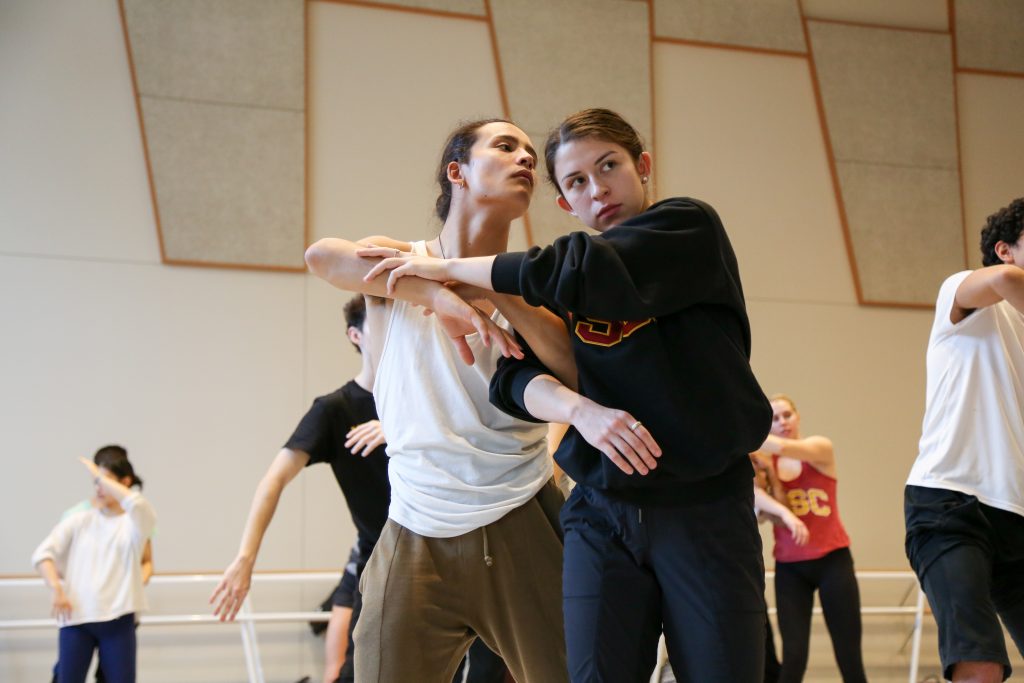 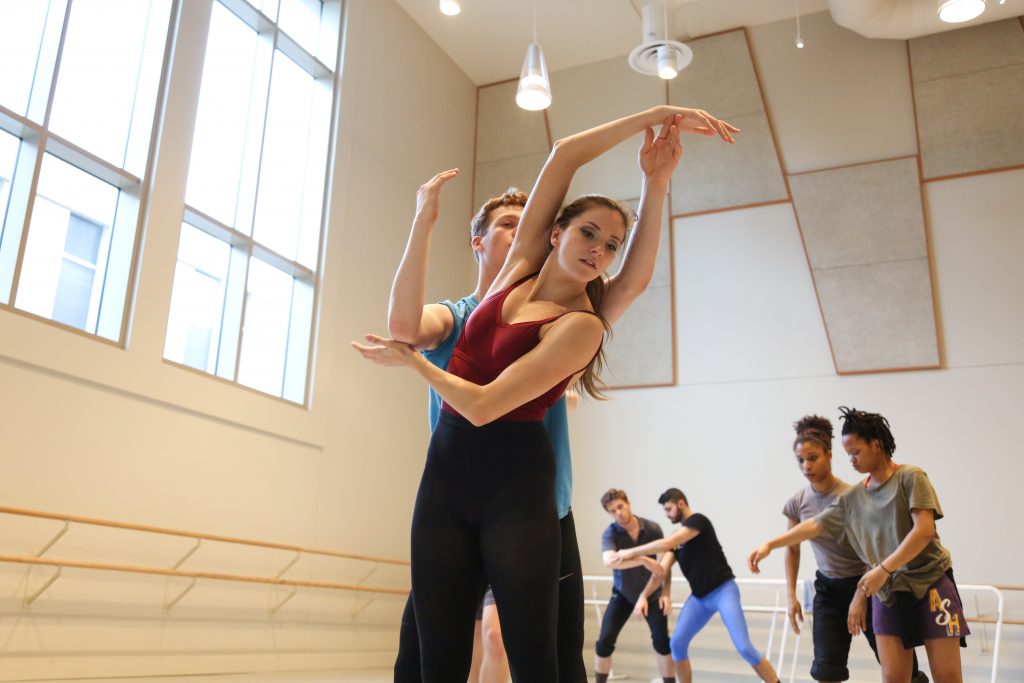 “The first collaboration is with the dancers, and Wendy and I are from different backgrounds, so that has changed my hand-to-hand, foot-to-floor center. That central collaboration has been really unique: it’s electrifying, confusing, different,” Brooks said.

“Quickly it became clear that it wasn’t just a one-time festival experiment, a novelty,” Brooks said. “I felt like I had found what I had been looking for—for so long—and didn’t even know that I was looking.”

Much of Whelan and Brooks’ interaction with students was focused on collaboration, an integral part of the USC Kaufman curriculum in which dancers learn how to collaborate with each other and with musicians, lighting technicians, and others. One of these levels was exemplified by Brooklyn Rider’s composition and performance collaboration on “Some of A Thousand Words.” All five composers of the score for “Some of A Thousand Words” are living composers, including Brooklyn Rider violinist Colin Jacobsen. Jacobsen and Brooks communicated throughout the process, and Jacobsen wrote the piece specifically for Brooks’ choreography. Brooks describes this process as “more curatorial.”

“With any collaboration, there has to be a director, and Brian is the director of this. He has put together a group of collaborators, and he’s shaping and decision-making and knowing,” Whelan explained.

In “Restless Creature,” much like in “Some of A Thousand Words,” the choreographers both created the duets and performed in them with Whelan. The process was documented in a film of the same name by Linda Saffire and Adam Schlesinger, following Whelan’s recovery from hip surgery as she prepared for both her farewell performance with New York City Ballet and her tour of “Restless Creature.” Through USC Visions and Voices, the film was screened at the Glorya Kaufman International Dance Center’s Performance Studio on Feb. 15, with a discussion afterward. Assistant Professor of Practice Patrick Corbin moderated the discussion, having known Whelan since they attended the School of American Ballet together as teenagers. Whelan talked about the process of recovery and how she managed patience and rehabilitation.

“You have to calibrate. Your energy is different: when I was 20 I don’t know what I would have done, but it’s a new way of gaining knowledge. It makes you more humble, more human and easier to work with,” she said.

She and Brooks are both past 40 and both still dancing onstage. Their everyday routines have changed, they say, but they plan to incorporate dance in their future.

“This is currently the only gig I have to wear tights for,” Brooks joked, “but I have a couple of things sort of developing, a number of potential projects.”

His next project is choreographing for the Miami City Ballet, working alongside a composer who will write for the company’s chamber orchestra. Meanwhile, Whelan plans to continue performing.

“I’ll be doing more dancing—I always want to keep evolving, trying new things. That’s how I do it, if I have a blockade. I say I’m going to find a new way and conquer it and come out with some other knowledge that I would never get any other way,” she said.

Find out more about Some of A Thousand Words.