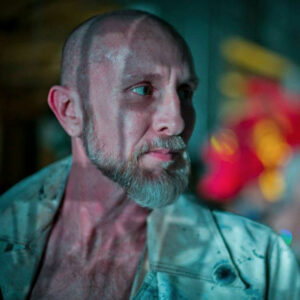 Patrick Corbin is an internationally renowned dance artist whose career has spanned over thirty years and bridged the worlds of classical ballet, modern and contemporary dance. Born and raised in Potomac, Maryland he studied tap and jazz from the age of five at Art Linkletter Totten studios. Corbin later studied ballet at the Washington School of Ballet and School of American Ballet.

Corbin danced professionally for The Washington Ballet, Kansas City Ballet and ABT II between 1981 and 1985. After dancing with the Joffrey Ballet for four years, Corbin joined the Paul Taylor Dance Company in 1989 and became one of the company’s most celebrated artists until his departure in 2005. Corbin has been featured in five PBS Great Performances between 1988 and 2004, as well as in the 1998 Academy Award-nominated documentary, Dancemaker. In 2001, Corbin was the recipient of the New York Performance Award (Bessie) for Sustained Achievement with The Paul Taylor Dance Company. Corbin founded his own company CorbinDances in 2003, and stages his own work as well as the work of Paul Taylor on companies throughout the United States.

In addition to his career as a dancer, Corbin has been a guest faculty member at the Conservatoire National Supérieur de Musique et de Danse de Paris, University of California Irvine, George Mason University, SUNY Purchase, University of Kansas, University of Texas Austin and University of Michigan and has taught professionally for American Ballet Theater, Miami City Ballet and San Francisco Ballet.