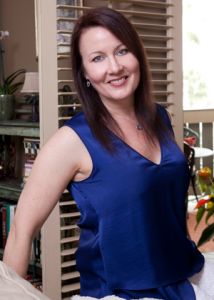 Jodie Gates is the Founding Director of the USC Glorya Kaufman School of Dance, a tenured Professor of Dance and Founder and Artistic Director of the Laguna Dance Festival. She is also an artistic collaborator with choreographer William Forsythe, and stages ballets internationally for Forsythe Productions. For 35 years she has contributed to the profession as a visionary leader, artistic director, educator, curator, stager, choreographer and principal dancer. She is formerly a principal ballerina with the Joffrey Ballet, Frankfurt Ballet, Pennsylvania Ballet and Complexions Contemporary Ballet.

In June 2021, she was awarded a distinguished Fellowship from The Center for Ballet and the Arts at NYU. Her Fellowship acknowledges her most recent work as facilitator for the Artistic Directors Coalition for Ballet in America, a group of artistic leaders who are addressing systemic racism and inequities within the culture of ballet. She has led conversations with artistic leaders in the classical ballet and contemporary dance fields, and is working with the organization, The International Association of Blacks in Dance, to build broader diversity and greater equity in the dance field.

Gates received The Psychology of Leadership Certificate from Cornell University SC Johnson College of Business, and studied with the Higher Education Leadership Program for Women (HERS Institute) at Bryn Mawr College.

Since 2005, Gates’ vision for the Laguna Dance Festival has fostered artistic collaborations and choreographic commissions for multi-generational artists, while also providing youth scholarships, training and opportunities for pre-professional and professional dancers throughout the year. The nonprofit organization presents internationally acclaimed dance artists, educators and the nation’s top contemporary dance companies. The organization’s mission is “To present world-class dance performance, increase public appreciation for the art, and provide quality dance education.”

Gates is formerly a principal ballerina with the Joffrey Ballet, Frankfurt Ballet, Pennsylvania Ballet and Complexions Contemporary Ballet, as well as a principal guest artist with several companies around the world. Her guest appearances include a gala at The Maryinsky Theatre in St. Petersburg, Russia, the Benois de la Danse in Moscow, dancing Odette/Odile with Fernando Bujones in Swan Lake at the Ballet de Monterrey, Mexico, to appearing in well-known festivals such as Spoleto in Italy, The Edinburgh Festival, the Nijinsky Festival in Hamburg, Germany, and The Melbourne Festival in Australia.

Gates’ performing career began under the mentorship of the visionary director Robert Joffrey. Upon joining The Joffrey Ballet, she originated many roles and worked with a host of renowned choreographers, including Alonzo King, Agnes de Mille, Paul Taylor, William Forsythe, Martha Clarke and Mark Morris. She has been featured in several publications since 1984, including articles in dance magazines and dance reviews, and has appeared in numerous television programs and festivals. She was featured at the 1993 presidential inauguration, and previously had the honor to perform at The Kennedy Center for presidents Ronald Reagan, George H.W. Bush and Bill Clinton. Additionally, her performing career ranged from dancing title roles in classical full-length productions such as Juliet in Romeo & Juliet, Giselle, Aurora in Sleeping Beauty, Swanhilda in Coppelia and Cinderella, to principal roles in the neo-classical repertoire by George Balanchine, and contemporary pieces by Alvin Ailey, Sir Frederick Ashton and many more. She collaborated in an improvised production with jazz musician Ornette Coleman and tap dancer Savion Glover at the Cologne Music Festival and with the musical artist Prince in the Joffrey Ballet’s production, Billboards. She has danced at the Bolshoi in Moscow, the Bockenheimer Depot in Frankfurt, Germany, the Châtelet Theatre and Theatre des Champs-Elysées in Paris and Sadler’s Wells in London, among other well-known venues.

As a recognized female ballet choreographer, Gates has created more than 60 original dance works. She has been commissioned by dozens of dance companies, television ad campaigns and academic institutions, and her work has been performed at the Kennedy Center, New York’s City Center Theater, Staatsballett Berlin, Princeton University, the Helsinki International Ballet Competition, the Vail International Dance Festival and many other venues and festivals. Her ballets have been called “visually compelling, powerful, beautiful” by the Philadelphia Inquirer and “richly textured and profound” by the Orange County Register.

Her teaching credentials include invitations by professional companies, performing arts schools and academic institutions. While teaching for professional companies and contributing to higher education, she has had the opportunity to create partnerships, build a robust professional network, design and implement an artistic vision and produce forward-thinking curricula. Formerly she was a tenured Professor of Dance at the University of California, Irvine, where she worked closely with Donald McKayle, and honed her skills as an educator and mentor, and worked collaboratively with faculty and students. In addition, she is an active pre-professional teacher and mentor, a college recruiter, and a judge for Youth America Grand Prix and Universal Ballet. Gates’ most recent accomplishment as the Founding Director of the University of Southern California’s Glorya Kaufman School of Dance was a monumental success. She was given the unprecedented responsibility for implementing the artistic vision, creating a robust dance curriculum, and hiring faculty and staff from the ground up. The resulting curriculum, named The New Movement, is a new hybrid model for dance – expressed in studio practice, music, choreography, performance, new media and scholarship – this model exploring performance, choreography and research, immerses students in a dance conservatory environment while also engaging with rigorous academic studies at USC.

Gates’ honors include the 2021/22 Fellowship from The Center for Ballet and the Arts in NYC; recognition for Arts Leadership by the American Association of University Women; Altria/ABT fellowship from American Ballet Theatre; honoree from Arts Orange County and a recipient of the esteemed Jerome Robbins New Essential Works program.