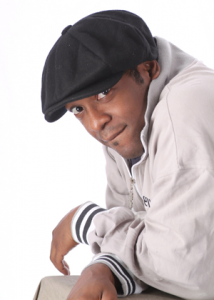 E. Moncell Durden is a dancer, educator, practitioner, historian, ethnographer, author and documentarian. An Associate Professor of Practice at the University of Southern California’s Glorya Kaufman School of Dance, he specializes in the pedagogical practices of what he calls the Morphology of Afro-Kinetic memory (social dance forms over the last four centuries).

Durden’s knowledge and practice of social dances date back to his early childhood learning dances of the early 20th century from his parents and other elders. Durden performed with Rennie Harris Puremovement for 10 years; held a seven year appointment at Drexel University, a five year appointment at Wesleyan University and a two year appointment at the Yale School of Drama. Durden has taught at the University of Bogota Colombia and Balletakademien in Sweden, just to name a few. His published works appear in Jazz Dance: A History of the Roots and Branches and SAGE Encyclopedia of African Cultural Heritage in North America.

His first book, Beginning Hip-Hop Dance, is published by Human Kinetics. His first documentary, The History and Concept of Hip-Hop Dance, was produced by Dance-Time Publication, His documentary appearances include “Uprooted” a new documentary on jazz dance, “The Choreography of Comedy” a look at the history and influence of eccentric dance, and “Why We Dance,” a documentary that explores our nature and desires to dance. Durden’s second documentary will go deeper in the roots of African American dance. He recently developed an online hip-hop course for NDEO (National Dance Educators Organization), and is currently developing a lecture performance, a podcast and writing a new book titled Dancestry: The Dance, the People, and the Culture. Durden just finished writing two new articles, “The Morphology of AFRO Kinetic Memory,” for a new book titled 21st Jazz Dance and Connecting Hip-Hop History and Heritage for the first hip-hop dance anthology published by Oxford Press.