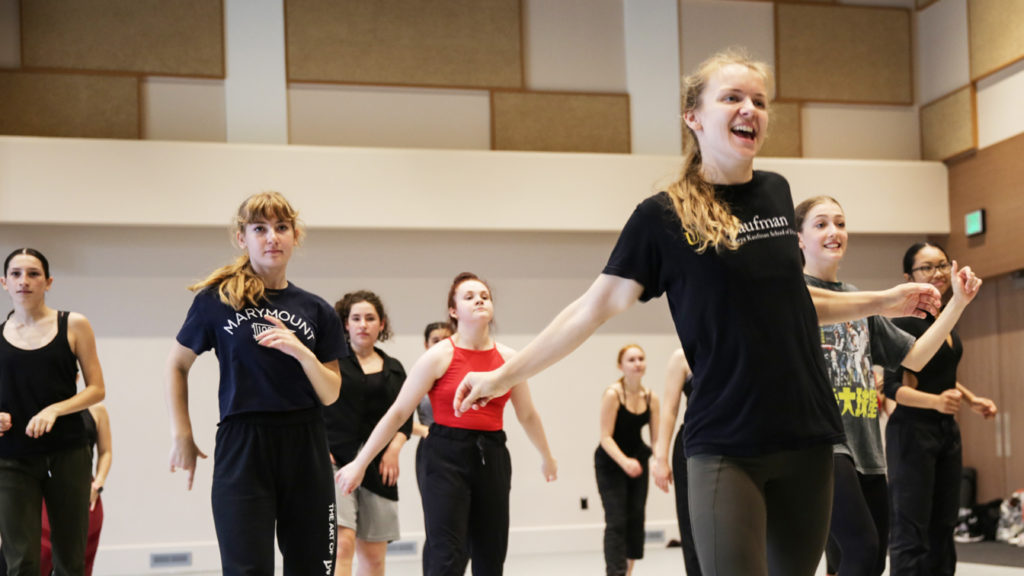 Patrick Corbin, USC Glorya Kaufman School of Dance Associate Professor of Practice, spent a long career dancing with Paul Taylor American Modern Dance. He starred in iconic works, created roles and became a Taylor repetiteur in order to pass the work on. At USC Kaufman, Corbin teaches Taylor technique and repertory year-round. The Taylor style in particular instills principles of groundedness and musicality in BFA students as they move through the core curriculum.

Each of Corbin’s classes in Taylor technique begins with the Taylor back series. The series is a progressing warm-up exercise that coaxes the spine into supple articulation. This summer, the first USC Kaufman students to ever learn the Taylor back series have become alumni. However, they have already returned to the studios to teach at the Taylor intensive in Los Angeles—Corbin trusts them that much. While Corbin and former Taylor dancer Rachel Berman teach Taylor technique and repertory, Ardyn Flynt (BFA ’19) and Olivia Euritt (BFA ’19) will teach Funkamental MediKinetics and Yoga, respectively. Justin Epstein (BFA ’19) will accompany classes.

A Taylor intensive with a pilot program

This year’s intensive is quite different than last year’s, with some structural changes. It runs for two weeks rather than one, and Corbin had to cap registration at 30 dancers (twice as many as last summer). The biggest change, though, is the offering of a hip-hop-based course in a Taylor intensive.

“Last year, we ran it similar to most Taylor intensives,” Corbin explained. “Ballet, modern, repertory and somatics. But Ardyn took one of those classes, and I started wondering: ‘why does it have to be ballet?’”

Corbin had begun to notice similarities to Taylor work in fellow professor d. Sabela grimes’ Funkamental MediKinetics system, born of vernacular dance forms. Much like Taylor technique, Funkamentals is a part of the BFA curriculum. Faculty member grimes teaches the technique to incoming freshman and beyond at USC Kaufman. Flynt had trained in the system for the last four years, and had become quite fluent in both Taylor and Funkamental languages.

“Before Paul passed away, I told him about Funkamentals, and how it really dovetails with what we need in modern and contemporary dance,” Corbin said. “Dropping the weight, bounce, articulating the spine, polyrhythms, whole-body listening and creating this sense of community, which is really what Paul’s work is about.”

Taylor suggested that Corbin try the movement system in his intensive, as a sort of pilot program. With grimes’ blessing, Flynt signed on to teach Funkamentals. Incorporating a vernacular form within the curriculum helped to widen accessibility for dancers with a background in non-classical styles. Here, they have a chance to shine and discover that their relationship to the floor is an asset in modern dance too. 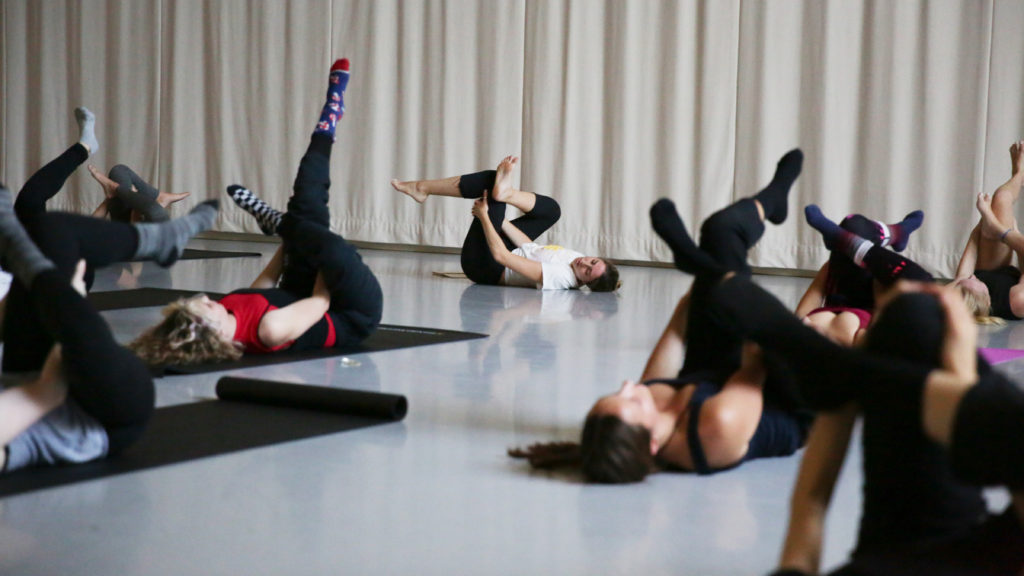 At the end of the day, the students still round out their training with a somatics class. When Corbin began looking for a somatics teacher to teach at the intensive, USC Kaufman alumna Olivia Euritt had just finished her senior project.

Euritt’s project involved earning her teaching certification at CorePower Yoga. In integrating the project with her studies at USC Kaufman, Euritt realized just how much a comprehensive yoga flow helped her day in the dance studio. She designed a flow created just for dancers. The progression helps to open the hips and align the spine for a day of movement.

Corbin saw her senior project and put all the pieces together—he looked no further in his search for a somatics teacher.

USC Kaufman alumnus Justin Epstein (BFA ’19) stepped into classes in different shoes. Though he performed Taylor’s famous Cloven Kingdom quartet several times during his time as a USC Kaufman BFA student, Epstein joins the intensive as an accompanist this summer.

Epstein’s interests in music blossomed through USC Kaufman/USC Thornton collaborations. As he moved toward a more focused degree, Epstein chose more and more elective courses in music, gathering skills until he had enough to make an EP as part of his senior project, SandBox. Recently, Corbin commissioned Epstein to score a future choreographic work. Giving Epstein the opportunity to play in the studio, he thought, could ease them into the process and allow Epstein a safe place to practice this developing skill.

Learning to teach where they were taught to learn

Corbin’s strong bonds with these recent alumni facilitates a high level of trust and comfort. This atmosphere continues the community-building, family-forming aspect of both Funkamentals and Taylor work. Though the alumni are fairly new to teaching in this capacity, they’re in home territory and given room to play in this pilot intensive.

“I’ve seen them work together, and seen them teach each other. I trust that they’re all caring teachers, and I know they’re learning—but I have complete faith in our graduates. They can all create a room that is loving and generous. They understand the connections in our curriculum and research,” Corbin said.