Patrick and Bonnie Fuscoe: A legacy of support 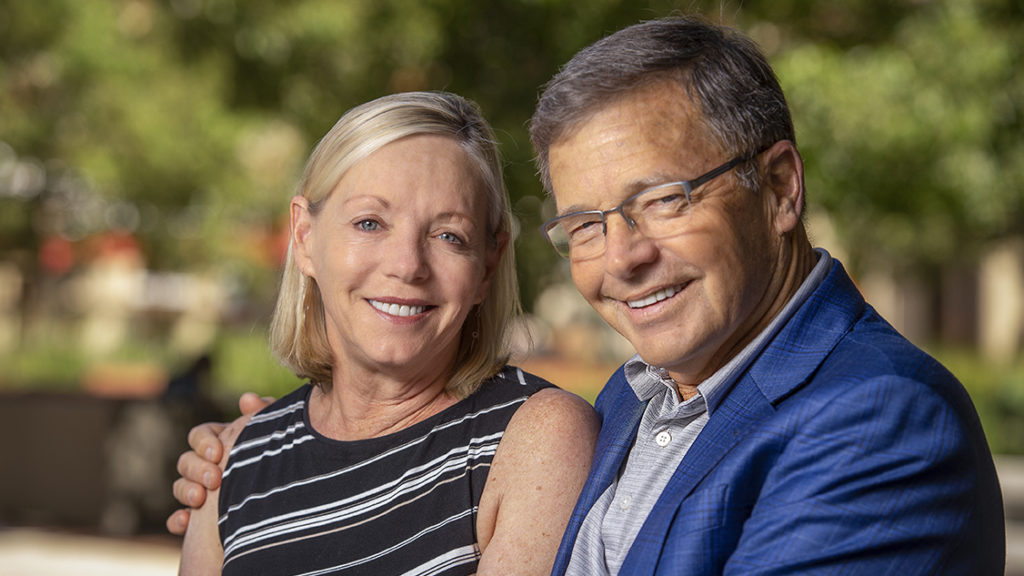 Patrick, B.S. ’72, and Bonnie Fuscoe have given $10 million to the USC Viterbi School of Engineering, and $1 million each to the USC Glorya Kaufman School of Dance and USC School of Cinematic Arts, respectively.

Their gift honors the Fuscoes’ lifetime commitment to USC. Patrick and Bonnie met at USC in 1971 while they were both undergraduate students. Bonnie was studying art while Patrick studied civil engineering. Their son, Patrick Jr., graduated from the USC Viterbi School of Engineering with an M.S. in computer science in 2019.

Love of the art form

Their daughter, Sally, came to USC to study dance and found herself directing, lighting and choreographing student productions, before USC had the school of dance that we know today.

Sally eventually pivoted to the USC School of Cinematic Arts, where she graduated in 2006 with a B.A. in critical studies. She is an accomplished film and television editor, who has had a successful career working on hit television shows such as CBS’ “Elementary.”

“We are grateful to the Fuscoe family for this extraordinary gift to USC Kaufman,” said Dean Robert Cutietta. “It is a wonderful tribute to Sally’s love of the art form and her personal experience dancing during her time on campus, and a deeply impactful legacy of support which will help ensure that this cherished school continues to grow and thrive in the future.”

The Fuscoes view engineering, dance and cinema as disciplines that inform each other to widen the arc of creativity and drive innovation. Their life’s vision to “build remarkable places” started at USC.

“All things in life are connected,” Patrick said. It’s a philosophy engrained into his company, Fuscoe Engineering, something he calls “full circle thinking,” which he wishes to pass on to current and future Trojans.

“As engineers, as artists, we need to understand the role we play in creating the delicate balance between built and natural environments,” said Patrick. “When you’re going to solve a problem and you’re there staring at it, stop and ask yourself ‘what if?’ Just before you pull the trigger on that design, stop for a second and say, ‘What if I couldn’t do this?’ What if they just said, ‘No, you can’t use concrete.’ It makes you think. So you start looking around and you see rivers that nature has had for millions of years that are working fine. And you say, ‘Oh, what if we put rocks in the sides of the channel and let grass grow around it?’ See, that’s the power of full circle thinking.”