Student Blog: In rehearsal with RubberLegz 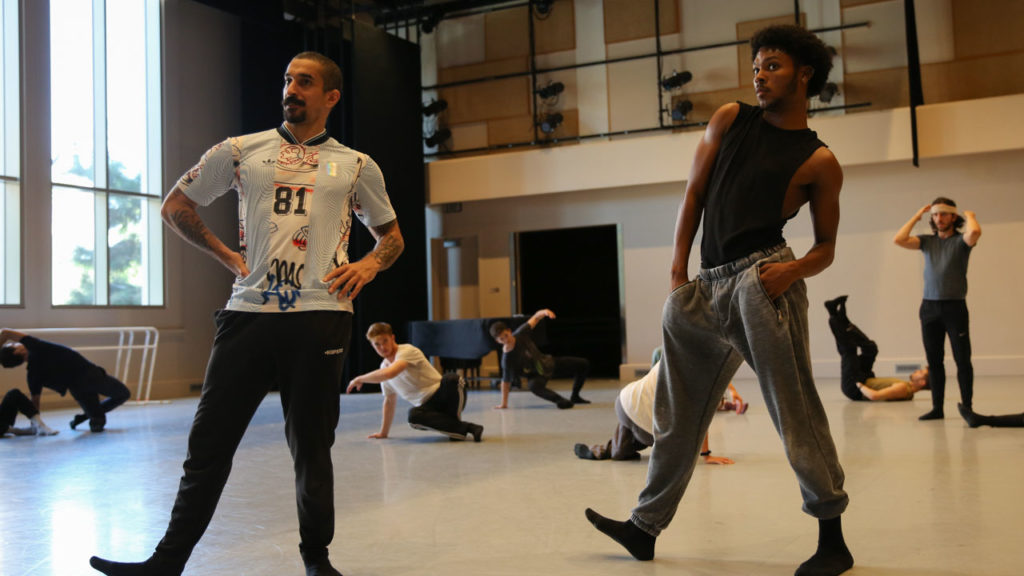 Coming into this year at USC Kaufman, I didn’t know what to expect when hearing about the opportunity to work with Rauf “RubberLegz” Yasit. A self-taught B-Boy, Yasit pairs his breakdancing technique with contemporary styled influences. The result is  what he calls Abstract B-Boying. Among other projects, Rubberlegz has created pieces with William Forsythe at the LA County Museum of Art and with the Opéra national de Paris.

Being in his intense three-week rehearsal process, I learned more about myself. I’ve grown not only as a dancer, but also as an avid listener. We created a dialogue of exploration by tapping into the processes of the other dancers in the room.

RubberLegz’s choreography taught us to be hyper-aware of our bodies’ innate habits. We learned how to break them in order to perfect the detailed phrase work that was given. The choreography called for us dancers to be deliberate with our timing and positioning to attain synchronization. We worked our bodies using a system of diligence. We carefully attached details to both the individual movements and our approaches getting into them.

When in rehearsal, our faculty mentor, Patrick Corbin, shared his advice.

“You often have to let your ego and normal way of doing movement go,” he said. “Tap into how others are executing the same choreography, and you can perceive the phrase in a new, profound way.” 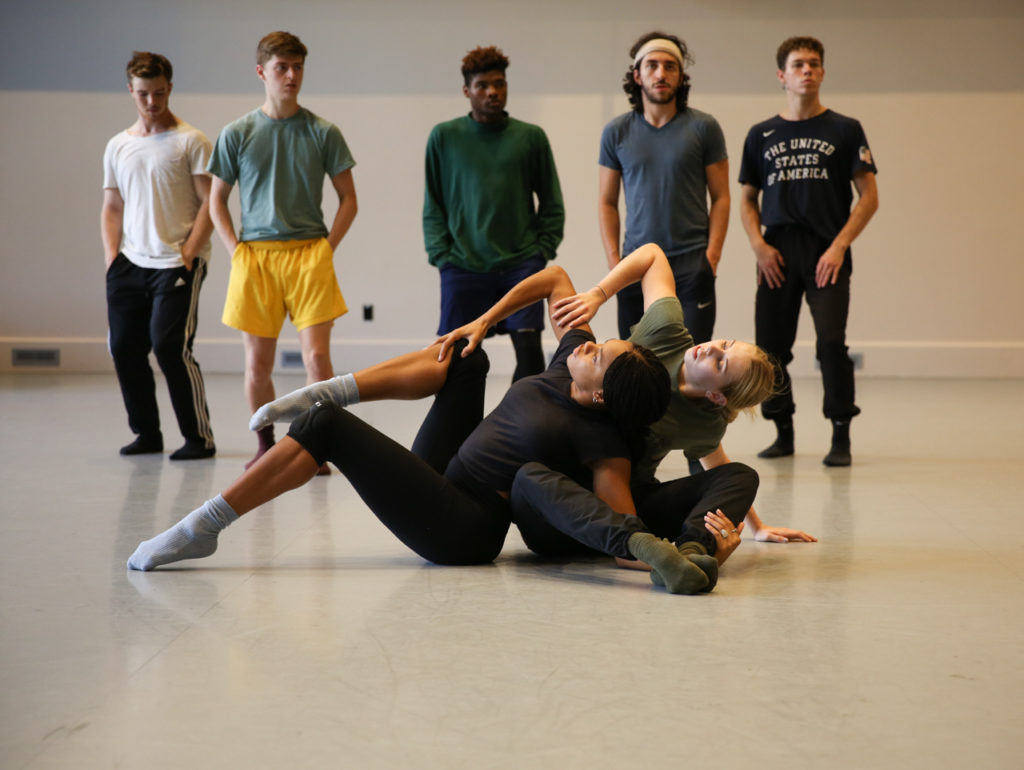 It’s not often in a professional rehearsal setting that the choreographer collaborates with you. Especially not on such an intimate level, as we did with RubberLegz.

He started off by creating a singular group phrase. This served as the foundational material for numerous solos, duets, trios and smaller group sections. We each were given tasks that we used to influence our own choices, deriving them from the original group material. This allowed us to have a sort of agency in the creation of the piece. RubberLegz often stated that he would learn just as much from us as we do from him. That was quite humbling and honestly refreshing to hear inside of a choreographic process.

Another key aspect of RubberLegz’s unique process was his emphasis on repetition. He was adamant about feeling as though each run of the piece was like exploring it for the first time. It was a way for our bodies to stay in sync with his foundational technique, while allowing space for our own personal research. This constant curiosity and aspiration for research is something that I will definitely take away from this process and apply to any future works.

One of my favorite parts of the whole experience was seeing how dedicated RubberLegz is to making himself and his work better. This was seen in his rehearsals and also through his past experiences and the stories he told us.

Yasit spoke to us about how he learned ballet from scratch, just so that he could collaborate with Forsythe on a project. He would go to the studio and practice ballet for roughly 10 hours a day. Then, he went home and used Forsythe’s technologies to enhance and redirect his own approach to B-Boying. His ability to dedicate himself so much to his craft inspired us to research and dive into movement in ways that exhausted the body physically and stimulated us mentally.

Overall, I never thought that there was a place where I could be in ballet with William Forsythe in one studio, and 20 feet away in another studio, be breakdancing with one of the most creative B-Boys in the country. It just reminds me that here at USC Kaufman, anything is possible. The experience of creating a piece with RubberLegz is something I never expected, yet will always remember for the inspiration and movement research it left me with.