Our Shot at the Homecoming Halftime Show! 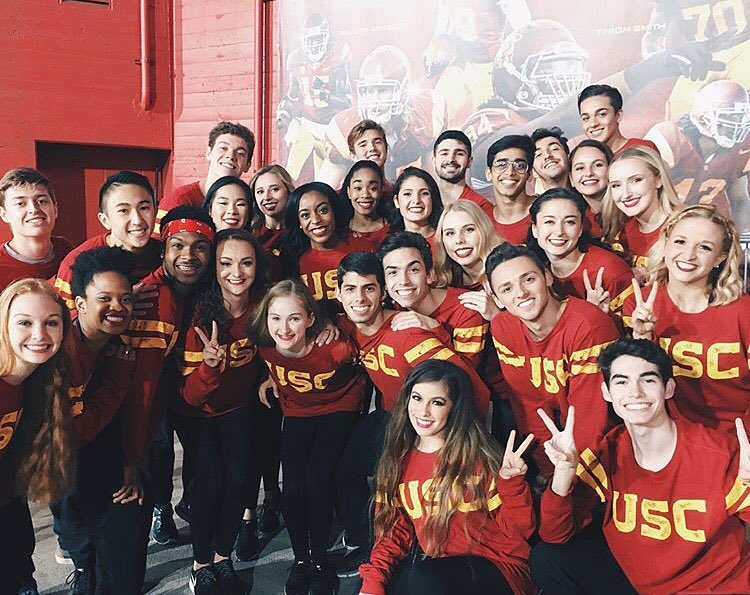 It’s no secret that our BFAs can pretty much do it all – from classical repertoire to current contemporary works, jazz, modern and hip-hop. Aways up for stretching their stylistic skills and performance experience, a large group of our BFAs jumped at the chance to perform in partnership with the USC Song Girls and the Spirit of Troy Marching Band at this year’s homecoming game halftime show.

This exciting collaboration was set to a melody of songs from the hit Broadway musical, Hamilton, and choreography was placed in the capable hands of our very own Jakevis Thomason – a member of the Kaufman BFA class of 2020. 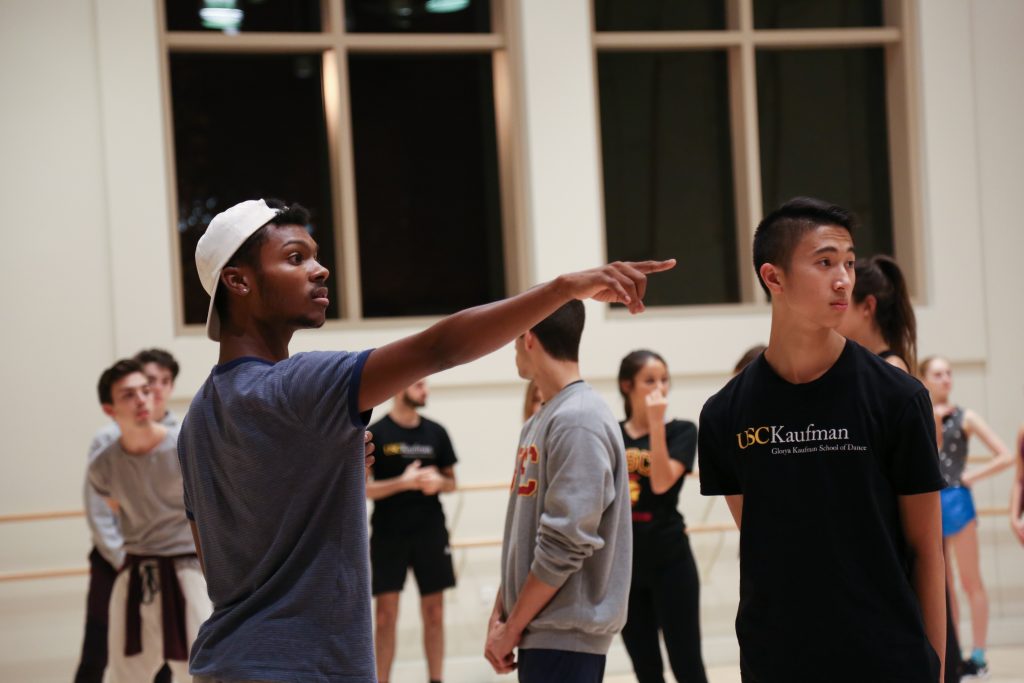 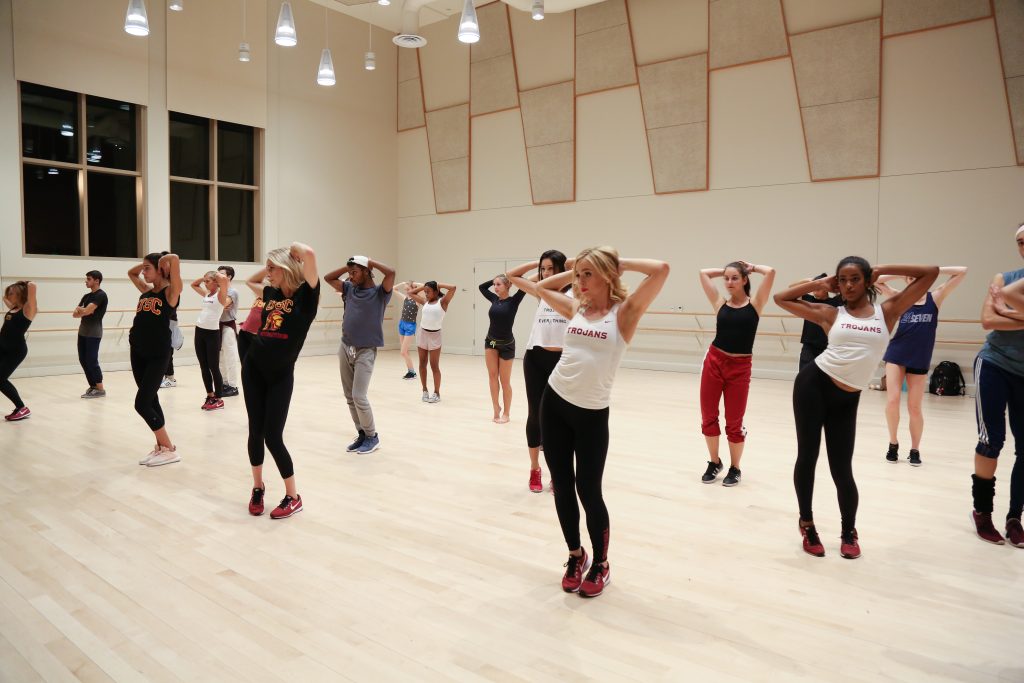 With only a few weeks to put the project together, Kaufman BFAs and the Song Girl team met for limited rehearsals and had to quickly learn Thomason’s fast-paced choreography. They had just a couple run-throughs with the band before the whole crew took the field on Saturday night and performed to thousands with dazzling success. 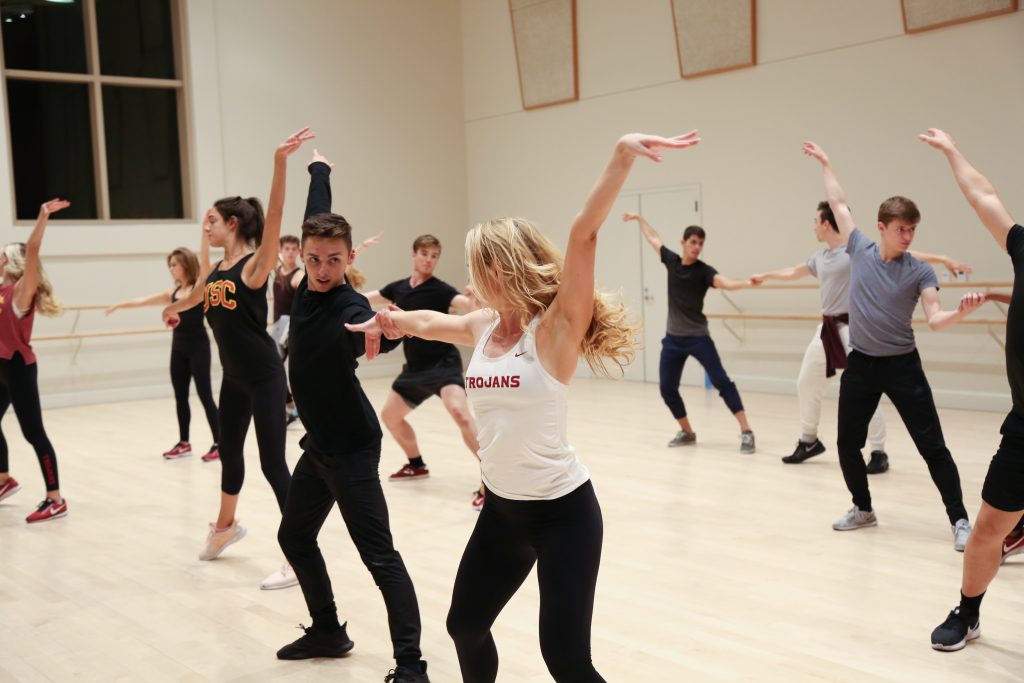