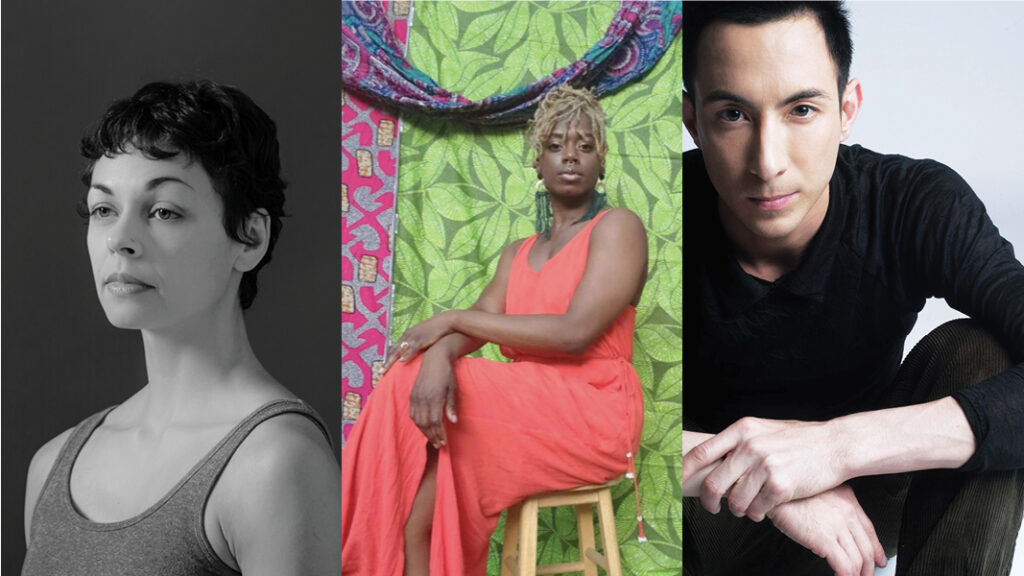 This coming semester, the USC Glorya Kaufman School of Dance will offer its students the chance to engage with renowned guest artists and repertory as our dance studios begin to open. Guest artists Kara Wilkes, Toyin Sogunro and Peter Chu will engage with BFA students remotely throughout the semester. BFA students will also learn repertory from current USC Kaufman faculty and Artists in Residence.

In 2011, Wilkes joined Alonzo King LINES Ballet. She performed with the company for five seasons. While there, she was recognized as one of “12 Standout Performances of 2015” by Pointe Magazine and performed in TEDWomen 2016.

Wilkes earned her MFA in Dance from Hollins University and joined the dance faculty at Wake Forest University in 2019. She rejoined Alonzo King LINES Ballet as a Ballet Master in 2020.

Sogunro grew up in Washington, D.C. and the greater metropolitan area but now resides in Los Angeles. Throughout her career, she has been a dancer, dance educator, choreographer and cultural ambassador of Black street and club dance. She has also become one of the best-known names in house dance. She has performed, won and judged prestigious dance competitions including Juste Debout, Summer Dance Forever and I Love This Dance.

As her recognition has grown internationally, Sogunro dedicates her work to preserving and cultivating authenticity in hip-hop and club culture surrounding Black heritage. She also serves as the creator and director of the Nefer Global Movement, a female dance collective in the hip-hop scene that celebrates dance and culture and empowers greater sisterhood.

Sogunro will work with BFA students the week of September 20.

Chu hails from Cocoa Beach, Fla., and he began his movement practice first as a gymnast. He later transitioned into dance and trained at the Dussich Dance Studio. Chu earned his BFA from The Juilliard School. Upon graduation, he received the Hector Zaraspe Prize for Choreography.

Chu has performed in many capacities, such as with BJM_Danse, EZdanza and Kidd Pivot. He starred as the lead in Christina Perri’s “Jar of Hearts” music video. He also performed in Celine Dion’s Las Vegas spectacular: A New Day.

Chu will work with BFA students the week of October 4. 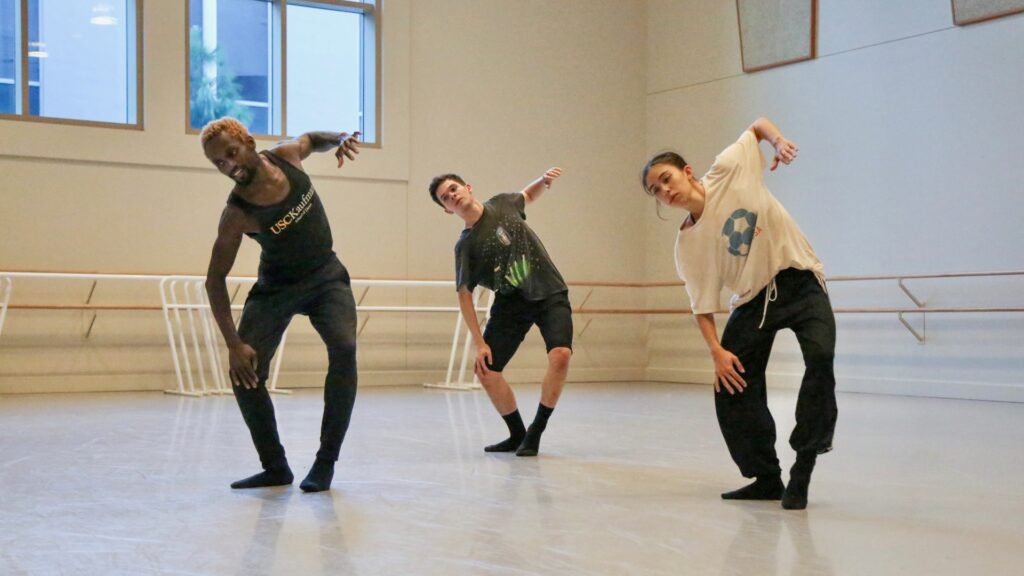 Jermaine Spivey, another returning Artist in Residence, will work with the Class of 2022 on a new creation for livestream this fall | Photo by USC Kaufman

Members of the Class of 2023 will work in-person with new Artist in Residence Penny Saunders. They will collaborate on a new creation for livestream to be presented September 18.

In addition, members of the Class of 2022 will work in-person with returning Artist in Residence Jermaine Spivey. They will also work on a new creation for livestream to be presented on November 20.

The Class of 2025 will also learn repertory by Jiří Kylián, including Falling Angels and Sarabande taught by returning Artist in Residence Fiona Lummis. Finally, members of the Class of 2024 will have the opportunity to learn the final movement of Paul Taylor’s Esplanade taught by Corbin. These works will be presented as part of the Fall Works in Progress showing on December 1.