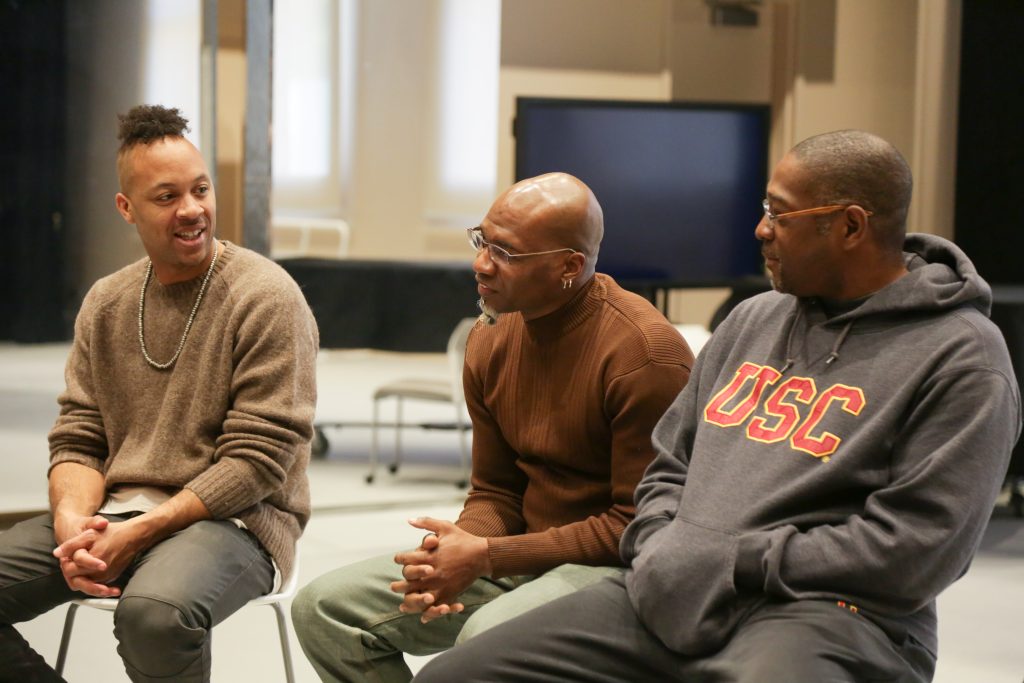 Five hip-hop dancers and educators gathered at the USC Glorya Kaufman School of Dance on Jan. 26 to share stories of their backgrounds and insights on the evolution of the art form. Visiting artist and award-winning breaker Raphael Xavier joined faculty members Tiffany Bong, E. Moncell Durden, d. Sabela Grimes and faculty artist in residence Victor Quijada in the discussion.

Finding their identities at the time when hip-hop made its the debut MTV, clothes were bright and loose, and dance on stage was ruled by concert traditions, the five artists share one common feature: a passion for this popular dance form.

As the panel touched on the evolution of hip-hop, Xavier recalled the moment when he realized of the difference between the competitive hip-hop battles at the clubs and the attention he perceived while dancing on stage.

“I got bored of going to cypher circles and watching people go ‘yo, yo, yo.’ I felt like they were rushing you out so they could get in,” said Xavier. “After I got to perform in Rome and Jewels with Rennie Harris Puremovement, the stage became an open channel to put my voice out there and be heard.”

Reflecting on the transition of hip-hop, which went from being a subculture to being staged next to legacy dance styles, the speakers discussed the opportunities that emerging dancers now have if they master a wide array of dance languages. 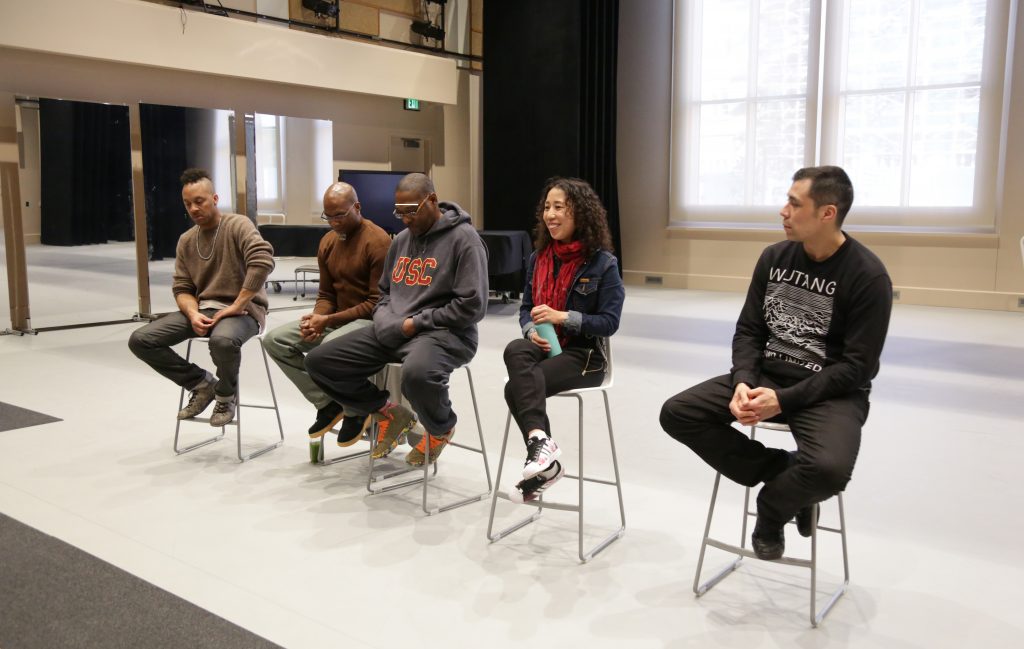 “As choreographers, we know that dancers who don’t have this information have more limitations to both train and create,” said assistant professor Durden.

“For this generation of dancers, hip-hop is entering the world of established dance, just like jazz did in the 70s,” said artist in residence Quijada, founder and director of the RUBBERBANDance Group. “You have the advantage of being exposed to this point of transformation. It makes you more hirable, even if you want to go into classical dance.”

While working on a new choreography as a visiting artist at USC Kaufman, Xavier reconnected with some past colleagues in his hip-hop network. 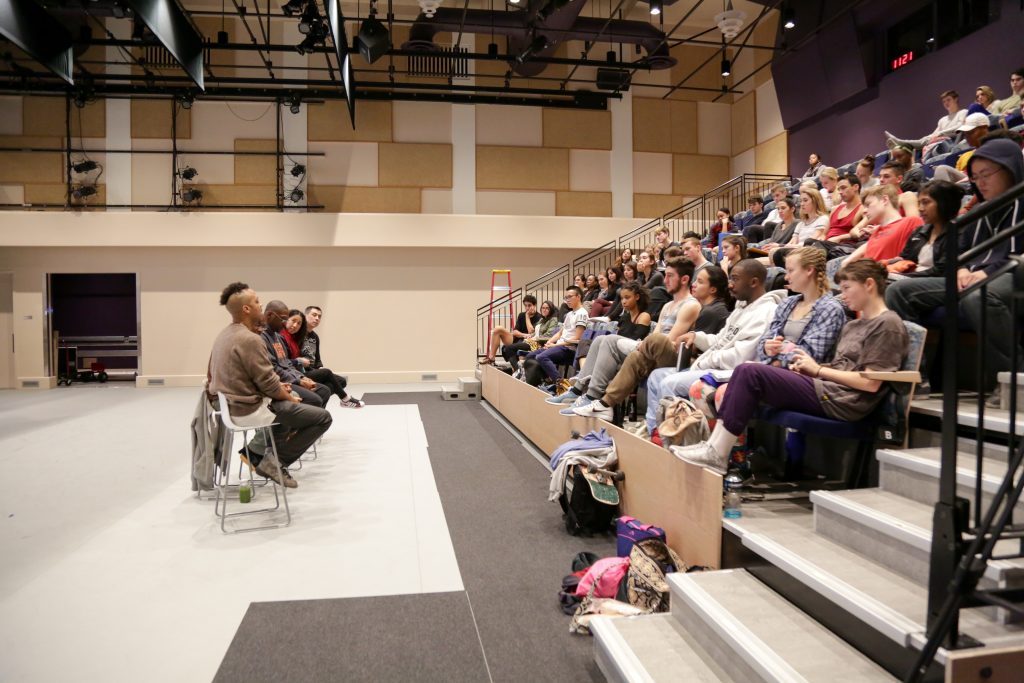 Before becoming a professional dancer, Xavier used to go to Pennsylvania and Philadelphia to see Durden and Grimes perform. In 1997, he joined Grimes in the Rennie Harris Puremovement company. Five years later, Xavier founded his Olive Dance Theater, the same year that Quijada launched his current company. Quijada and Xavier have been sharing venues for almost 20 years.

Today, Xavier produces multifaceted works that include original choreography and music, and are influenced by literature and theater. His new piece for USC Kaufman, which remains untitled, is set to music of his own creation.

“I’m teaching the students the elements of breaking, but I’m not teaching them how to break,” said the choreographer. “I’d like them to use that movement to expand their own thought process and actually create a hybrid form.”

The piece that Xavier prepared with students grew organically, as his choreography adapted to the body of each dancer. After teaching students the movements, Xavier evaluated their strengths and weaknesses and designed steps around their strengths.

“In my background, I would never have intersected with someone who would teach me how to break,” said BFA freshman Rae Srivastava, whose main training has been in modern and contemporary ballet. “Learning his technique has helped me reshape the relationship that I have to the floor while dancing, finding avenues to twist my body over new points of support such as my hands, elbows, shoulders or back.”

Both Raphael Xavier and Victor Quijada will present their new work in the BFA Spring Dance Performance on Apr. 26-28, 2017 at the Bing Theater.