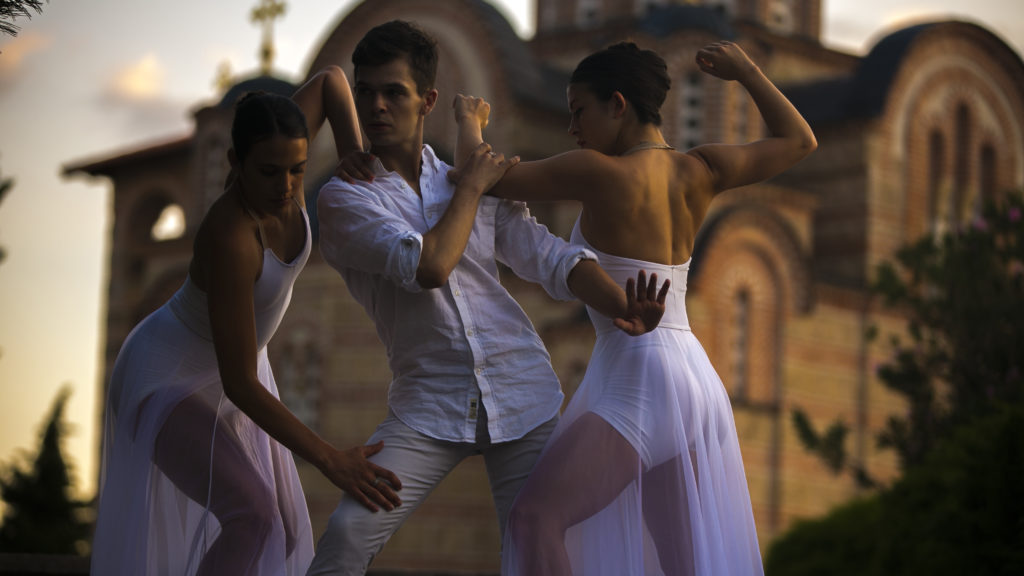 After a fulfilling and challenging two weeks dancing at Orsolina 28’s Forsythe/Pite  program in Moncalvo, Italy, the day finally came. Alyssa Allen (BFA ‘19), Sophia Oddi (BFA ‘19) and I awoke early Saturday morning to embark on our adventure to perform at the second annual Music & More SummerFest in Trebinje, Bosnia and Herzegovina with ArtistsPlus Dance Company.

Shauna Goddard Barger, Diane De Franco Browne and USC Glorya Kaufman School of Dance faculty member Jackie Kopcsak are the directors of the Pasadena-based Artist Plus. This project-based company was invited to perform at Music & More by the festival’s director, Tatjana Rankovich. Originally from Serbia, Rankovich continued training in classical piano at the Juilliard School, which years later led her to creating SummerFest.

After landing in Dubrovnik, Croatia, and shuttling through the border of Bosnia to finally arrive in Trebinje, we were immediately thrust into rehearsals. Sophia, Alyssa and I only had three rehearsals before we landed in Bosnia, so there was an evident amount of work that had to be done in a short amount of time.

We had four pieces to work on: A Sunny Waltz, composed by Petroi; a sensual Tango with Petroi on accordion and Rankovich on piano; a Beethoven Sonata, with Rankovich on piano and Rehkopf on violin and an original composition by Petroi titled A Wild Ride. These four pieces were not only musically complex, but quite lengthy. 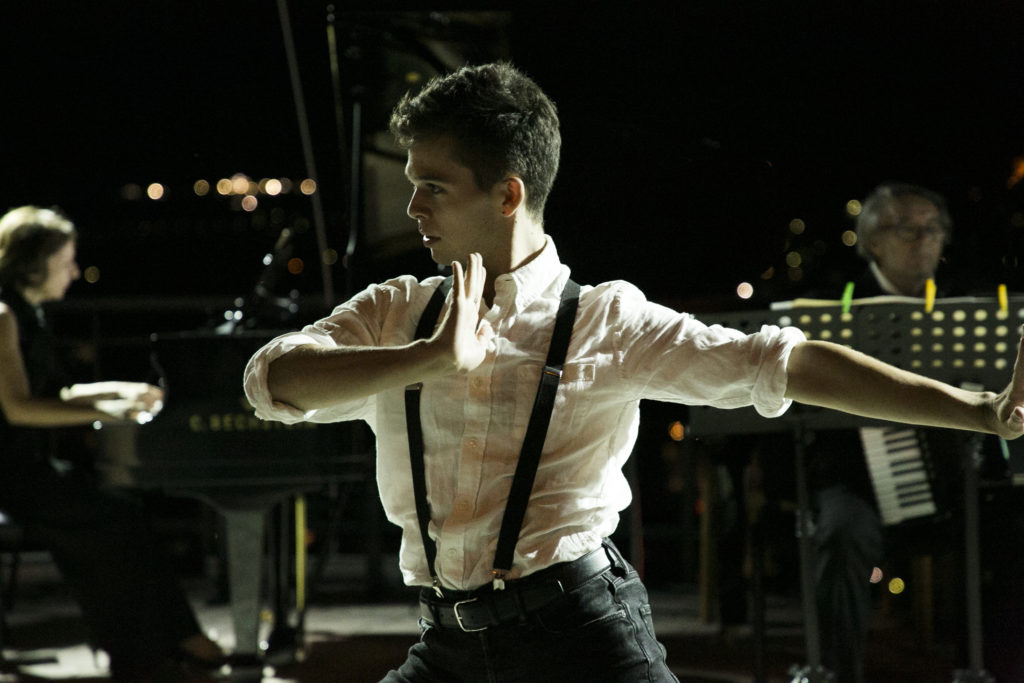 Day 1: A Sunny Waltz and Tango

In rehearsals prior to arrival, we had essentially set the Waltz and Tango, so we cleaned those pretty quickly. That Sunday evening, we performed the two pieces to live music in an amphitheater with panoramic views of Trebinje.

When we were getting ready to perform on the small circular concrete slab of a stage, my gratitude began to grow exponentially. I could not believe that dance brought me to such a beautiful place, with like-minded artists, performing at a venue unlike anywhere else in the world.

I was astounded by the audience’s reaction to the dance portion of the evening. Multiple people approached Sophia, Alyssa and I raving about the performances and thanking us for bringing dance to Bosnia. We thanked them, but let them know that Rankovich is really the one responsible for the entire festival. After a while my friends and I began to laugh, because we were receiving better responses than we have received at concerts that we worked months on.

Day 2: Tango and dinner at the President’s Villa

Monday consisted of more rehearsals during the day, and one more performance of the Tango at the late President Tito’s villa. We were bussed about 30 minutes outside of the city center to perform with musicians and students in an hour-length concert.

We were able to eat dinner afterwards with the man who currently owns the Tito residence. He expressed his gratitude for dance being performed in Bosnia, and was eager to continue blending dance into their culture. After a wonderful evening with invigorating conversations, we went to bed in preparation for the long day ahead of us.

Day 3: Sonata and A Wild Ride

Tuesday morning we woke up and put together the Sonata and A Wild Ride. It was quite stressful having to learn and clean pieces on the day of the performance. However, this trip was a true testament to the level of professionalism USC Kaufman prepared us for.

Working with Rehkopf and Rankovich on the Sonata was a highlight for me. With the two musicians set up on downstage right, we were able to play with their timing, and create evident musical and choreographic counterpoints. This further ignited my passion for performing with live music. It is so easy to let contemporary dance get so serious. This use of musical play allowed for the performance to be that much more alive. 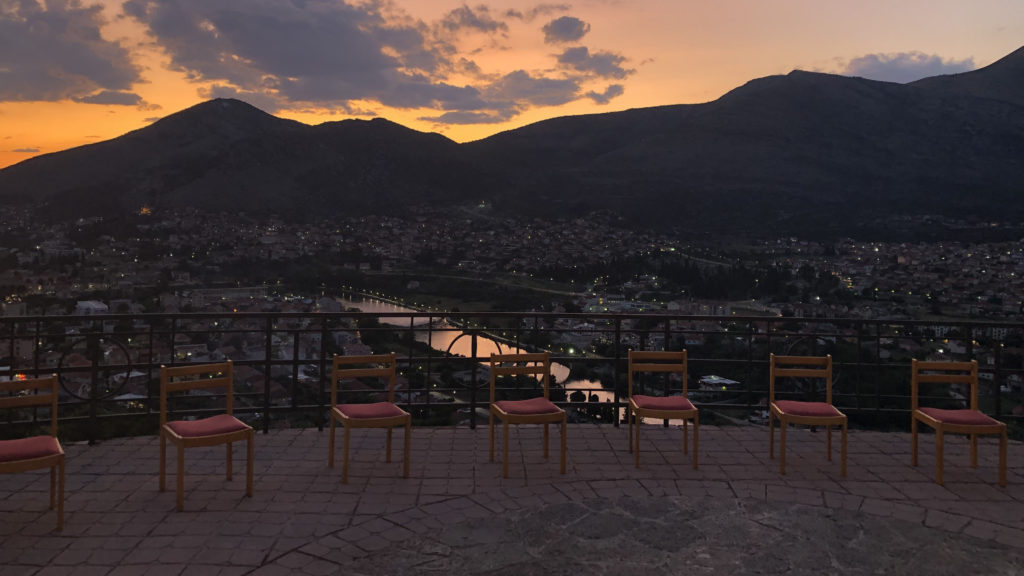 A view of Trebinje | Photo courtesy of Brendan Evans

After the show, we all went out for one final dinner in Trebinje with the musicians and directors. I had the opportunity to talk with Petroi at length about the importance of bringing dance and music to Bosnia.

About two and a half decades ago, Bosnia and Herzegovina were in the middle of a gruesome war. Yugoslavia broke down completely after Tito’s rule and violence emerged. Petroi was born in Serbia and he saw this war from afar while living in Paris. He sadly noted that while returning to his homeland for a visit, Bosnia had been completely destroyed. The infrastructure was broken, the economy crashed, and there were bombings, executions and blight.

However, he explained that over the last two decades, Bosnia has been in a state of recovery. That is why this festival is so important. After so much horror and tragedy, art can continue to unite communities together. This is why art isn’t just important to Bosnian culture, but it is vital to its rehabilitation.

This trip taught me just how healing dance can be to a country, and how lucky we are to work in a field where we are surrounded by like-minded artists who are not only invested in their work, but invested in the greater good of the people.

I am so thankful to Shauna, Diane and Jackie for taking me on this trip. And am so lucky to have danced alongside Alyssa and Sophia one last time before they embark on their professional careers. This experience will remain with me forever. I hope to be a cultural diplomat for dance to bring it to places that are in need of healing.