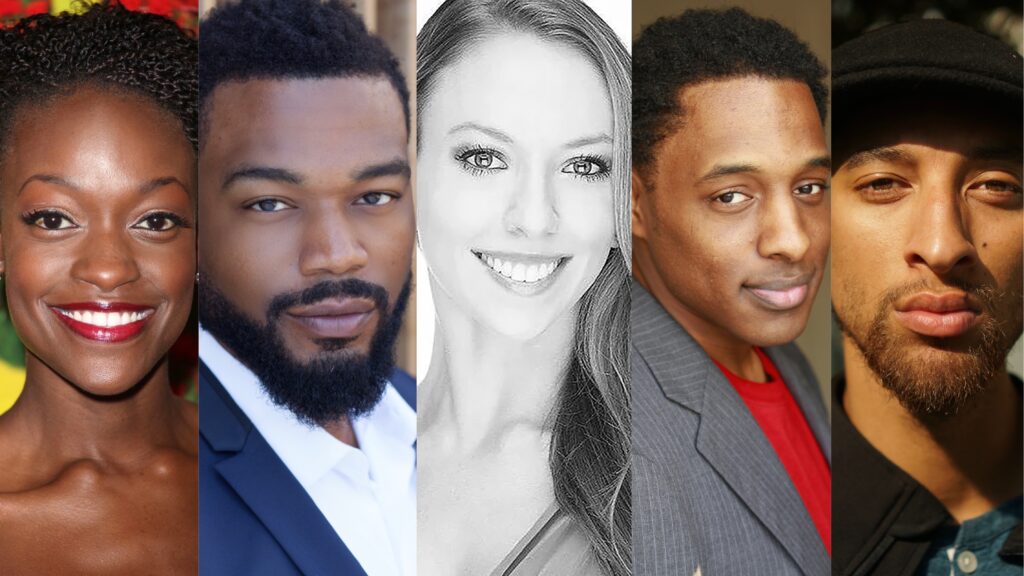 In addition to previously announced Artist in Residence Penny Saunders and Lecturer Rosanna Tavarez, the USC Glorya Kaufman School of Dance welcomes five new faculty members this fall. These include lecturers Molly Bogunovic, Ebony Haswell Frazier, Grasan Kingsberry, Jason Rodgers and Danté Rose. Each will bring their diverse perspectives to the School of Dance as the USC Kaufman community reopens their studios for in-person learning.

Hailing from Ventura County, Calif., Bogunovic began her ballet training at the age of seven. She studied under the direction of Clarissa Boeriu and Stanley Holden. At age 16, Bogunovic started training at the Rock School for Dance Education in Philadelphia as a resident student under full dance scholarship. Then in 2006, she joined Pennsylvania Ballet. There, she worked in the company’s outreach program, Pennsylvania Ballet II, which brings dance to underserved communities in Philadelphia. Bogunovic also toured at the New York City Center and the Kennedy Center while at the Pennsylvania Ballet.

In 2010, Bogunovic joined the Los Angeles Ballet where she has danced in countless renowned productions. She has also performed in lead roles in new works from “So You Think You Can Dance?” choreographers Stacey Tookey and Sonya Tayeh. In addition, she originated a soloist role in Christopher Stowell’s world premiere of Cipher.

Haswell Frazier began her dance training at The Miami Conservatory (Thomas Armour Youth Foundation). Then, she continued on to the New World School of the Arts. Later in her career, she was asked to join Dance Theatre of Harlem (DTH). Here she danced in ballets such as Apollo, Giselle, Agon, Serenade and many others. After DTH, Haswell Frazier joined Complexions Contemporary Ballet and Alvin Ailey American Dance Theater. She has performed principal roles with those companies and the works of many renowned choreographers such as Ulysses Dove, Jodie Gates, Robert Badle, Talley Beady and Maurice Béjart among others.

In addition to her roles in concert dance, Haswell Frazier has also worked in the commercial dance world. She performed in the City Center Encores! production of The Wiz. She is also a cast member of the feature film Bolden!. In addition to teaching master classes throughout the country, Haswell Frazier teaches at Debbie Allen Dance Academy and AMDA College and Conservatory of the Performing Arts. Haswell Frazier is a graduate of the University of Southern California and was a National Visiting Fellow with The School of American Ballet (SAB). 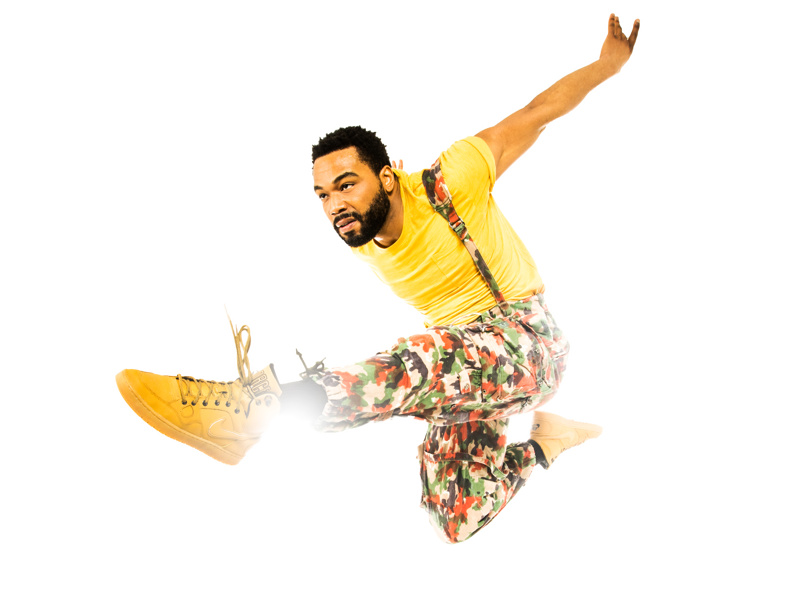 Kingbserry is a Daytime Emmy, Grammy, ACCA and Regional BroadwayWorld award-winning artist originally from Charlotte, North Carolina. He received his BFA from The Juilliard School, and went on to appear in eleven Broadway productions. He performed in Once On This Island, the 2018 Tony Award winner for Best Revival of a Musical. Kingsberry was also a part of workshopping and developing the show’s 2005 original Broadway cast. He also contributed to the 2015 Tony, Grammy, and Emmy winning revival of The Color Purple.

Kingsberry has also been featured on television and in film. Some of his television credits include “Mozart in the Jungle,” “Smash,” “Royal Pains” and “All My Children.” He has also been featured on talk shows such as the “Today” show, “Late Night with Seth Meyers,” “The Late Show with Stephen Colbert,” “The Late Show with David Letterman” and “The Oprah Winfrey Show.” In film, Kingsberry worked on The Aerialist (2019) and I Am Legend with Will Smith. Further in the commercial dance world, he has collaborated with notable artists such as Beyoncé, Michelle Williams, Deborah Cox, Toni Braxton, Jennifer Hudson, Jennifer Holliday, John Lithgow, Harry Connick Jr., Alan Menken, Matthew Broderick, Kelli O’Hara and Wynton Marsalis.

Rodgers specializes as a tap dance educator as well as a dancer, choreographer, actor and musician. He began dancing at age seven with Paul and Arlene Kennedy at Universal Dance Design in Los Angeles. Throughout his career, Rodgers has choreographed and performed tap dance for Disney, Verizon, Dodge, Gatorade, Microsoft, Cosmopolitan Hotel & Casino in Las Vegas and the Closing Ceremony of the European Games in Baku, Azerbaijan. He has had the privilege of working with Debbie Allen, Tim Robbins, Jerry Lewis, Donald O’Connor, Fayard Nicholas, Eddie Brown, Danny Daniels, George C. Wolfe and Christopher Scott.

He also established his own company, Jason Rodgers Entertainment. This Los Angeles-based company creates live interactive shows involving song, dance and tap history. His international dance work has included Madison Square Garden, The New Orleans Jazz & Heritage Festival, The Montpellier SwingJammerz Festival, and the world-renowned Stockholm Tap Festival in Sweden. His further credits include The Academy Awards, the North American tour of the Broadway musical Bring In Da Noise, Bring In Da Funk, “Dancing With The Stars,” “So You Think You Can Dance?” and Station 19. 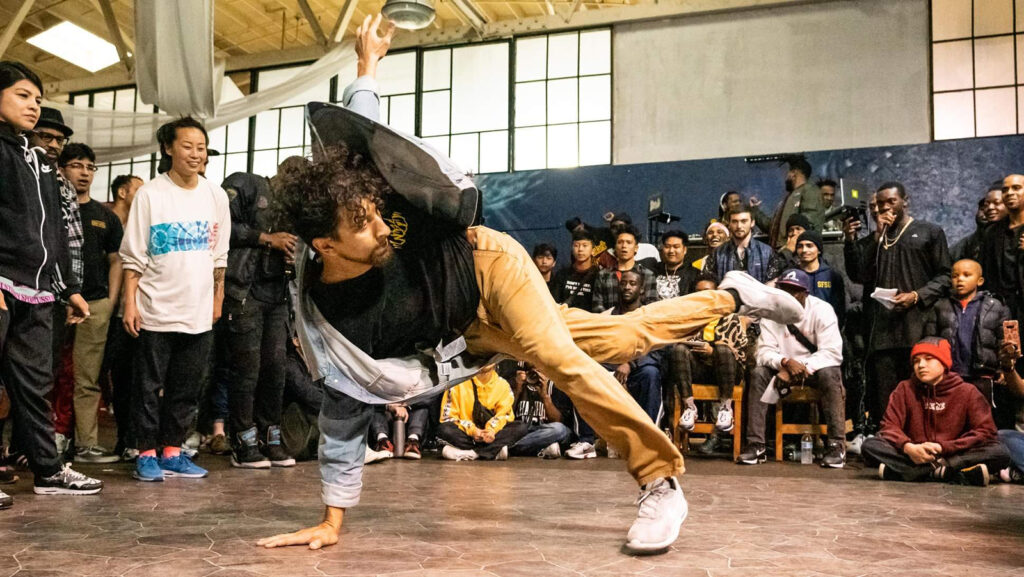 Rose has experience as a dance artist, musician, thespian and educator. His blend of cross-cultural influences have made him a highly regarded movement artist in the United States and abroad. With the avant-garde Circle of Fire breaking crew, Rose balances traditional and experimental approaches to breaking, hip-hop and house dance. Rose brings over a decade of teaching experience to USC Kaufman. He has honed a pedagogy that honors foundations while cultivating a space for new movement and community-supported individualism.

An accomplished performer, Rose has appeared on many stages from the prestigious Oregon Shakespeare Festival in Eugene, Oregon to I.B.E. in the Netherlands. Among his awards are an Artist Residency at ODC Theater in San Francisco and an honor for artistic contributions to the city of San Francisco.