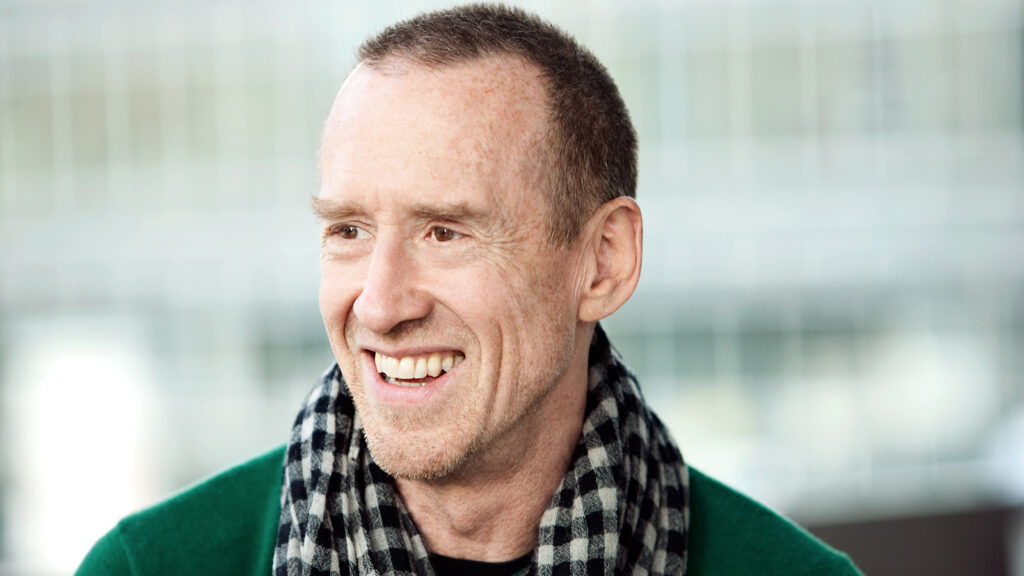 Shortly after visionary founder Glorya Kaufman made her gift to establish the University of Southern California’s School of Dance in 2012, Dean Robert Cutietta, Founding Director Jodie Gates and Glorya Kaufman herself flew to Frankfurt, Germany to meet with William Forsythe, one of the dance world’s foremost choreographers. According to Cutietta, their purpose was to seek his advice on starting a new dance school.

From their ensuing conversations, it was clear that Forsythe’s enthusiasm and vision for the future of dance would help create the foundation of a unique and influential school. A year after that visit, Forsythe officially joined USC Kaufman as the recipient of the inaugural Claude and Alfred Mann Endowed Professorship of Dance and became a major force in laying the groundwork for the School of Dance.

Forsythe and Kaufman have enjoyed a collaboration of the heart since that first encounter. She recalls having dinner with Gates and Forsythe at her favorite restaurant, Il Piccolino, when Forsythe signed his contract with USC. “I screamed with joy,” she said. “Bill knew how much his involvement meant to me from a deeply personal perspective, as well as the stature we both knew he would bring the project. He wanted me to be there for that moment.”

In addition to “sharing wonderful conversations over dinner,” one of Kaufman’s favorite memories during Forsythe’s time at the School of Dance included an “unforgettable Cinderella moment,” in which the two danced together at USC Kaufman’s opening on October 5, 2016. According to Kaufman, “few people at his level are as thoughtful and generous as Bill. I treasure him and all that he has brought to our new school, to our students and to the future of dance.”

Cutietta also spoke to Forsythe’s generosity of spirit. “He cared so deeply about the school and the students that he was in the classroom with them on the very first class of the very first day that the school opened in fall 2015,” he said. 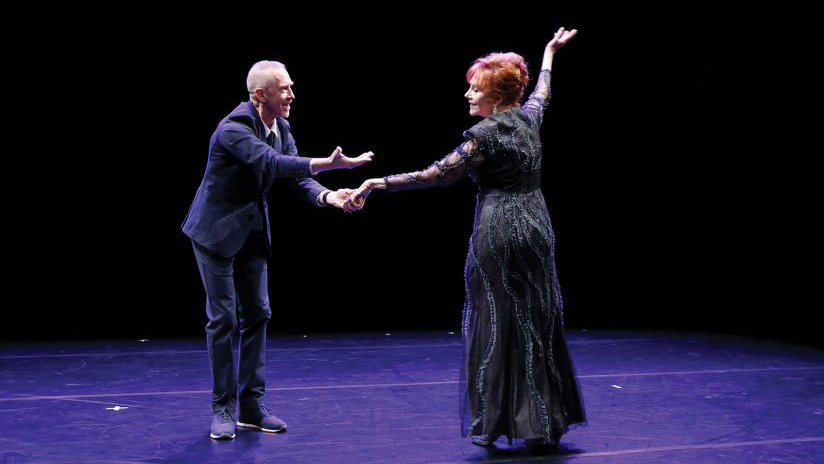 The School of Dance opens its doors

Gates, who has known Forsythe since she was 18 years old, recalls standing with him that first day in the USC Physical Education Building, where dance majors took classes until the Glorya Kaufman International Dance Center opened in fall 2016. In the empty studio, they were preparing to co-teach ballet for the first time. Gates remembers holding her breath, waiting for the inaugural Class of 2019 to show up ready to dance.

“We were just hoping that the vision was going to work,” she said. “I have taught ballet classes my whole career, but both of us were nervous. I remember how beautiful it was as we were circling the room. He was on one side and I was on the other. I’d give the combinations, and he’d be coaching. I realized this is such a beautiful space to be in with this very reciprocal respect for one another.”

When the School of Dance officially opened its doors in 2015, Glorya Kaufman’s generosity ensured that future students would experience the joy and intellect of dance through its BFA program. She applauded Forsythe’s early contributions to USC Kaufman as an internationally acclaimed artist.

“Bill Forsythe made a name for himself on a global scale, yet returned to the United States to teach a new generation of artists and thought leaders,” Kaufman said. “He promotes reinvention through his groundbreaking work in ballet. This empowers students in the classroom and beyond. His time at USC produced a refreshed approach to collegiate dance that cannot be found anywhere else.”

Forsythe played an integral role in providing foundational knowledge for USC Kaufman in its infancy. From the beginning, Forsythe has imparted his modern wisdom on the School of Dance in his approaches to ballet, improv, composition and more. Now, as he prepares to move on from USC Kaufman after this semester, his colleagues celebrate his lasting impact.

Saleemah E. Knight, Adjunct Assistant Professor of Dance, joined USC Kaufman as a Founding Faculty Member in its early days. She remembers regular conversations with Forsythe in her office centered on the trajectory between contemporary ballet and jazz, her specialty, at the School of Dance. Through their collaboration, Knight understood Forsythe’s intent to provide young dancers with more agency in the studio by deconstructing the traditional, strict standards of ballet.

“He made dance accessible to all bodies. He saw all the students in the room as their own unique, valuable individual,” Knight said. “Everyone in the professional world knows him as William Forsythe, but at USC Kaufman he’s Grandpa Bill. He didn’t have an air of superiority with the students. He kept a sense of professionalism, and also made the students feel very comfortable talking to him.” 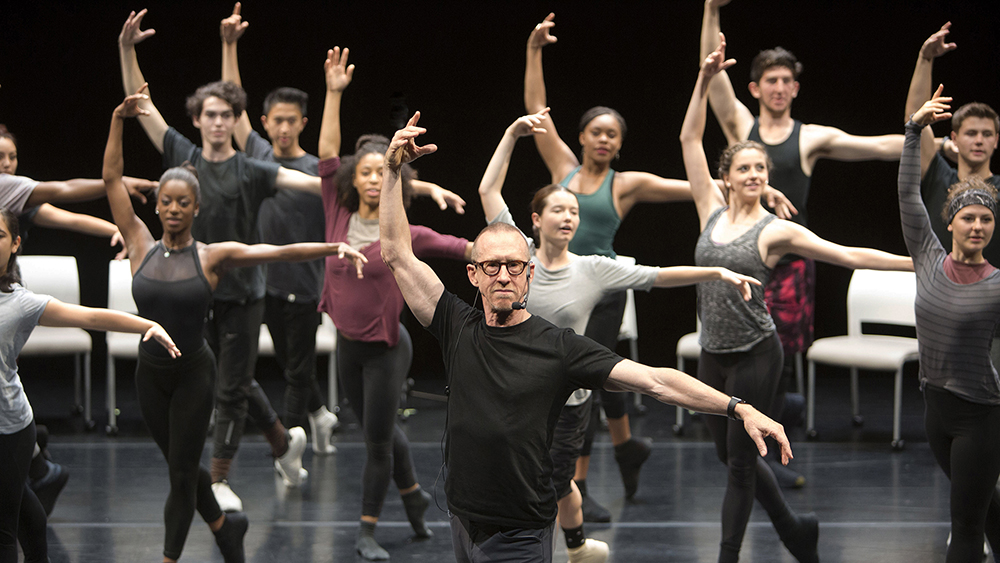 Like Knight, Jackie Kopcsak, Assistant Dean of Faculty, acknowledged that Forsythe championed greater autonomy for students in the classroom. Kopcsak also noted that this practice can be rare in the ballet world, but it smoothly aligned with “The New Movement,” USC Kaufman’s model for dance education. She also explained that during his time at the School of Dance, Forsythe envisioned the interplay of distinct disciplines. Even as a ballet maker, he was a strong advocate for the addition of hip-hop to USC Kaufman’s curriculum, Kopcsak said.

“Bill appreciated the musicality and improvisational elements of the hip-hop cypher,” she said. “Those things coupled with his philosophy about improvisation, composition and music fit perfectly with our hip-hop curriculum. It made this interesting synergy with the best of both worlds. His legacy is for us to continue to bring what can feel like the binary, these extreme opposites of ballet and hip-hop, together to meet.”

At USC Kaufman, the faculty aims to build their students into artist scholars. These are intellectual dancers thinking in real time about their work and offering input to professors as they learn. Margo Apostolos, a Professor of Dance, saw this goal in Forsythe’s approach with students.

“Working with Bill Forsythe has been a true privilege and honor,” she said. “I have enjoyed watching him work with our dancers as he broadened their creativity and inspired their work. As a colleague, I most enjoyed my conversations with Bill and exchanging ideas and laughter.”

William Forsythe and Jodie Gates in 2005

William Forsythe teaches the Class of 2023 | Photo by Mary Mallaney

William Forsythe teaches the Class of 2021 | Photo by Mary Mallaney

William Forsythe teaches the Class of 2022 | Photo by Mary Mallaney

Cutietta recognizes the enduring influence Forsythe leaves on the school and its curriculum. His insight has cultivated modern techniques that revolve around student curiosity and growth that shapes USC Kaufman’s path forward.

“Bill Forsythe is skilled not only at articulating his vision, but also in helping students understand their true potential. His presence has contributed to new discoveries in the studio and widened the scope of ‘The New Movement.’ He has been fully engaged in their learning and we are forever grateful for his contributions to USC Kaufman.”