Student Blog: Being Immersed in the Berlin Arts Scene 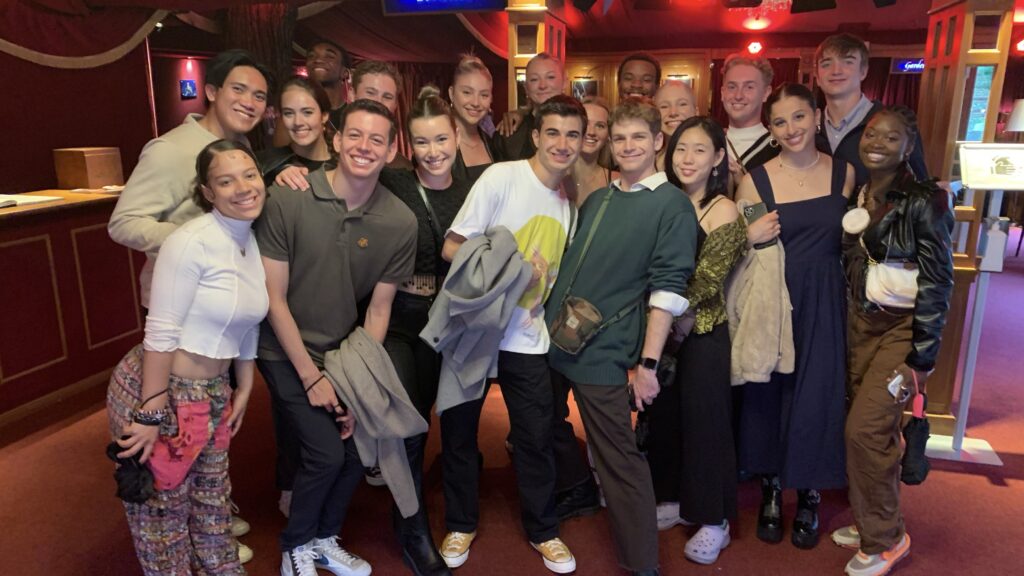 Several of my fellow BFA students and I are currently in Berlin, Germany on a Maymester with the USC Glorya Kaufman School of Dance. This three-week long course is led by USC Kaufman professors Thomas McManus and Bruce McCormick. During our trip, we’ll have the opportunity to attend dance classes, watch opera and avant-garde performance viewings, and take architecture tours, among other cultural experiences.

Applying for the Maymester

When applying for this Maymester, I stated that I wanted to immerse myself in the arts scene in Berlin. Specifically, I wanted to enhance my own artistic voice by embodying a cultural experience. I know that many people’s personal statements hovered around Germany’s strong art scene, specifically concert dance. As my time at USC Kaufman continues, however, I’ve realized that I have never seen myself dancing in a company. I’ve found myself interested in doing it all, whether that be concert, commercial, Broadway or pursuing my love for film.

This spring, I started to explore other facets of the dance field while driving my curiosity in dance research. While I understand the importance of indulging in the beautiful concert dance scene in Berlin, I believe this Maymester can provide a richer experience beyond that.

What intrigues me the most is how history and culture shaped Berlin into the home of avant-garde dance in Europe. The videos and readings that our professors assigned showed that historical implications were vital in shaping this country.

While many people throw around the phrase “avant-garde,” I wanted to have a set definition of it; the “people or works that are experimental, radical or unorthodox with respect to art, culture or society. It is frequently characterized by aesthetic innovation and initial unacceptability.” Whether it’s Laban branching away from the modern dance scene in America or the films of the 1900s, Berlin contains it all. I came to USC Kaufman because I wanted to redefine how others view dance. I’m hoping this Maymester will help me discover why and how Berlin became the home of avant-garde dance in Europe.

This is my first time in Europe. I’m so thankful to have the opportunity to be in Berlin for three weeks. The journey here started in Los Angeles, then Toronto, Frankfurt and finally Berlin. At each stop, I took a window seat and observed how the land shifted from place to place. On the flight from Frankfurt to Berlin, much of what I was seeing reminded me of my home in Vancouver. From the trees, to the water, to the way in which each town was separated in a clean and concise manner, the trip reminded of the way I feel when I fly back home. Landing in Berlin was a breath of fresh air. I stood there taking everything in while also trying to understand where baggage claim was.

My initial impression of Berlin was that it feels very diverse in that you can find different facets throughout. Taking the train from the airport to the hotel, I observed how each part of Berlin has its own unique flavor. On my initial walk, I appreciated the calm nature that filled the air. I looked at the architecture and art that highlighted different crooks of the city. Near the hotel, the smell reminded me of New York City, but that shifted as I walked past the different cafés. Honestly, all I wanted to do during my first few hours here was observe, and that’s exactly what I did. I went to a bakery, pretended I knew what the menu said, and sat by a window and relaxed. I appreciate the fact that this city is full of history and you can see physical examples everywhere you go. 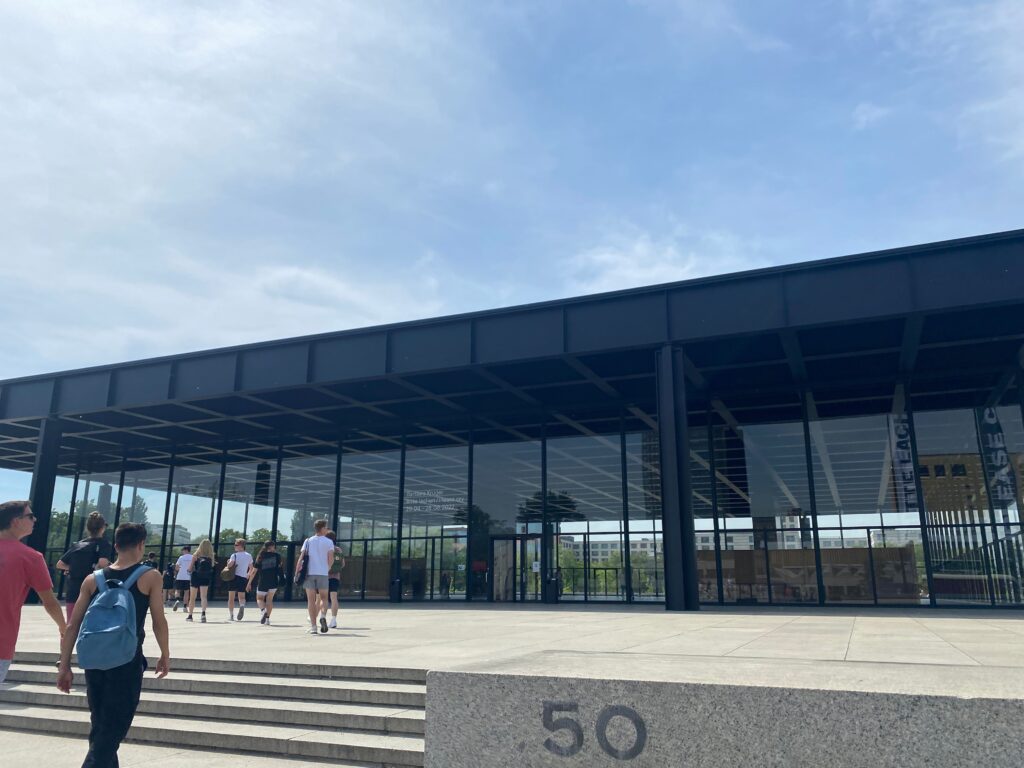 Walking Into The Studio

I was amazed when we walked into Radialsystem on May 18. First, I loved the idea of taking something that had nothing to do with dance and creating a hub that utilizes the space. Sitting on the Spree, the main river in Berlin, the building was originally a turn of the century pumping station for Berlin Water Services. Walking up to the top floor, I appreciated the doors that were reminiscent of what the place used to be. Also, the studio space was amazing due to the glass windows overlooking the Spree and buildings in Berlin.

Doing some research on Radialsystem, I found that it was developed in 2006. They have since transformed the building and its outdoor areas into a stage. As a place for art and collective action, it became a hub for different cultural traditions and forms of knowledge to be in dialogue. This aligns with USC Kaufman’s goal of hybridity, as well as The New Movement. We are constantly bringing our own experiences into the space and trying to discover what’s next.

As I walked through the building today, I realized that the people behind Radialsystem became hosts for people to come together and shape a community. In addition, I felt as though everything continued to expand. Taking class in the space felt like a dream. Even though it was hot, I could look out the windows and find inspiration. While my energy was a bit down because of the long travel day, I found energy with the people in the room, the view of the Spree and the curiosity of trying to decipher the buildings outside. I’m thankful to be able to dance in these beautiful studios!

We also did a walking architecture tour in Berlin that was very interesting. The shift in historic buildings to the industrial modernist style, as demonstrated at Kulturforum, intrigued me. I feel as though I really connected with what Jan, our tour guide, was saying. I even wrote down some of my thoughts while we sat outside of the Neue Nationalgalerie.

At first, I wrote my observations of how the architect sacrificed the space to showcase the art of the building. Jan mentioned that the building does not work very efficiently as an art museum because they had to store everything in the basement for logistical reasons. That sacrifice showed me the balance of what is important in the moment. In this case, was it to highlight the symbolic meaning the building held? Or was it to create a space to showcase the art found inside?

The fact that these architects created buildings that had their own meanings amazed me. An example is how the Berliner Philharmonie was built from the inside-out, while the Neue Nationalgalerie came from the outside-in. The architect made this direct choice, and I hope to do the same in my own work.

My goal for the future is for viewers to constantly find something new as they watch my work multiple times. As I continue my journey on this Maymester, I’m starting to discover what I want to create for my final project. The architecture really struck me, and I want to bring in graffiti and elements of film. I’m hoping to create a film that highlights the art captured on the walls of the city, while also peeling back the geometric layers of the architecture of Berlin.