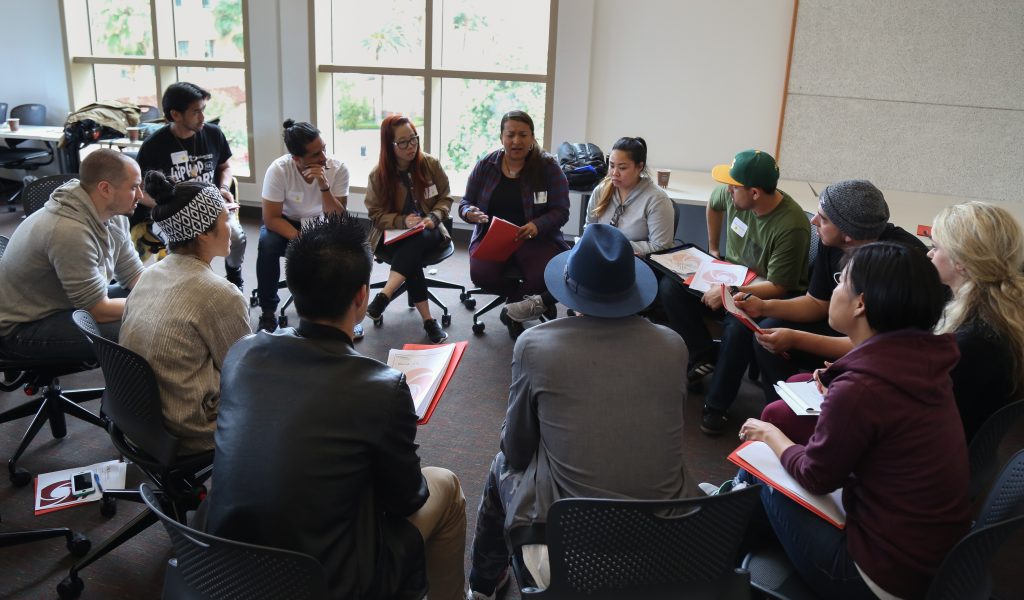 A unique dialogue between hip-hop dance academics and practitioners began at the Glorya Kaufman International Dance Center on March 5. “The Cypher: 2017 hip-hop dance education summit” gathered educators, choreographers, researchers, dancers and community leaders to strategize on the future of the art form.

Since its founding, USC Kaufman has made hip-hip a core element of its BFA curriculum and hosted visiting hip-hop artists such as jookin’ star Lil Buck or Raphael Xavier. “The Cypher,” however, sets the stage to heighten the level of research and study of this American-born dance style.

As Bong explained, the creative encounter of dozens of hip-hop dancers from across the spectrum in a higher-education setting is unprecedented. 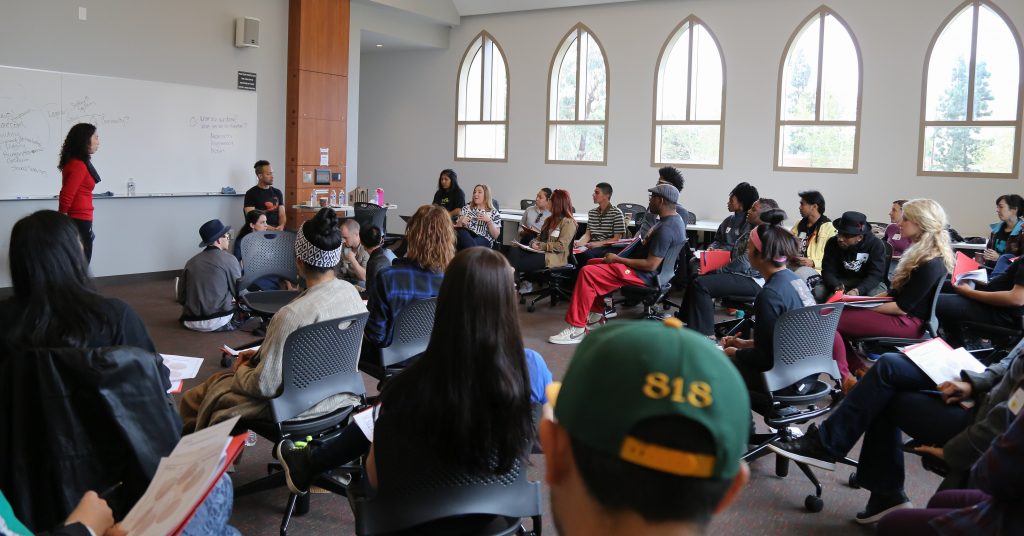 “This is the first stepping stone. The goal in a few years is to have a multi-day, international-level conference,” said Bong before the event. “The people that come today are going to envision what will happen with hip-hop education in the future.”

“The Cypher” focused on three measurements:  Awareness (learning the advancements that other members were creating), Alignment (encouraging partnerships and collaboration) and Action (planning specific steps and support networks to see ideas flourish in the future).

“You never see a group of educators and people of that caliber get in a room together,” said attendee Charlie Dando, who teaches courses on house dance and American 20th century culture at UniverSOUL, Bong’s organization dedicated to hip-hop education. “A big part of it was finding partnerships and sharing knowledge, resources, passions. I’m already planning to collaborate with Culture Shock Los Angeles (a nonprofit hip-hop dance organization).”

The first section of “The Cypher” focused on introspective reflections, discussions about the current state of hip-hop and generating ideas.

As they envisioned the future of hip-hop, the participants’ diverse backgrounds, from classic dance academics to social studies researchers, early stage dancers and community innovators, yielded a multi-perspective common ground.

In their discussion, the notion of community was predominant. This led to new ideas about boosting hip-hop outside the boundaries of its current communities and capitalizing on the network to deliver valuable and sustainable programs.

“The systems of dance that are present in hip hop –breaking, popping, locking- are very nuanced, codified and difficult, and they deserve the kind of study, assessment and critique that the European dance forms typically get,” said attendee Christina McCarthy, who has a ballet background and is Vice Chair of Theater and Dance at UC Santa Barbara. “The way in which there’s a focus on life, community, freedom and gratitude is very different than how it is traditionally in the ballet world.”

Among plenty of laughter, reflection and finger snapping in lieu of applause, the second section of “The Cypher” was dedicated to the students, who expressed their professional dreams and looked for mentors or support networks among other participants.

Hip-hop leaders shared advice and offered connections to the future change-makers. Among the speakers were hip-hop legend Bradley Rapier, founder of the award-winning performance group The Groovaloos, choreographer Mike Song, co-founder of the dance band Kinjaz, and Jackie Lopez, co-founder and artistic director of Versa-Style Dance Company, a recognized leader in elevating hip-hop as an art form through practical and academic education.

“…Anything from art administration, to nonprofits to business work, I’m here to help and I’m more than happy to talk to you and provide my services,” Lopez told the students. “I just hope to inspire change and breed change-makers.”

Talking gave way to dancing during the third section of “The Cypher.” Legendary choreographer Anthony Thomas led a locking workshop in which professional and amateur dancers shared the joy of hip-hop and learned a short sequence danced to the tunes of D’Angelo. 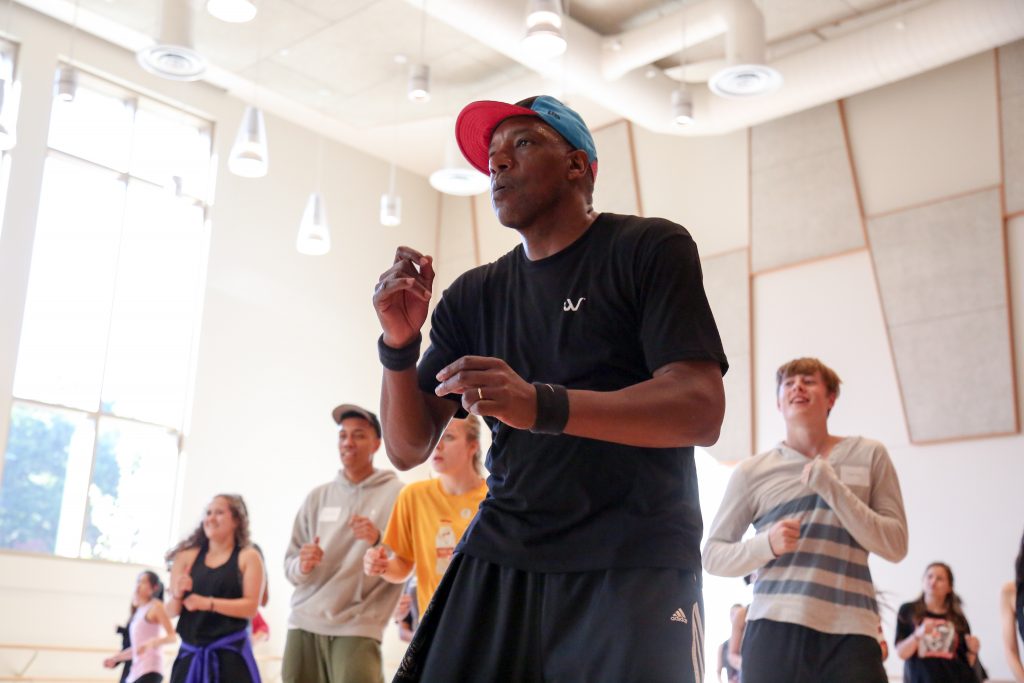 Thomas emphasized the importance of embracing the body’s natural attraction to music.

“You gotta feel the music first,” he instructed. “Remember that before you decided to become dancers, something made you move. It was music that made you move.”

Toward the end of the summit, the mood was set for a get down party. Attendees joined a real dancing cypher, a gathering where hip-hop dancers form a circle to exchange through freestyle, on the patio of the Dance Center. DJs Ervin and Megatone played bits that ranged from funk to Latin rhythms to house music. 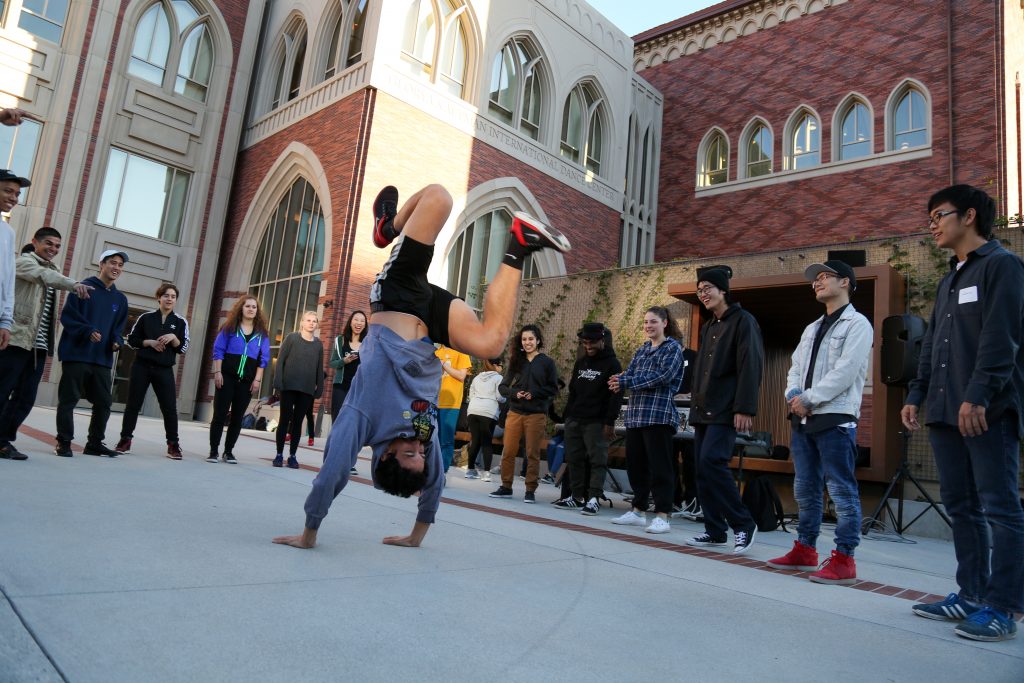 “This platform, bringing all the minds together was pretty inspiring. I had never experienced it before and I don’t know anybody else who’s doing it,” said Jade Zuberi, who goes by the artistic name Soul and has been dancing hip-hop for more than seven years. “This is truly transformational, not only for the teacher, but also for the students. It’s a learning expedition and fuel cycle.”