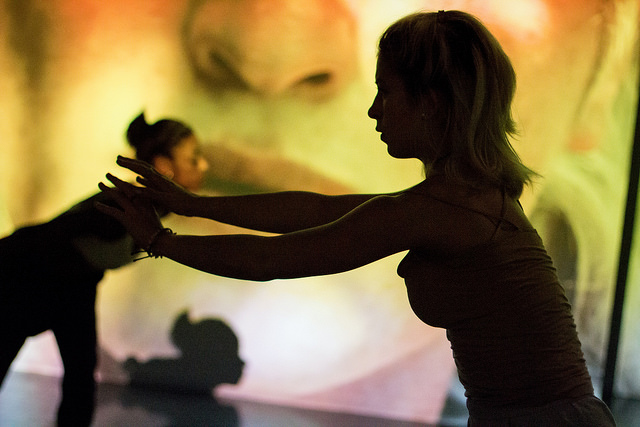 Thomas Edison was one of the first innovators to focus his lens on dance. In 1895, he produced “Anabelle Serpentine Dance”, a hand-tinted color silent short film showcasing dancer Anabelle Moore’s movements. At around the same time, American modern dancer Loie Fuller did pioneering experiments with lighting techniques. Since then, dance and new media have grown side by side, forming fertile ground for interdisciplinary creation.

Increasingly, dancers are turning to new media to distribute their art, as current industry practices require them to distill their artistic identity into a coherent digital persona.

In his dance and new media classes, USC Glorya Kaufman School of Dance professor Patrick Corbin reviews the possibilities in which dancers can appropriate portable digital technologies to expand their choreographic projects and performances.

“New artists need to make very conscious choices of the way they use the new media,” said Corbin. “The bar is very high now for what is expected from dance media makers to put out into the ether.”

Riding the digital wave, cultural institutions incorporate more and more new media in both the art they present and their overall strategy. A Pew Research survey from 2013 found that 77 percent of arts organizations agreed that digital technologies have “played a major role in broadening the boundaries of what is considered art,” and 78 percent of them said that “these technologies are ‘very important’ for increasing audience engagement.”

“The Moscow native has endeared herself to more than 140,000 Instagram followers who are as enchanted by the rare insider view of the rigorous world of ballet as the whimsical, off-duty personal style she offers with each post,” wrote Carlos.

The medium is the message

As storytelling and technology offer dance access to audiences that are unfamiliar with it, media makers face the challenges of interpreting dance and the responsibility of manipulating it through frames and narratives. 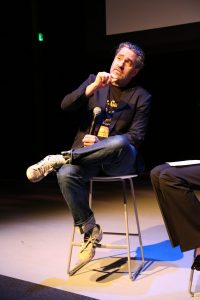 After the recent screening of “Mr. Gaga,“ a documentary on Israeli choreographer Ohad Naharin, at the Glorya Kaufman International Dance Center, director Tomer Heymann touched on the differences between producing media for dance audiences and producing media for a broader audience.

“I remember when I saw the first version of the movie, I hated it. I had forgotten who was Tomer, the child that had never seen dance in his life… I realized that Ohad was not my audience, or the people who know Batsheva [Dance Company],” said Heymann. “Only once we took the freedom not to tell the story of dance, we understood that dance needed to serve different narratives.”

At USC Kaufman, students are continuously pushed to incorporate dance across other fields of knowledge. Last year, student dancers interacted with a video art installation at the USC Fisher Museum of Art. Furthermore, faculty member William Forsythe, a world-renowned dance innovator, serves as a model for them in researching interactions between dance and new media.

“William Forsythe is always shaking up the standards to push them to experiment,” said Corbin.

Forsythe, who also is the artistic advisor for the USC Choreographic Institute, has explored how choreography can materialize into objects through the use of data. During his lecture Futures in Motion, Forsythe explained that the codification of dance allows the viewer to identify patterns that would have gone unnoticed without the process of data visualization. In “Synchronous Objects,” each of the movements from his dance “One Flat Thing, reproduced” is analyzed and coded. The result is a systemized set of information that can be displayed in multiple digital forms.

From filmmaking to social media to real-time performance, the dance world is beginning to flex its new media muscles. Not only is it helping dancers reach new audiences, but it is also adding a new dimension to their artistic products.