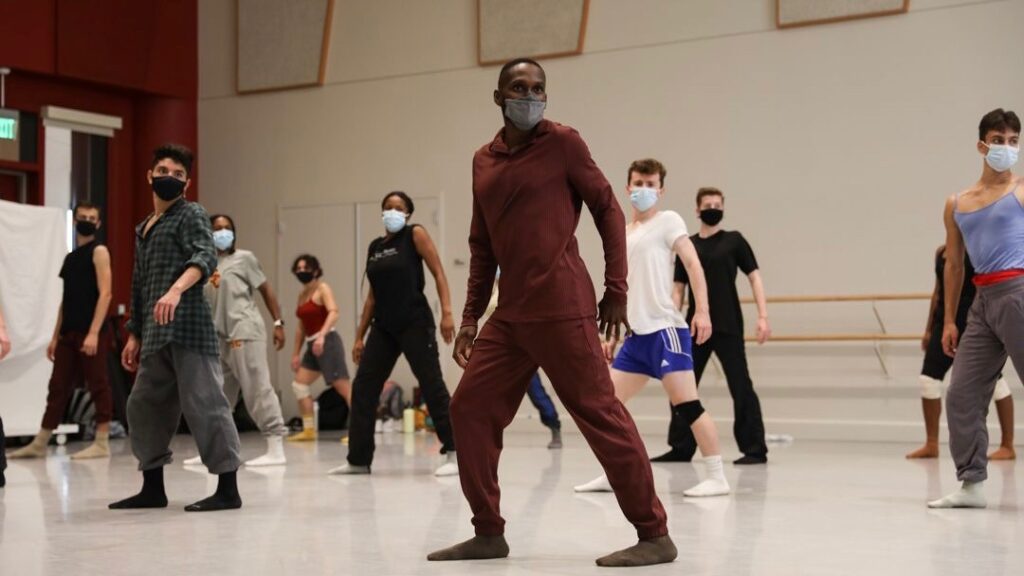 At the USC Glorya Kaufman School of Dance, BFA students have the opportunity to collaborate with distinguished artists in the field. This semester, the Class of 2022 has been working with Artist in Residence Jermaine Spivey on a new work to be premiered via livestream on Nov. 30.

Background in dance and education

Spivey brings his extensive background in the arts to his role at USC Kaufman. He attended The Baltimore School for the Arts and then The Juilliard School. After receiving his arts education, he danced professionally with various companies. He also became a dance educator at schools across the country.

He eventually found his way to USC Kaufman through his working relationship with Jodie Gates, Professor of Dance and Founding Director at the School of Dance. Since becoming a USC Kaufman Artist in Residence in the fall of 2018, Spivey staged Crystal Pite’s Ten Duets on a Theme of Rescue on several BFA students. In addition to being performed at the Glorya Kaufman International Dance Center, the work was also featured as part of the USC Kaufman NYC Debut at The Joyce Theater in 2019.

Dance studios closed for many months due to COVID-19, and this is the first semester back in-person for the BFA students and the USC Kaufman faculty since the pandemic began. Spivey described collaborating in-person with the Class of 2022 as a pleasure and noted the talent of the students. He explained that their abilities go beyond dance, and there will be student-made contributions in the new work. Anijah Lezama (BFA ‘22) created music for the piece. Elise Monson (BFA ‘22) wrote text that will be incorporated and Casey Murray (BFA ‘22) will be lending his voice and guitar skills.

“It has been a real pleasure to be back in a real studio with people that are eager to absorb information and learn,” Spivey said. “In the senior class, there’s so much talent in dance, but they’re also scholars, thinkers, creators and innovators. We’re working with the hybridity of all their talents.” 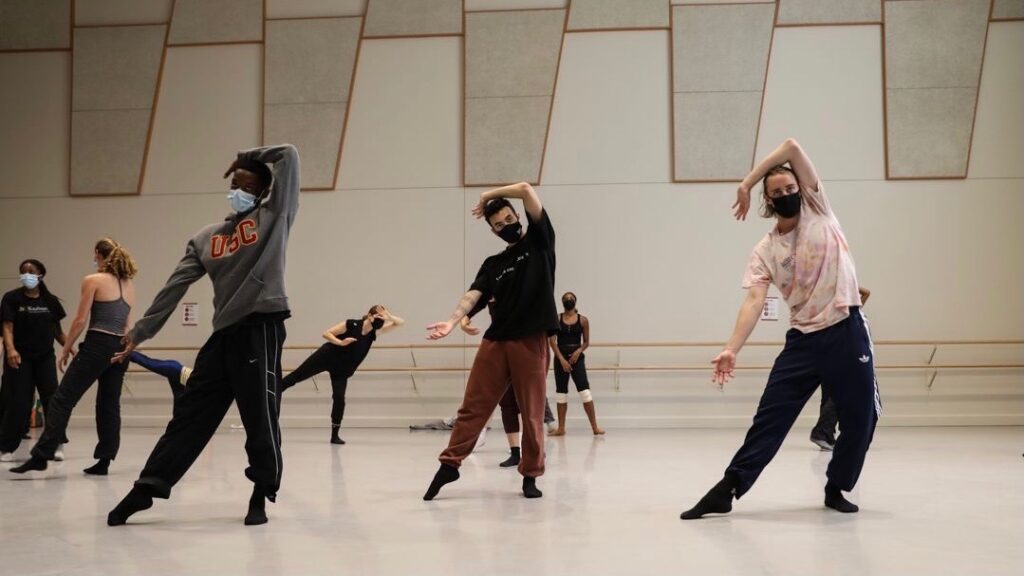 The inspiration for Spivey’s new work stems from the difficult time that transpired over the pandemic for artists. However, he does not want to focus on the lows that many faced during this time. Instead, he hopes the work offers something more playful and thought-provoking.

During the semester, Spivey said he gave the BFA students a writing assignment in tandem with their dancing. He provided a prompt about seeing and perspective. Spivey also asked the students to play with homophones, words that sound alike but have different meanings and spellings. He offered the relationship between “seen” and “scene” as an example.

“I wanted the students to play with how to conceptualize words into a phrase to make some sense but also make something that isn’t really about anything,” Spivey said. “This expresses a lot of what I’ve noticed over the last few years. A lot of things seemingly make sense, but somehow underneath there are empty words. Then if you rearrange those words, or if you change the way that you look at them or hear them, then you find new meaning. That’s my sneaky way of trying to express something that is real that I feel like is happening to all of us.”

Spivey’s new work will debut over livestream, which means they have been working to produce work for the camera. During the semester, Spivey has been working with filmmaker John de Menil to design the recording of the piece. In addition to the camerawork, the piece will incorporate background projections as well. According to Spivey, Assistant Professor of Practice Dawn Stoppiello has been leading the production’s multimedia features.

When the audience views the performance, Spivey hopes each individual’s experience is unique. Overall, he wants to offer a moment to think, laugh and spark a conversation about the art. For the BFA students, he hopes they take away insight on collaboration and community in performance.

“I hope the dancers learned something about what it means to work together,” Spivey said. “We structured the piece in a way where the scene is dependent on everyone else, so you can’t really be alone in the piece. Each dancer is an individual. They have to make individual choices, but they’re making them as a contribution to a whole.”