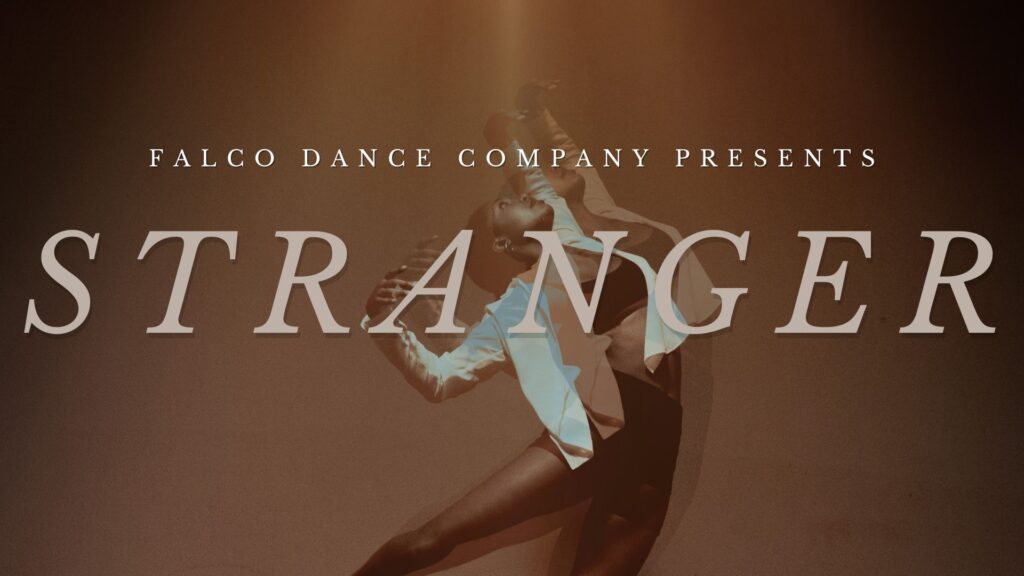 The creation of Stranger consisted of a two-week process for both the choreography and music. Most days consisted of an hour-long warm-up class going into three rehearsal blocks of varying lengths. The two choreographic processes were happening at the same time. Dancers often jumped from piece to piece throughout the day. While this was happening, Naffier was busy at work creating the musical composition in real time. Most days ended with a company or creative team meeting discussing how the process was going. By the end of the two weeks, 60 minutes of original dance and music was made.

“This event is an exploration of what it means to be a stranger; how easily strangers become friends, friends become strangers, and how sometimes the most curious stranger is the one in the mirror,” said Falconer. “Grounded in notions of returning home and the full-circle nature of life, the music and dance created for this event were formed from feelings of nostalgia, excitement, and joy, as well as anger, fear, and confusion; in other words, all the emotions that we strangers carry with us everyday.”

Stranger premiered on June 23-24, 2022. Audience members had the option to attend the performance live or watch the livestream. Aligned with Falconer’s commitment to accessibility, the sensory friendly, in-person performance provided complimentary ear plugs. They also provided fidget tools and other sensory resources to nurture a more accessible performance environment.

With the creative process of Stranger, Falconer announced her project-based dance company, FALCO. The company’s first initiative has been to establish the  WOODWORKS Traverse City Residency Program. Falconer organized this residency through secured funding and partnerships in her local community. These partnerships included working with Company Dance Traverse, Dance Arts Academy, the Traverse City Opera House, and more. However, this initiative goes beyond the two-week collaborative creative process.

“This program is developing into something much more complex and beautiful than I could have ever imagined. It is crazy what can be accomplished when a community comes together, to make, teach, share, support and learn.”