Recap of the USC Kaufman Debut at The Wallis 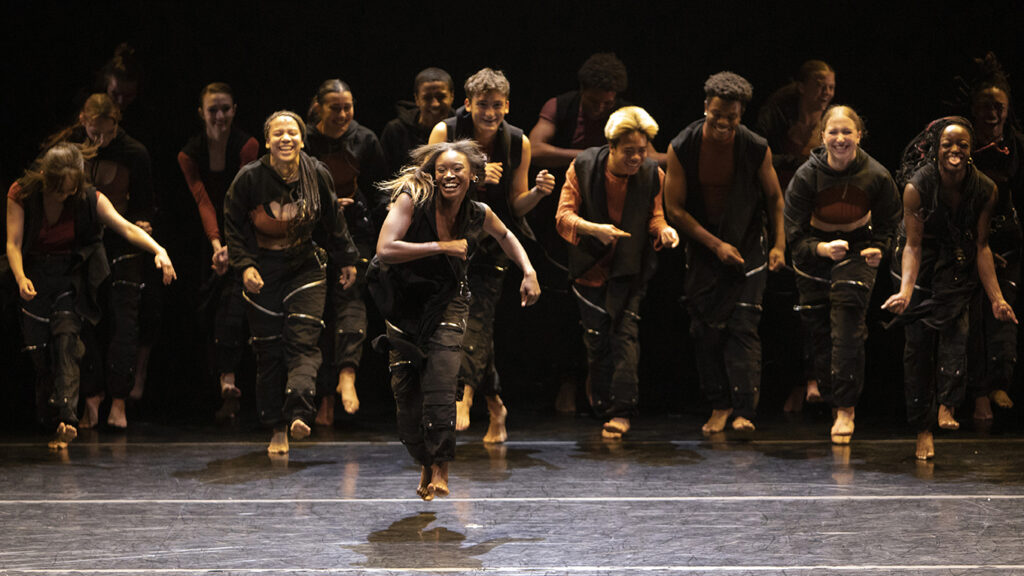 To close the spring semester, USC Glorya Kaufman School of Dance BFA students performed in a culminating event at the Wallis Annenberg Center for the Performing Arts in Beverly Hills, Calif. The show highlighted the artful and diligent work of students in all four cohorts. It also featured both highly-renowned and new choreography from artists including USC Kaufman lecturer Achinta S. McDaniel, guest artists Ohad Naharin and Justin Peck, and Artists in Residence Tessandra Chavez, Toyin Sogunro and Doug Varone.

Significance of The Wallis performance

This performance offered the first live, in-person showcase of USC Kaufman BFA students since the start of the COVID-19 pandemic. It was also the last USC Kaufman performance for many of the graduating seniors. Glorya Kaufman, the Principal Benefactor and Founder of the School of Dance, reflected on the experience of these students in her note to audience members.

“It’s incredible to think about how much these students have grown during their four years at USC Kaufman,” she said. “I can’t wait to see what they’ll do next and how they will impact the dance field and beyond.”

This was also the final showcase under the direction of Dean Robert Cutietta. After more than 20 years at USC, he will be stepping down as dean at both the USC Kaufman and the USC Thornton School of Music this year. His contributions to the arts at USC have been unrivaled, said Kaufman. For future USC students, he leaves behind a lasting legacy of artistic and academic achievements.

Performances at The Wallis 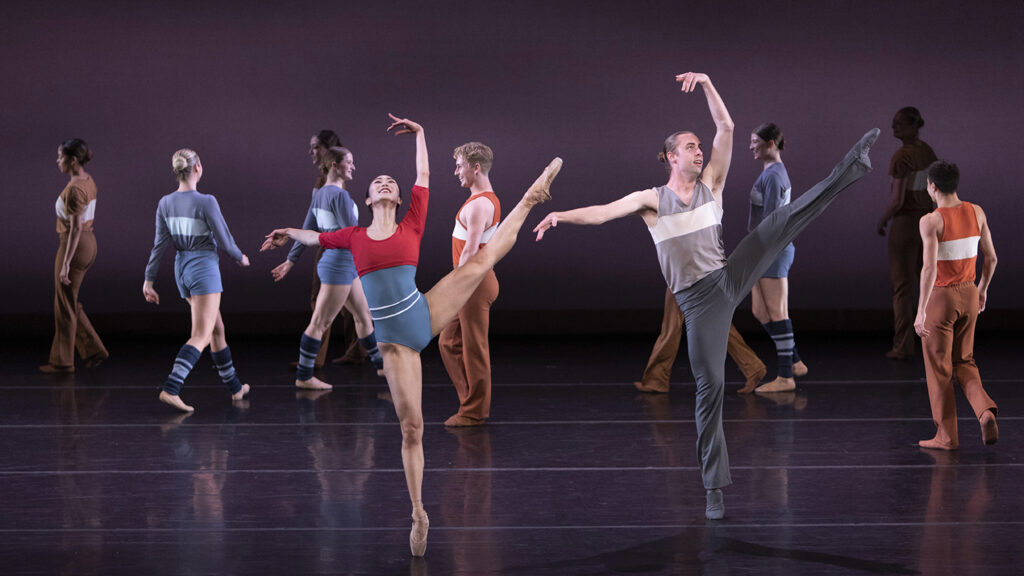 Agnes de Mille originally choreographed Rodeo, which premiered in 1942 with music by Aaron Copland. De Mille’s piece offers a Western setting with narrative components of a rodeo, indicated by its title. Peck’s take on Rodeo debuted in 2015, and it steered the choreography in a new direction. He took the narrative out of the ballet to focus more on dancers’ physical responses to the music. USC Kaufman Artist in Residence Michael Breeden staged Peck’s version of Rodeo for the performance at The Wallis. Read more about Breeden’s experience working with the BFA students and Peck’s choreography here.

The Artist’s Struggle for Integrity by Toyin Sogunro

Sogunro worked with members of the Class of 2025 to set her new work. According to Sogunro, she came in with the intention of setting a structured house dance piece. However, she decided to follow a nontraditional process after meeting the students. She pulled from the connections she made with the students through group conversation about their experiences as freshmen to create the choreography. To create a meaningful work, Sogunro wanted the dancers to connect with the music: a house track with James Baldwin’s speech, The Artist’s Struggle for Integrity, overlaid on top of it. She broke down the script for them and had them read the words and discuss their connections to them. She said that she could see that the dancers initially connected to the music, but after deep diving into the words they created a stronger relationship with the text. Read more about Sogunro’s experience setting a new work on the Class of 2025 here. 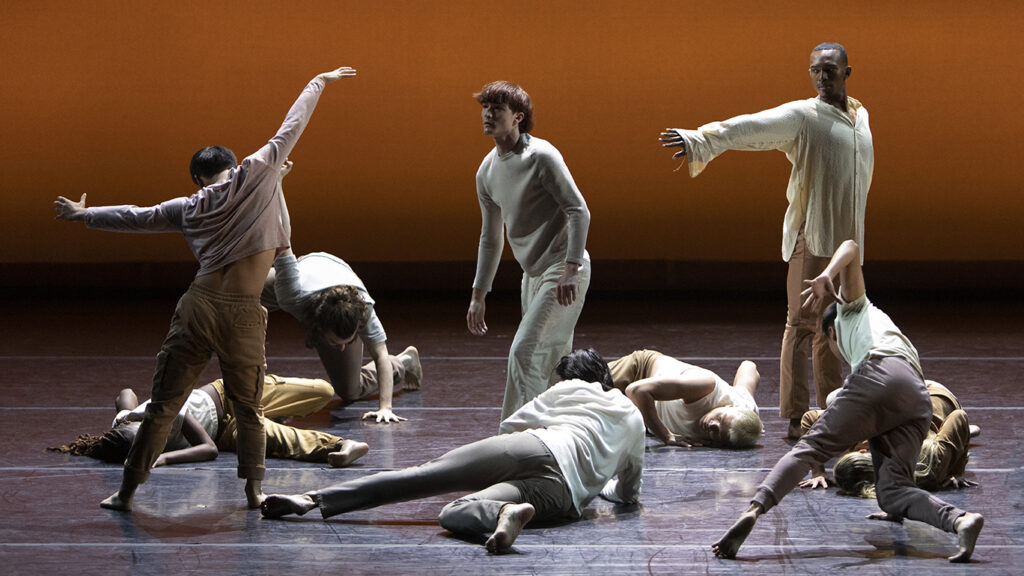 the momentum of memory by Doug Varone

Varone began choreographing with the Class of 2024 at the start of the semester in January to a score by New York-based composer David Lang. He described his creative process with the students as very organic. He explained that the inspiration for the piece comes from the dancers themselves and the music available to him. Varone began the process by asking the students to create their own movement phrases. He then took this movement and set structure and music to it. While Varone hopes audience members form their own unique responses to the dances, he wants to convey a sense of universal physicality through the art.

Varone’s piece the momentum of memory is loosely based on the concept of Representational Momentum: the idea that each time a memory is recalled, the image shifts slightly, and the memory perception changes, eventually altering the initial reality, sometimes radically. Read more about Varone’s experience creating a new work with the Class of 2024 here. 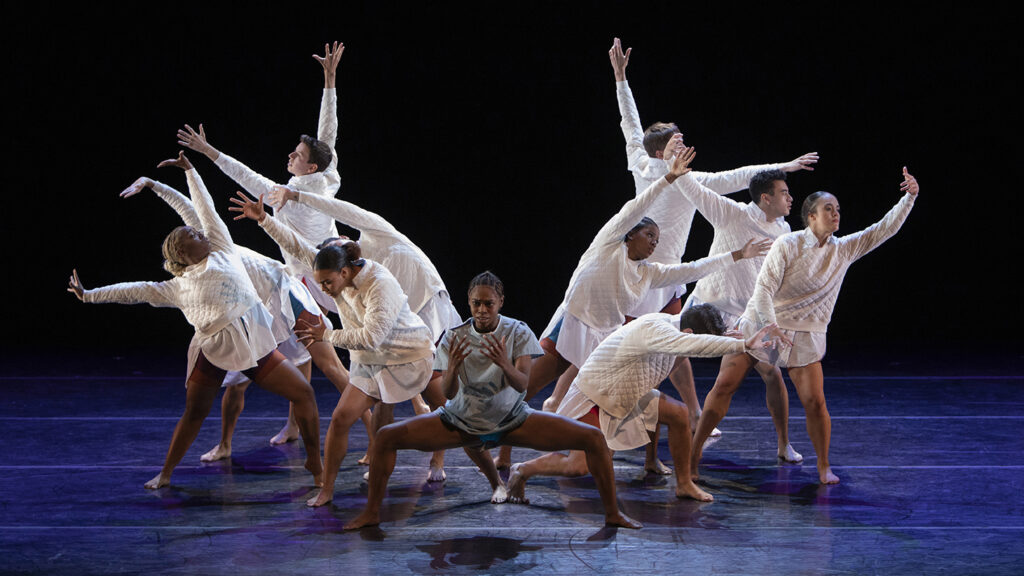 Chavez, a two-time Emmy Award-winning choreographer, set a new work on members of the Class of 2022 and the Class of 2023. She began the process in February, and worked with assistant Connor Gormley throughout the semester. According to Chavez, Big White Room revolves around one dancer, Emily Carr (BFA ‘22), who tells the story of an artist struggling with anxiety and perfectionism. The ensemble dancers symbolize the stereotypical white padded isolation room found in insane asylums. Chavez’s work presents commercial dance as an important step for the school in solidifying their commitment to its motto, “The New Movement.” This emphasis shows students that their dance careers can be broad and not limited to one realm of dance. Read more about Chavez’s experience choreographing a new work with the Class of 2022 and the Class of 2023 here. 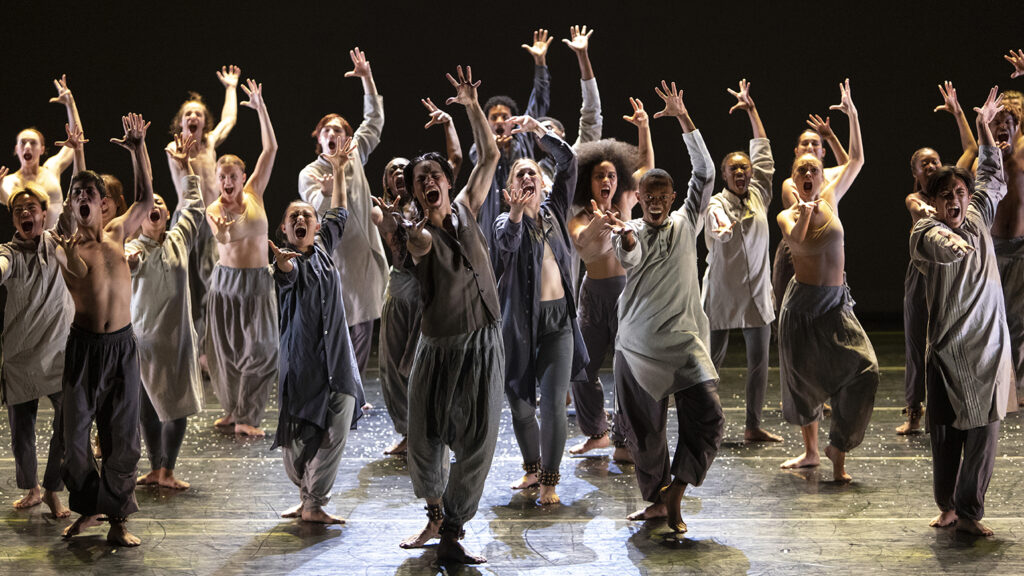 McDaniel considers her work as an Indian American choreographer to be contemporary. While her choreography employs some classical Indian elements, including Kathak, she views her work as a unique American creation. For The Wallis, McDaniel created a new piece titled 1947 with the Class of 2024 and the Class of 2025. McDaniel’s piece draws from the colonial history of modern India and Pakistan. She explained that the year 1947 denotes when India gained independence from the British. Through the work, McDaniel strives to highlight the bloodshed that occurred after colonizers partitioned land based on religion, and its lasting effects. McDaniel noted that this history is not widely known, especially in the West. Through 1947, she aims to honor this reality and share it with students who have not engaged with this material before. McDaniel also wants to combat the monolithic representation of Indian and South Asian identity that exists in the West. Read more about McDaniel’s experience creating a new work with the Class of 2024 and the Class of 2025 here. 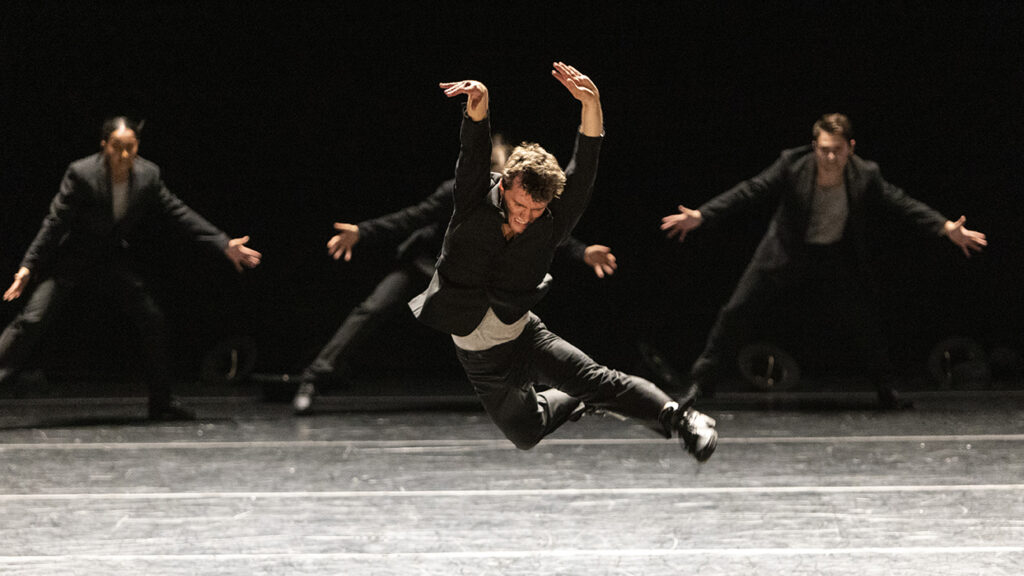 Minus 16 by Ohad Naharin

Naharin originally created Minus 16 for Nederlands Dans Theater. It is based on excerpts from other pieces in Naharin’s repertory, including Mabul (1992), Anaphaza (1993) and Zachacha (1998). USC Kaufman lecturer Bret Easterling formerly danced with Batsheva Dance Company in Tel Aviv, Israel under the art direction of Naharin. After he left, Easterling began working as a stager of Naharin’s work for collegiate dance programs and companies. For The Wallis, he staged Minus 16 with members of the Class of 2022 and the Class of 2023. He described the 35-minute work as a fun and entertaining piece. It evokes different dance forms and utilizes varied movement vocabulary and music. Read more about Easterling’s experience with the Class of 2022 and the Class of 2023 here.

View more photos from the USC Kaufman Debut at The Wallis on Flickr. USC Kaufman Artists in Residence are supported in part through generous funding from The Choi Family Artists in Residence Fund. Additional production support provided by a generous gift from Katherine and James Lau. This performance of Minus 16 is supported in part by Renae Williams Niles and Gregory Niles.