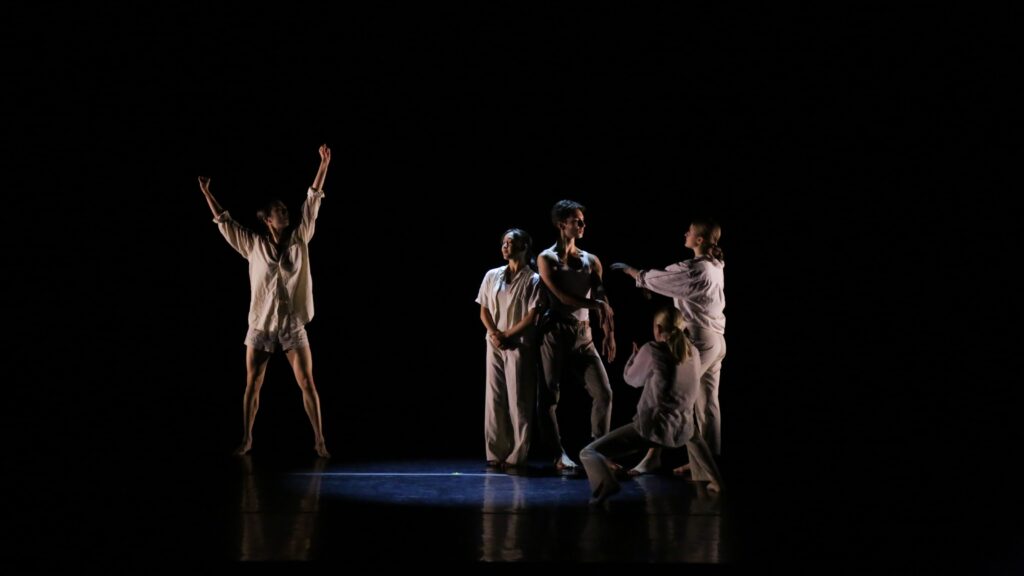 The Southern California Choreographic Collective (SCCC) is a student-led organization. They have four main pillars: highlight student choreography, create space for students to present work, use dance as a means to create community, and promote collaboration.

In 2017, juniors who wanted more opportunities to choreograph and present their own work founded SCCC. According to India Dobbie (BFA ‘22), the organization originally limited membership to third and fourth year students.

“We wanted to keep only third and fourth year students for the executive board, but we opened choreographic opportunities to all classes,” Dobbie said. “We didn’t feel a need to limit it, and we knew first and second year students were eager to share work.”

BFA students sit on the executive board for one academic year. For 2021-22 the members included Dobbie and Elise Monson (BFA ‘22) as co-presidents. Maddy Falconer (BFA ‘23) served as vice president. Eileen Kim (BFA ‘23) and Wyeth Walker (BFA ‘22) were event managers. Colin Heino (BFA ‘23) and Anthony Tette (BFA ‘22) volunteered as finance officers, and Stefano Gallelli (BFA ‘23) as social media manager. While the club doesn’t necessarily have members, the board produces shows that are open for involvement from all USC Kaufman students. 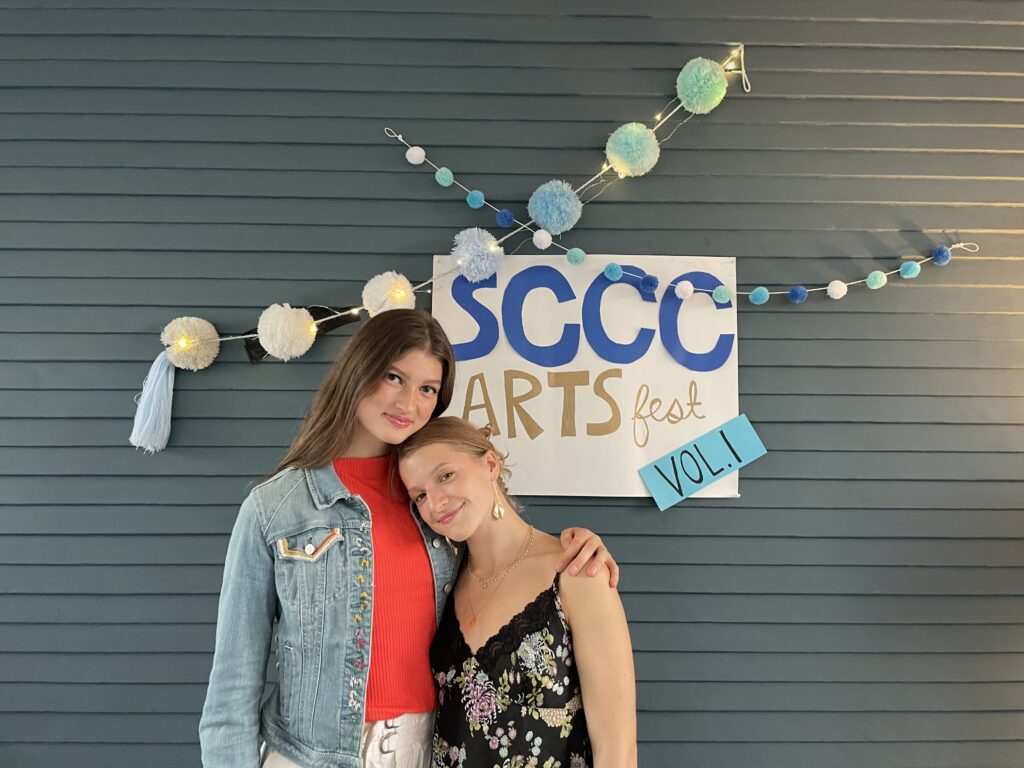 “We are trying to give USC Kaufman students the opportunity to dance and present their work outside this building, without the pressure of being in an academic setting,” Kim said. “As board members, we create spaces for things to happen. It’s important to do this outside of USC Kaufman because the collaborative effort is really essential.”

According to Dobbie, the organization has looked different every year regarding how it showcases student work and its mission. This year, returning to in-person events was a chance for the organization to create a new foundation.

This May, USC Kaufman had the Bing Theatre reserved for a week for school shows. One night was left available, and Dane Martens, Head of Technology and Dance Operations at USC Kaufman, notified SCCC that they could produce a show using that space. Martens gave them this information back in September 2021, so they had time to plan. Monson explained that SCCC’s focus last fall became to generate interest in the organization in preparation for their spring show. They created three informal events titled ARTSfest volumes 1, 2 and 3. These shows were a test run for the spring show at the Bing.

“ARTSfest was Eileen’s idea. We wanted more cross-disciplinary collaboration, allowing students at different arts schools at USC to connect,” Monson said. “We started with ARTSfest 1 and reached out to all USC Kaufman students, saying anyone could present work. People loved it because they were able to show work, be with peers and meet people from different majors.”

Each ARTSfest showcased a different group of choreographers and dancers at an outdoor location, followed by a gathering. This allowed not only BFA students within USC Kaufman to meet each other, but for people from different majors across USC to mingle.

“These shows gave us a space to interact with the first and second year students, especially because once you reach the junior-senior point, there’s less opportunity built within the curriculum to do that,” Heino said. “This was a space for us to get to know them outside an academic institution.”

All the board members agreed that their main role is facilitating other people’s artistic visions. As a group, they organize the choreographers and dancers into a show. Dobbie said that this academic year they have presented work by 35 different choreographers.

“SCCC allows people to gain experience in producing events and learn how to organize things. This is so helpful for students, to watch and learn how to make these shows and events themselves,” Monson said. “At USC Kaufman they do everything for us, so we don’t see the behind-the-scenes and how much goes into producing a show.”

The board emphasized the importance of dancers learning how to produce their own shows.

“What we do as a board is create opportunities for dancers to understand that they are not just a body that’s told what to do,” Kim said. “If you want to be an artist that presents your own work, you need to know all these other things. You can’t just be a dancer in this world.”

With no production classes currently offered as part of the BFA curriculum, the students utilized their connection to USC Kaufman to learn these skills. According to Monson, dance operations’ Martens and other staff taught them who they needed to hire and who to contact.

“We also just learned through trying,” Monson said. “All the board members come in with different backgrounds and skills to contribute, and it was really a team effort.” 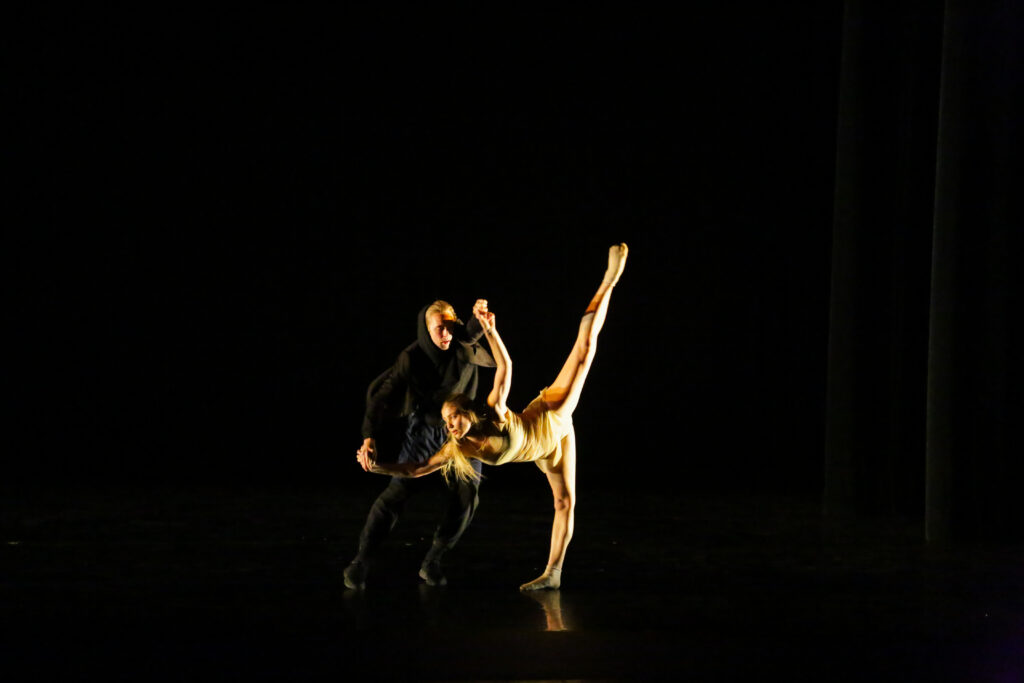 For incoming BFA students who are looking for a chance to present their work outside of USC Kaufman, it is easy to get involved. Kim, one of the co-presidents for next year, said they will continue with ArtsFest volumes 4, 5 and 6. Choreographers will have the chance to pitch ideas for these events. Typically, choreographers choose their dancers and will pitch the cast to SCCC’s board as well.

“For our informal events, choreographers just have to give us a rough idea of their their piece,” Monson said. “For the Bing show, choreographers had to present videos and be clear about their idea and who was going to be in their piece because we had to sign contracts.”

The spring show at Bing followed a more formal process. According to Monson, SCCC solidified the choreographers by February, and required them to submit progress videos throughout the semester. However, every year looks a little different for SCCC, and the board is still brainstorming new and exciting ways to promote collaboration and create community in the coming year.