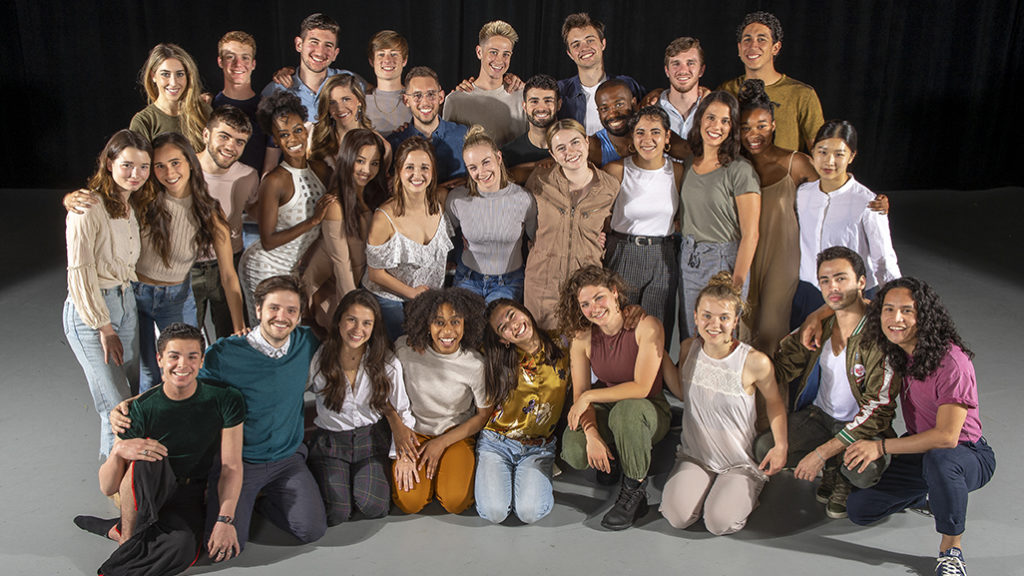 Since becoming the first cohort of BFA dance majors to graduate from the USC Glorya Kaufman School of Dance, members of the Class of 2019 have started to establish themselves in the dance industry and beyond. These artist scholars have secured company contracts with major dance companies, performed internationally, self-produced projects, pursued various interests and more. Read below for some of their recent accomplishments.

Madison Vomastek and Satori Folkes-Stone joined the cast of Broadway’s West Wide Story revival. They begin previews Dec. 10 with an opening in February 2020.

Aidan Carberry and Jordan Johnson’s choreographic collective, JA, was recently nominated for a World Choreography Award for their choreography on half•alive’s “still feel” music video. The duo continue to tour with the band, and are also preparing for a full-length evening at the Odyssey Theatre in 2020.

Rebecca Troyak will be a full-time performer in Tyra Banks’ ModelLand, where she will be part of the inaugural cast of the live, immersive experience show.

Mark Daftari was featured in Todrick Hall’s music video for “Nails, Hair, Hips, Heels,” as well as Sam Smith’s video for “How Do You Sleep,” choreographed by Parris Goebel. He also landed a spot on Idina Menzel’s “I’ve Got My Love to Keep Me Warm feat. Billy Porter” music video.

Rachel Walton just finished work with William Forsythe on a collaborative installation project Acquisition/Körperschaft at Museum Folkwang in Essen, Germany. Upon her return to Los Angeles, she will resume work with several dance companies.

After performing on the Netflix show GLOW and with LA Contemporary Dance Company in EBB in 2019, Olivia Euritt signed a contract with Royal Caribbean Cruise Lines. Currently, she is dancing and traveling throughout Asia.

Helen Gratch, Stephanie Dai, and Sophia Oddi continue to teach and dance both in concert and commercial works in Los Angeles. Ardyn Flynt is doing the same, plus battling in the local hip-hop community.

Trevor Daw joined Alejandro Cerrudo’s team for creating new works, worked with Kenny Ortega on the Wynn Hotel project. He also appeared in commercials for Spotify and others. Fresh from a summer at the London Academy of Music and Dramatic Arts, Brandon Carpio recently returned to Los Angeles to pursue dancing and acting alongside classmate Juan Miguel Posada Penagos. Posada Penagos most recently performed in Aspen Santa Fe Ballet’s The Nutcracker and worked with Jacob Jonas The Company on Kanye West’s opera, Nebuchadnezzar.

Dylan Balka is working in New York with Pony Box Dance Theater, as well as choreographing and dancing in a number of other freelance projects. Noah Guthier has also relocated to New York. As he familiarizes himself with the city, he has discovered an interest in pursuing education as a career.